Jun 19 -  The Camp Verde Historical Society runs a Museum - Research Center on Main Street in Camp Verde.  We have stopped by there a number of times but it is only open on Tuesdays 10:00 a.m. to 3:00 p.m.  We were always there on the wrong day or at the wrong time!   Today we finally timed it right and were able to tour the Museum - not the Research Center.

The Museum is the former Camp Verde Elementary School built in 1914.  The Museum is housed in the two front rooms. 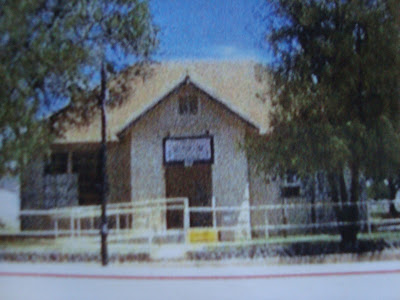 We followed the various displays around the room.  Settlers of the Verde Valley often traveled by wagon pulled by Oxen.  Here is Ox Yoke and Wagon Wheel.  The comment card stated that oxen were a good choice by the settlers because in an emergency the oxen could be eaten! 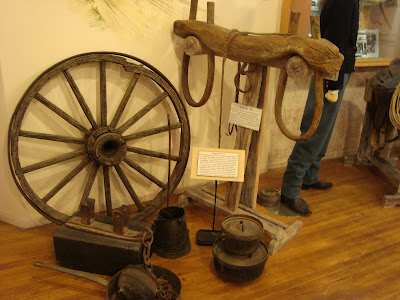 Calvary man shown with western saddles.  The third saddle is designed for ladies to use with their long skirts.  It is still in use today and will be used by one of the local ladies during Camp Verde Days. 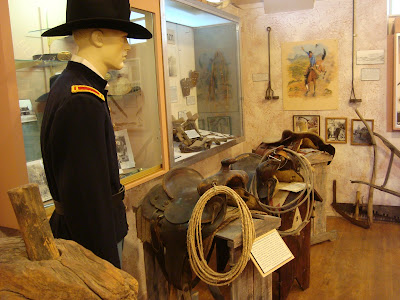 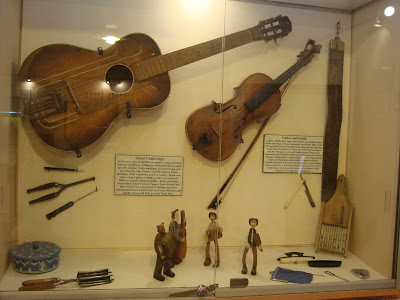 The lady of the house. 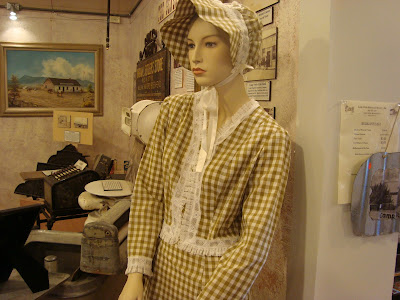 The still for making moonshine!! 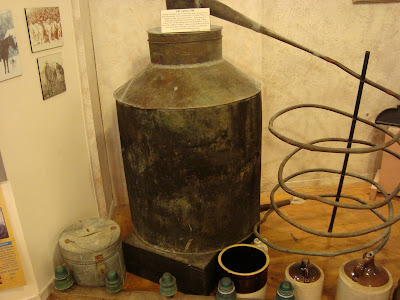 The exhibit of Bolo Ties was fascinating.  There were so many of them with different kinds of ornaments.  We were told that the Governor of Arizona has declared the Bolo the Official Tie of Arizona.

Robert Mack Rodgers and Clint DeWitt Wingfield moved to Arizona in 1877 and 1875 respectively.  Together they bought the Suttler’s Store in 1893.  On July 2, 1899 they were both shot dead by Black Jack Ketcham causing one of the most famous manhunts in Arizona history.

While being pursued by the Yavapai County Sheriff and his Posse for the murders of Mac and Clint, Black Jack robbed a Union Pacific train.  The conductor shot his arm off below the elbow with a shot gun.  Black Jack was found by the posse, lying beside the railroad tracks. 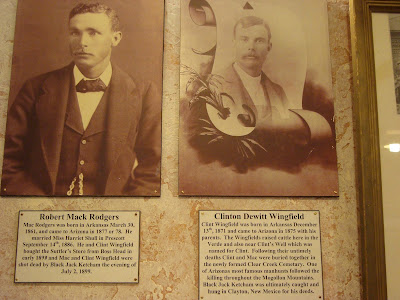 Black Jack was taken to the gallows in Clayton, NM where he was caught to be hanged for his dastardly deeds!  The executioner left too much rope and Black Jack was decapitated!  The undertaker reattached the head before parading Black Jack through the streets for the crowds to see.

Black Jack at the gallows. 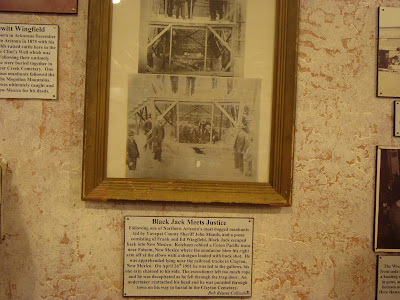 When a Post Office was established in Payson in March 1884, a mail contract was let to Ashton Nebeker to carry the mail by horseback from Camp Verde.  Later post offices were added at Pine and Strawberry.  Over the next 30 years more than 60 men served as mail carriers, making the 50 mile run three times a week.  Most of the time they carried a sack of mail over the saddle horn but often needed to use a pack horse when the mail order houses sent out new catalogs. 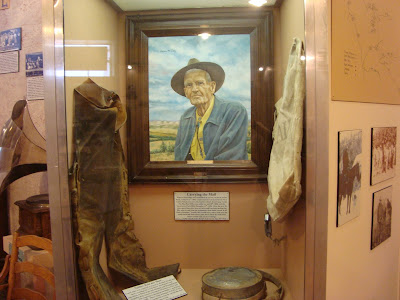 Posted by Highway Runner at 6:23 PM No comments:

Jun 17 - Father's Day - Earlier this week, we got a phone call from Rockey asking if we could join them for omelettes at The Coffee Pot Restaurant in Sedona.  Of course we could -- have you ever know us to turn down a meal??!! 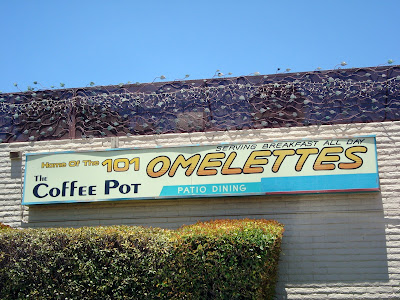 It was a beautiful day, so we chose Patio Dining.  It was delightful!!  Dick, Ken, Faye and Rockey 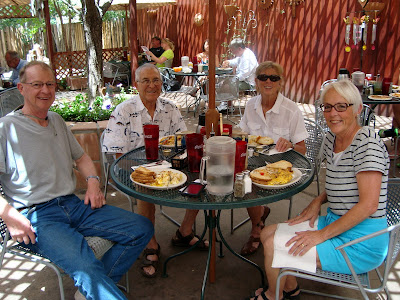 
Everything was scrumptious!!  Thank you Rockey and Dick for thinking of us and inviting us to join you for this special treat!!

Dick said they are leaving for Vegas tomorrow morning.  Dick is scheduled to take a pool lesson from some pro in the area.  Rockey has gotten into pool, too, and she may take a lesson herself!!  Have fun guys!!
Posted by Highway Runner at 6:22 PM No comments: