SIDE TRIP TO FRANKENMUTH, MI

July 21 - On Tuesday, July 20, Stan and Sally moved from TT St. Clair to Lake Shores RV Park in Davidson, MI, about 50 miles away. Since it was a ROD (Resorts of Distinction) Park, and we had never been there, we decided to join them. What a huge park!!! With a million kids!!!

The German town, Frankenmuth, is only about 25 miles away from Lake Shores. Sally was anxious for us to see the neat little town, especially Bronner’s Christmas Shop. It was unbelievable!!! More Christmas stuff than you would find at Santa’s Workshop!!! 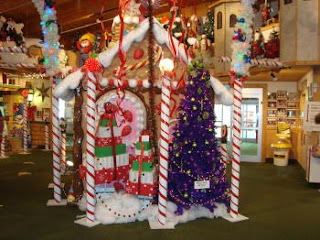 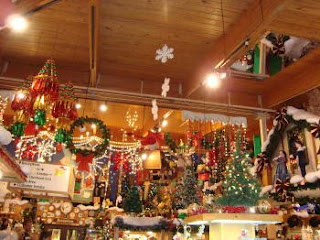 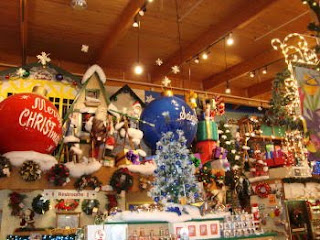 Sally and I pose with Santa! 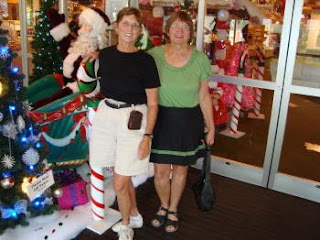 After traipsing through Bronner’s, we went to lunch at the Bavarian Inn for an authentic German meal. 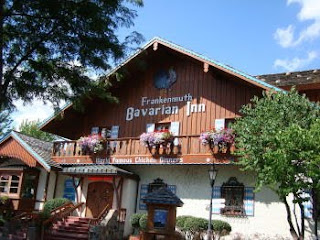 We had an authentic German waitress!! 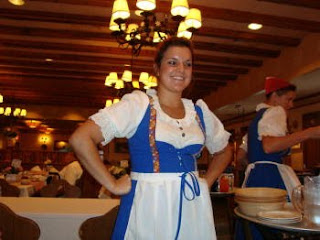 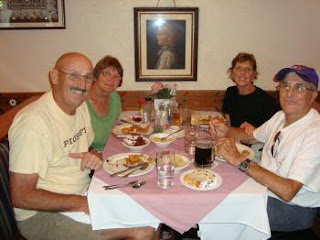 Lunch was good, but we probably don’t need German food but once a year!!
Posted by Highway Runner at 3:53 PM