SUZANNE TO THE RESCUE AGAIN AND AGAIN!!

April 17 - In mid-March, I Blogged how my friend, Suzanne, had shown me how to download and install Rhapsody and Audacity so I could record my on music for line dancing!! I have really gotten a big kick out of doing that!!

However, recently I began having problems. Rhapsody would interrupt the songs while I was recording. Also, a session that should have used only one of my 25 Free Plays was using as many as four Plays. Maybe even five!!

Our paths crossed again when we were at TT Orlando and she helped me solve the problems. We figured all the mess with Norton may have caused a mix-up in the Rhapsody program. Ultimately, we removed the Rhapsody program from my computer and re-installed it. Everything is perfect again!!

This is us after solving the Rhapsody problem. Notice the big smiles of success!! 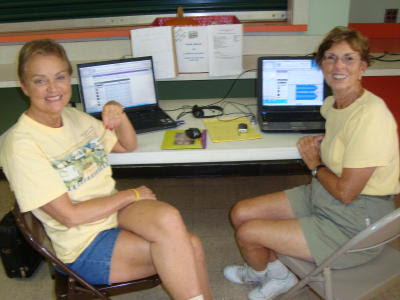 But, the greatest trick she taught me!! - A few weeks ago, when we were working together, Suzanne noticed I was minimizing, or moving things around on my computer screen so I could get to ICONS on my Desktop. She showed me a better way!! Simply press that little Windows symbol in the upper right corner of my Keyboard (looks like a flag made up of four little flags) and while holding it down press the “D” key (D for Desktop) on the Keyboard. WaLa!! All programs minimize instantly and I’m looking at my Desktop!!

See the Windows symbol to the right of PauseBreak. 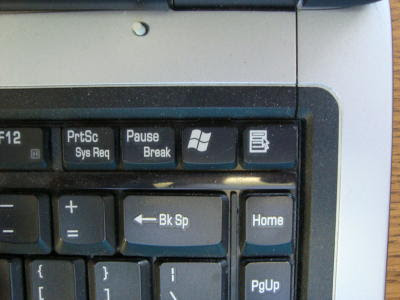 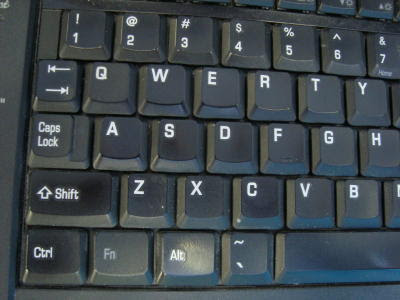 It's a miracle!! I can’t believe in all my years of computing, I never knew that!! To work on the programs again, simply click on them on the bottom Tool Bar.

Thank You, Suzanne for sharing this Gem!!
Posted by Highway Runner at 3:00 PM