When we left the Hoover Dam, we decided to take a different route back, so we took Route 93 south to Kingman, AZ. From there we took Historic Route 66 through Oatman, an old mining town. 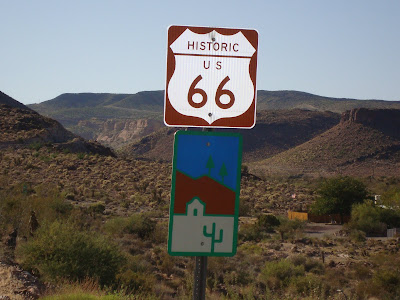 Route 66 was a narrow winding road, with many hair-pin turns so several times it seemed we met ourselves on some of the turns! Scenery along the way. 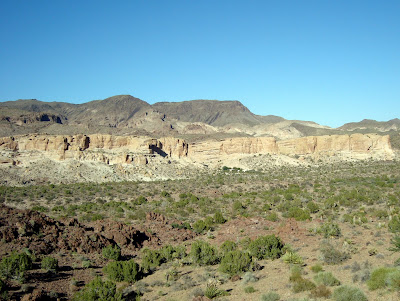 A sign about the mines seen just outside of Oatman. The sign reads: There are five active Federal Mining Claims in this area on both sides of the road. Due to changes in the mining laws everyone needs to get a permit to be on the claims. To get a permit see Don at 9044 Oatman Road. 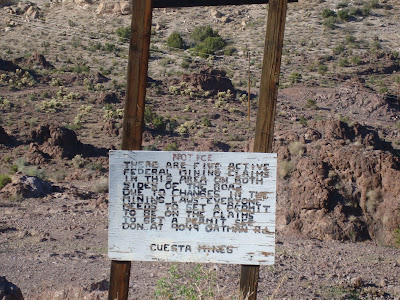 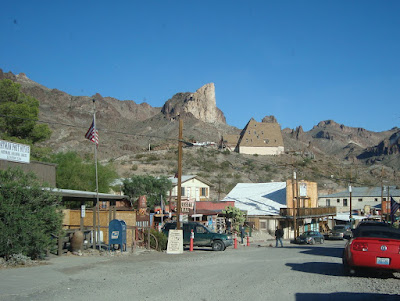 Below: A sign on the outskirts of town: Oatman was founded about 1906, By 1931, the area’s mines had produced over 1.8 Million ounces of gold. By the mid-1930s, the boom was over and in 1942 the last remaining mines were closed as nonessential to the war effort.

Burros first came to Oatman with early day prospectors. The animals were used for hauling water and supplies. As the mines closed and people moved away, the burros were released into the surrounding hills.

Wild burros are protected by Federal Law from capture, injury or harassment. Help protect these living symbols of the Old West. 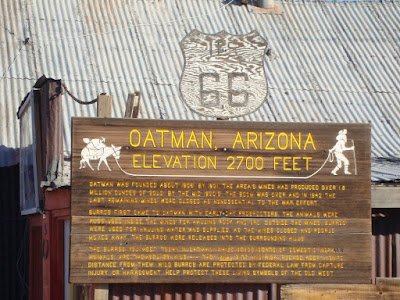 We drove past the Historic Oatman Hotel (below). The Oatman Hotel is said to be haunted with the ghosts of Clark Gable and Carol Lombard who were married in nearby Kingman in March 1939 and spent their wedding night at the Hotel. They enjoyed their stay so much they returned several times. It is said they have so many fine memories of the old hotel that they refuse to leave. 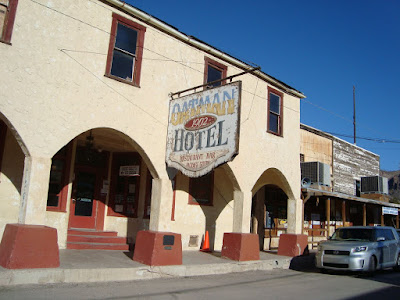 Wild burros roam the town, going in and out of the shops at will! 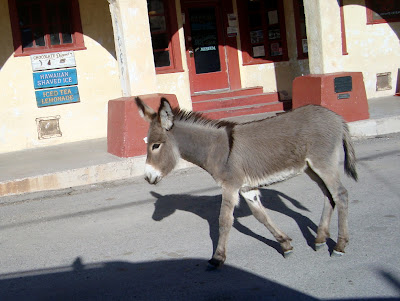 Or welcoming drivers as they drive through town! 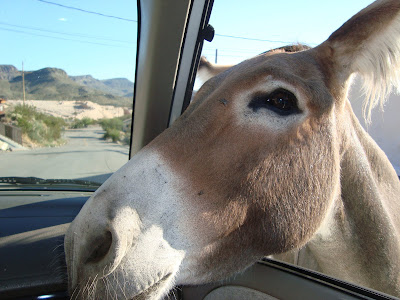 Faye your blog is just awesome. I always enjoy looking at it and seeing all the traveling that we are missing. So I travel through your eyes! Great to see that you both are doing so well. We miss you, and our camping times. Karen & Harry