Mar 22 - Had another follow-up appointment with my Ophthalmologist in Loma Linda late this morning.  When we left his office, it was just about lunchtime.  Great!!  As you know, we have been checking out various  taco places in the Inland Empire as recommended in an article in the Inland Empire Magazine.  It looked like Bonita's Mexican Food in Yucaipa, CA was just off of I-10 on our route back to TT Palm Springs, so I convinced Ken to give their tacos a try!!

After a five-mile detour, and in spite of road construction on Yucaipa Boulevard right in front of the establishment, we found Bonita's.  It was a picturesque canteen with covered outdoor dining. 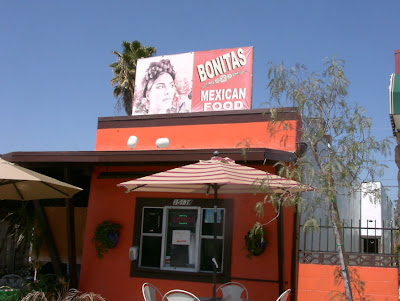 Menu selections were posted on the outside wall.  They had a wide variety of Mexican food.  I thought it seemed a little pricey, but later realized their prices were about the same as Village Tacos we had tried earlier. 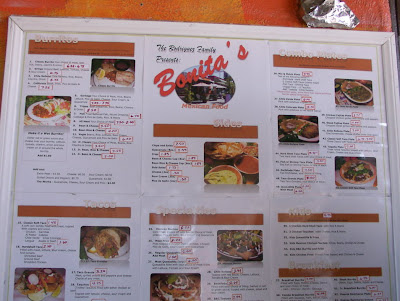 We placed our order with Cesar at the Order Here window.  I told him we had read about Bonita's in Inland Empire Magazine.  He was familiar with the article and told me he had several copies.

We had decided to have one Fish Taco each.  Cesar suggested we try one Fish Taco and one Shrimp Taco so we could sample both flavors.  We decided that was a good idea. 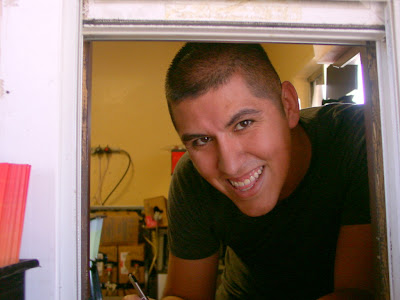 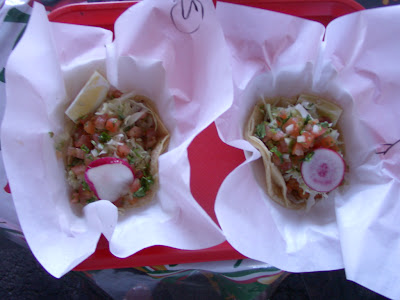 And here we are enjoying the Tacos!!  Very good!! 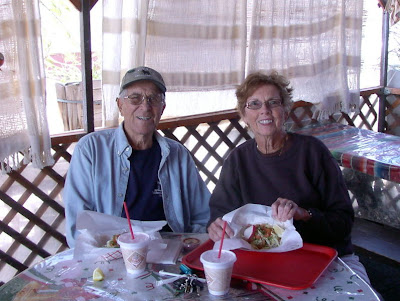 Before leaving I asked Cesar to write down his name so I could mention him in our Blog.  He wrote not only his name but pointed out to me that Bonita's was owned and run by his family -- The Rodrigues Family.  Bonita's had been in the family for many years.  He was such a nice young man with obvious pride in The Rodrigues Family Name.

Really enjoyed our detour to Bonita's Mexican Food.
Posted by Highway Runner at 1:49 AM