January 09 - On Friday morning, TTN Peace River hosted a Pickleball Tournament with players from both Peace River and nearby Torrey Oaks. There were eight women and sixteen men participating, with each player having the opportunity to play five matches with different partners and opponents. Stan organized and ran the tournament without a hitch!! Ken and I could not play because of weak hips, but it was fun to watch!! 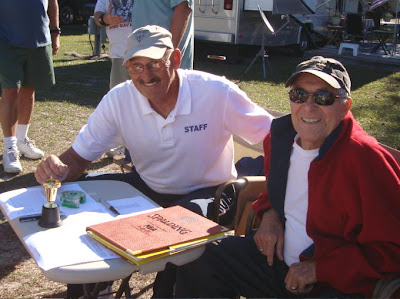 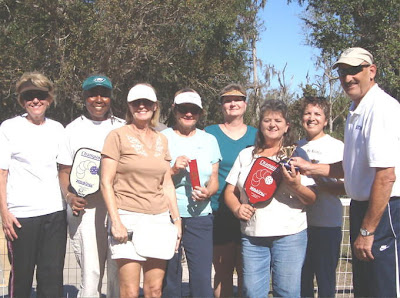 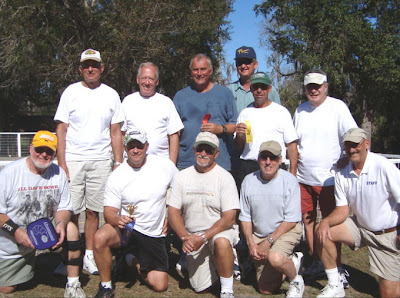 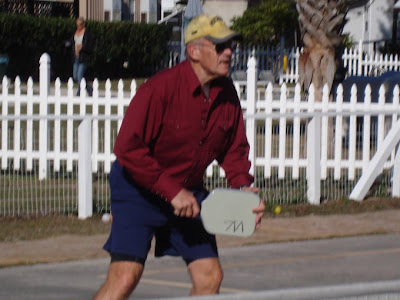 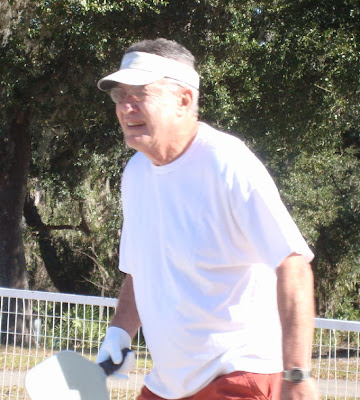 Joe (above) and Cis (below) came over from Torrey Oaks. 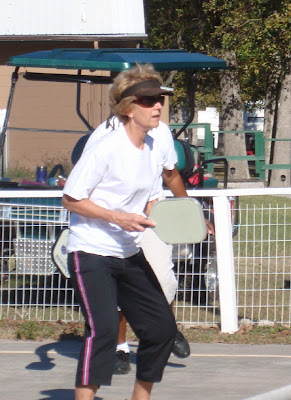 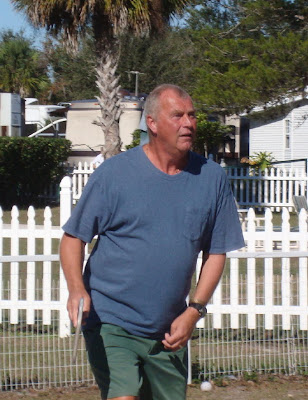 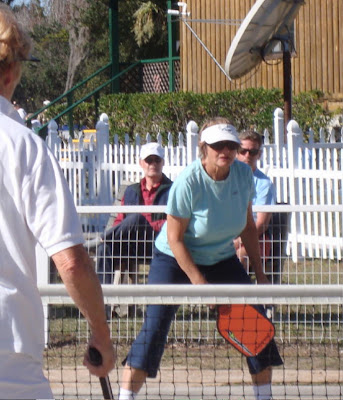 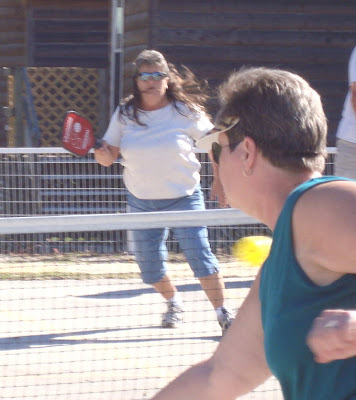 Thersa in action against Sherri. 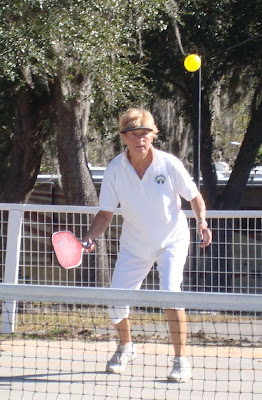 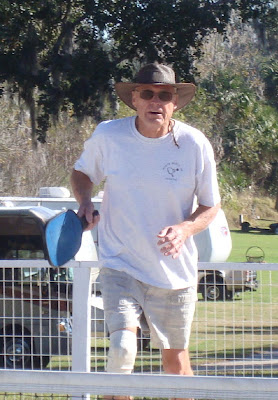 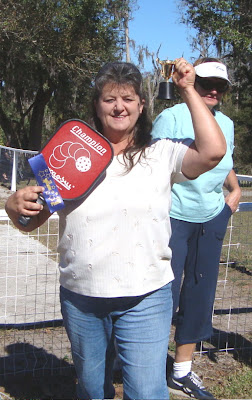 Theresa thrilled about winning her trophy!!