May 13 - We are actually down at ROD Camp Verde until the 15th when we move over to TT Verde Valley ourselves.   There is a great group of pickleball players at TT Verde Valley, many of them we met last Spring and Summer when they were just learning how to play pickleball.  We've joined them a couple of mornings this week.

This afternoon we joined them for a pickleball happy hour in the Rec Center.  We had a great group!

We met Sue and Jack last year.  They were with a group from the Phoenix area they called the 8 Pack, or 10 Pack, or 12 Pack, depending on how many of their friends were along at that particular time.  All of them got into pickleball last year and have been playing every chance they get! 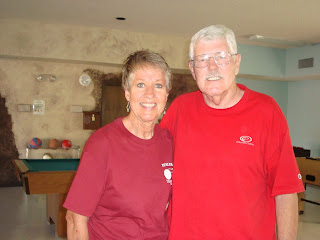 Jean and Donald, more members of the "Pack". 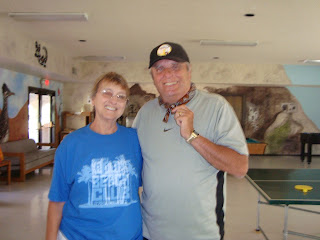 We met Ed and Sandy last Spring also.  Parked next to them several times. 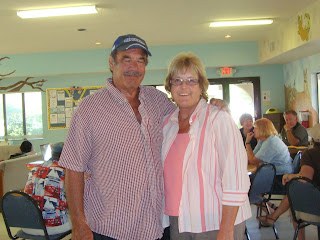 And here is the newest player.  We met Glynn and his wife Janet a couple of days ago and showed him how the play the game.  Next thing we knew, Glynn had his own paddle, ready to play!! 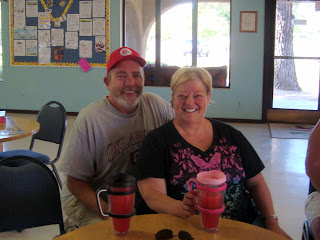 Coleen and her husband - the only non-pickleball players! 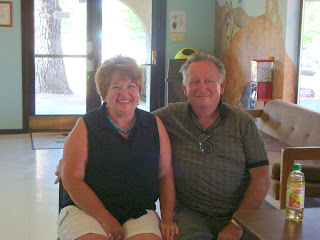 Ella and Will with their "son" Alan!  We met Ella and Will a couple of years ago at TT Wilderness Lakes.  Met Alan and his wife Trudy at Verde Valley last Spring. 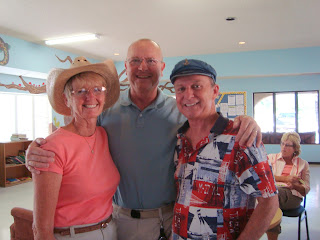 Diane, a member of the "Pack" was sitting across the table from us at the Happy Hours.  She brought her wine in one of those neat red neck wine glasses with the screw-on top.  I love them!!  Just had to get a picture! 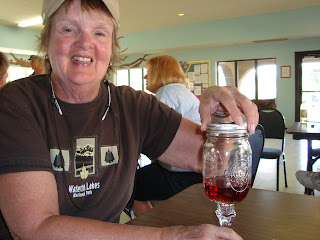 Here we are, enjoying another happy hour!! 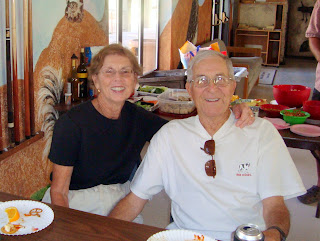 Rita is not only a Pickleball player, she's a world traveler!!  Rita entertained us with pictures of her travels.  The idea was to show the pictures on the TV, but we could not get the computer and TV to work together. 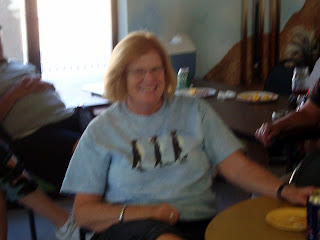 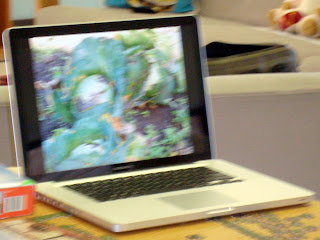 Everybody had a great time!!

Posted by Highway Runner at 1:17 AM No comments:

Back in February when we were staying at Cathedral Palms in Cathedral City, we went with the group to an authentic Mexican Restaurant.  One of the items on the buffet was a Mexican Shrimp Cocktail.  It was a lot different from the Shrimp Cocktails I have had, but it surely was good!  The Mexican version  contained cooked shrimp in some type of tomatoe juice with chopped onions, avacoda, cucumber, cilantro, etc.

I decided to make Mexican Shrimp Cocktail for our appertiser one evening.  It was more work than most Shrimp Cocktails I have made in the past, but it was WONDERFUL!! 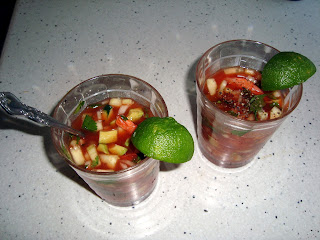 My Shrimp Cocktails are not as beautiful as the one on this menu, but I'll bet it tasted just as good!! 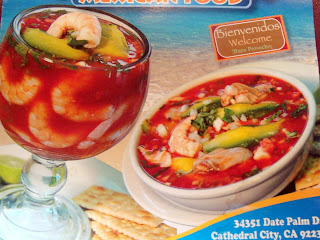 I'll have to try this again!!
Posted by Highway Runner at 12:28 AM No comments: