OYSTERS AND HOT DOGS AT MIKE AND DIANE’S

On Saturday afternoon, Mike drove to Gwen’s Island and bought a bag of oysters (100) and we had them grilled for dinner. Diane doesn’t eat oysters so hot dogs were on the side for her, but we all pitched in and helped her eat them. 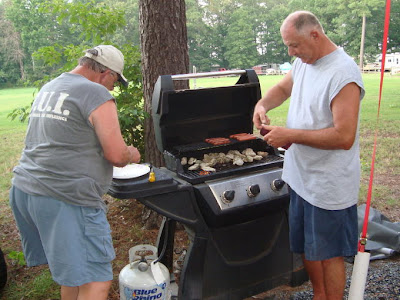 Ken is ready to go to work with his new Burrito apron. The apron was a joke given to him by our friends, Gene and Lois. We won’t reveal the BIG punch line here on the Blog!! 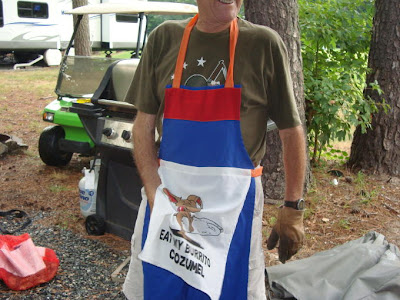 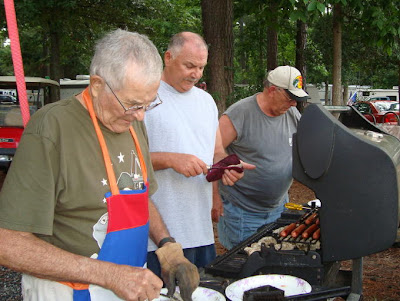 A plate of oysters that Ken opened for ME. UMMMMM 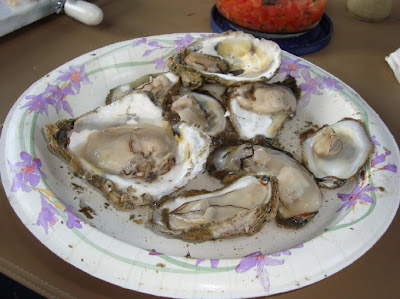 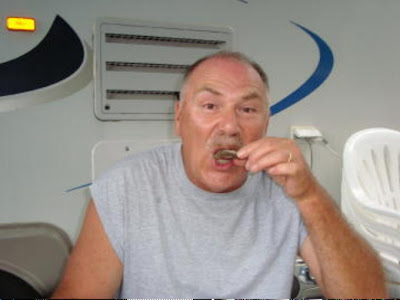 Posted by Highway Runner at 10:15 PM No comments:

A MORNING OF PICKLEBALL

Five of us gathered on the Pickleball courts Saturday morning for some fun games of Pickleball. It was fun to play with John again. It’s been a long time.

Amy was the big winner. She never lost a game. I see why -- she let her partners do all the work!! Not True!! Just teasing, Amy!! (John and Amy) 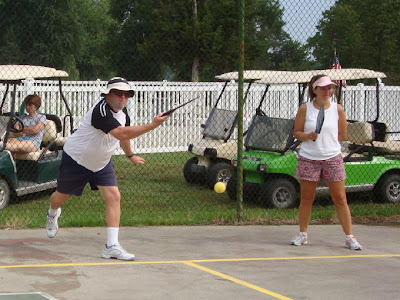 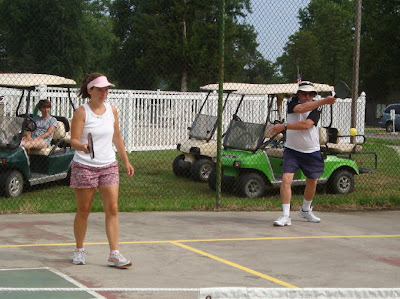 Faye was the big loser. She never won a game!! Don't quite understand that. I had the same partners that Amy had!! 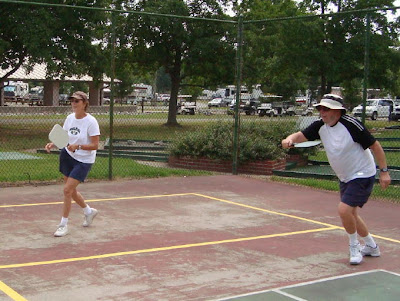 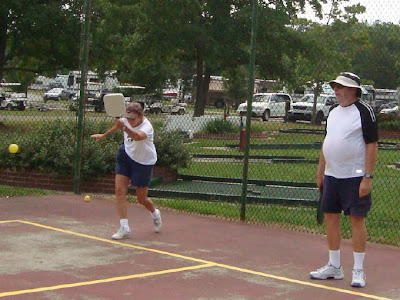 Scott and Ken made a formidable team!!! 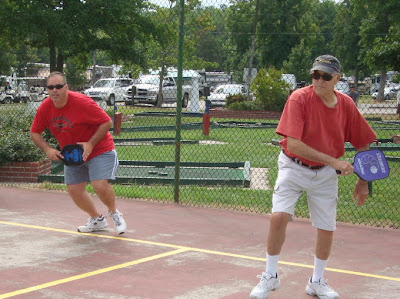 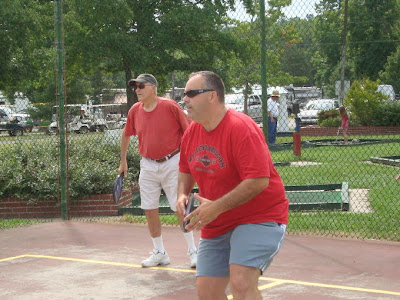 Posted by Highway Runner at 9:52 PM No comments: 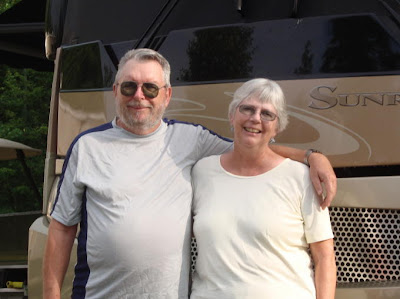 We were so surprised to see our friends John and Pat from out west. They are touring the eastern US this summer and stopped for a time at TT Chesapeake Bay. Since we last saw them in Palm Springs, they have sold their 5th wheel, bought a new Class A motorhome, bought a site at Happy Trails in Arizona, and hit the road.

The most amazing thing is when John was playing Pickleball in the Senior Games last year, he actually died on the Pickleball court!! He said he was walking toward the net and blacked out. His heart stopped beating for eight minutes! It happened that his opponent was a nurse in a cardiac unit and administered CPR until help arrived. As soon as they used the defibulator, he came to and wondered what was going on!! After surgery he is doing great!! See you on the courts, John.
Posted by Highway Runner at 11:36 PM No comments:

July 15 – On Wednesday we moved back to TT Chesapeake Bay for a couple of weeks. The first person we saw as we were setting up was Gilbert. He said he and Jenny and some friends and family were going to try a new place to eat at Hayes Plaza. They had heard good things about it. Did we want to join them?? Sounded good to us, so later that day we piled into Gilbert’s truck and went to All You Can Eat Country Buffet at Ginny’s Place. 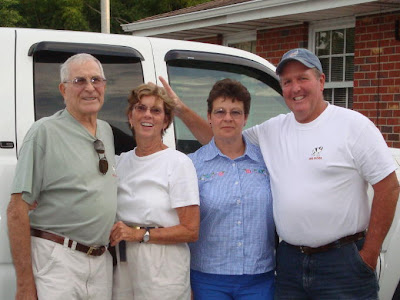 Around the table: Gilbert, Jenny, Pam, Skylar, Dannielle, Ken, Faye, Angelo, Jamie (Jenny’s niece) and Baby Kathryn. I raised Cain with Gilbert for being on the cell phone when he should have been posing with his chocolate ice cream!! (He ate about four bowls full!!) 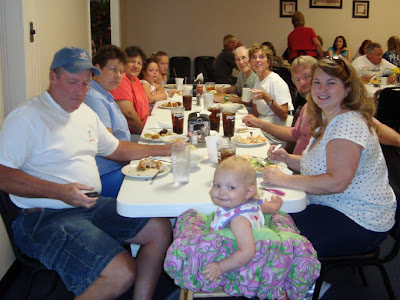 Around the table from the other end: Dannielle, Skylar, Pam, Jenny, Gilbert, Baby Kathryn, Jamie, Faye and Ken 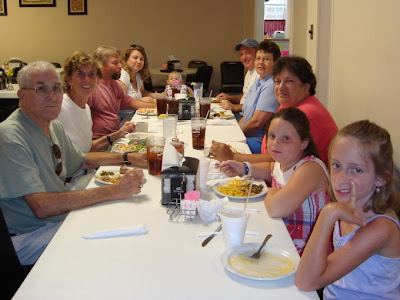 Kathryn was an angle the entire evening!! 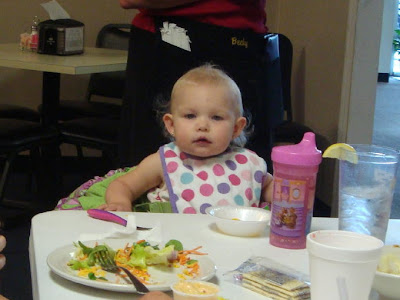 We joined Gilbert and another friend, Amy, on the Pickleball courts Thursday morning for a few good games. We think Gilbert got mad because Ken and Amy beat Gilbert and me two out of three games. Anyway, the next thing we knew, Gilbert and Jenny suddenly packed up and left that afternoon. He said he had to “cut grass”!! HA HA We know the REAL reason, Gilbert!!