Karen is back in Virginia having just had neck surgery, but we wanted to include her in the festivities!  So I had a picture of her and husband Dennis made into poster size and included them in all the birthday pictures! 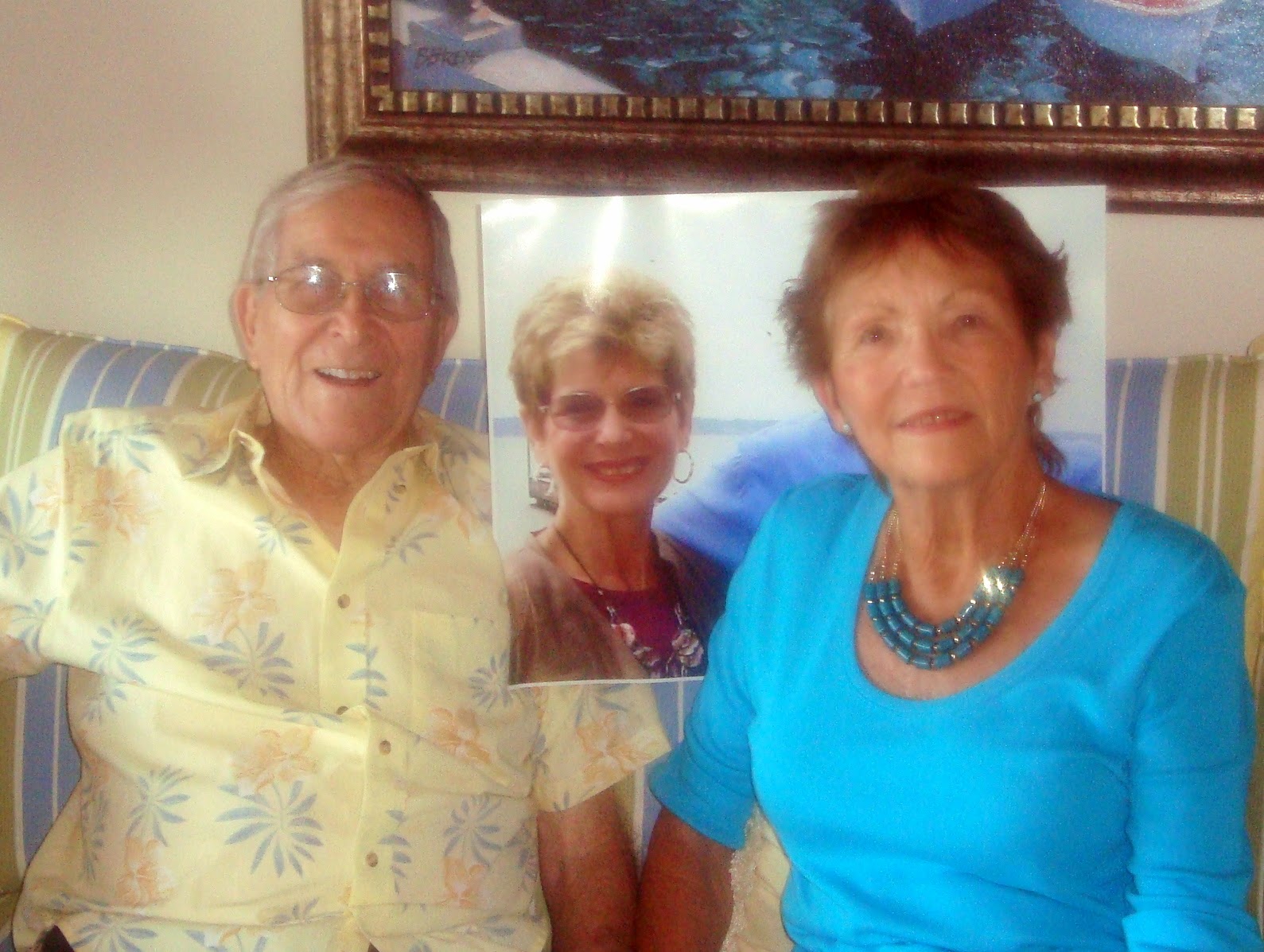 We served them drinks and some nibbles!  Didn't want them to be left out! 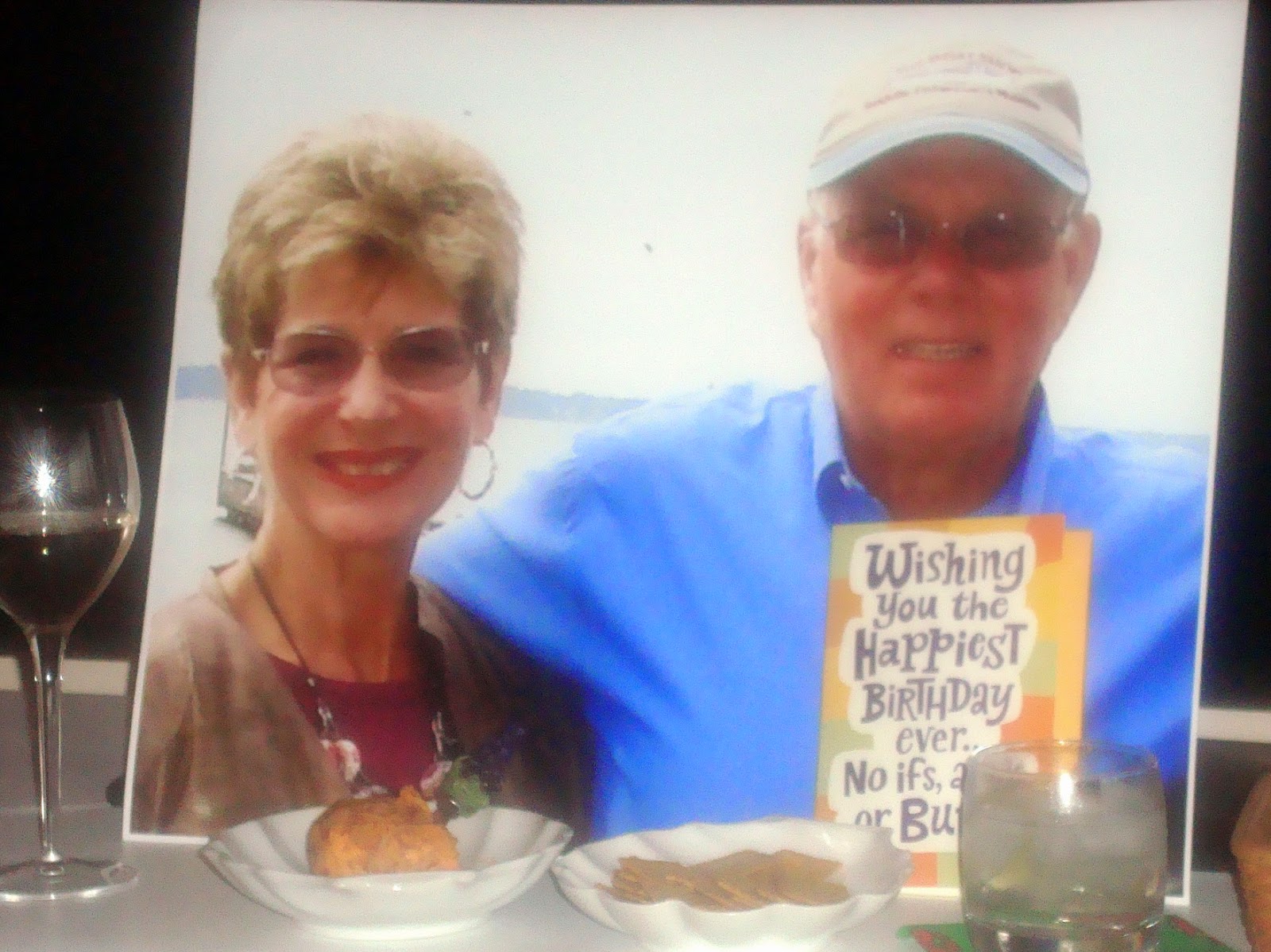 We stopped for a quick picture as we went out for dinner.  Faye, Ken, Karen, Dennis, Gene and Lois. 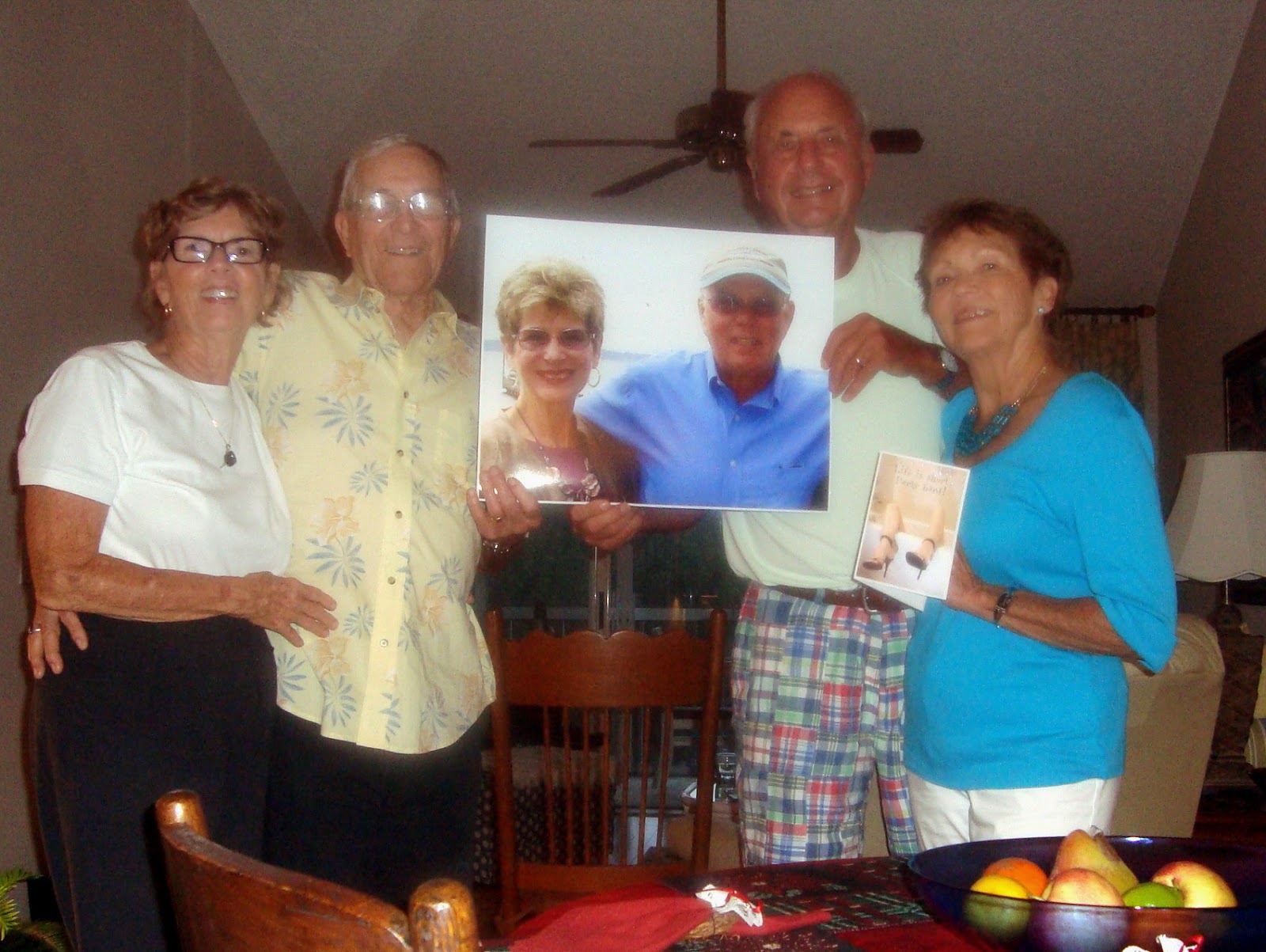 And we all enjoyed a great fish dinner at Cedar Reef Fish Camp! 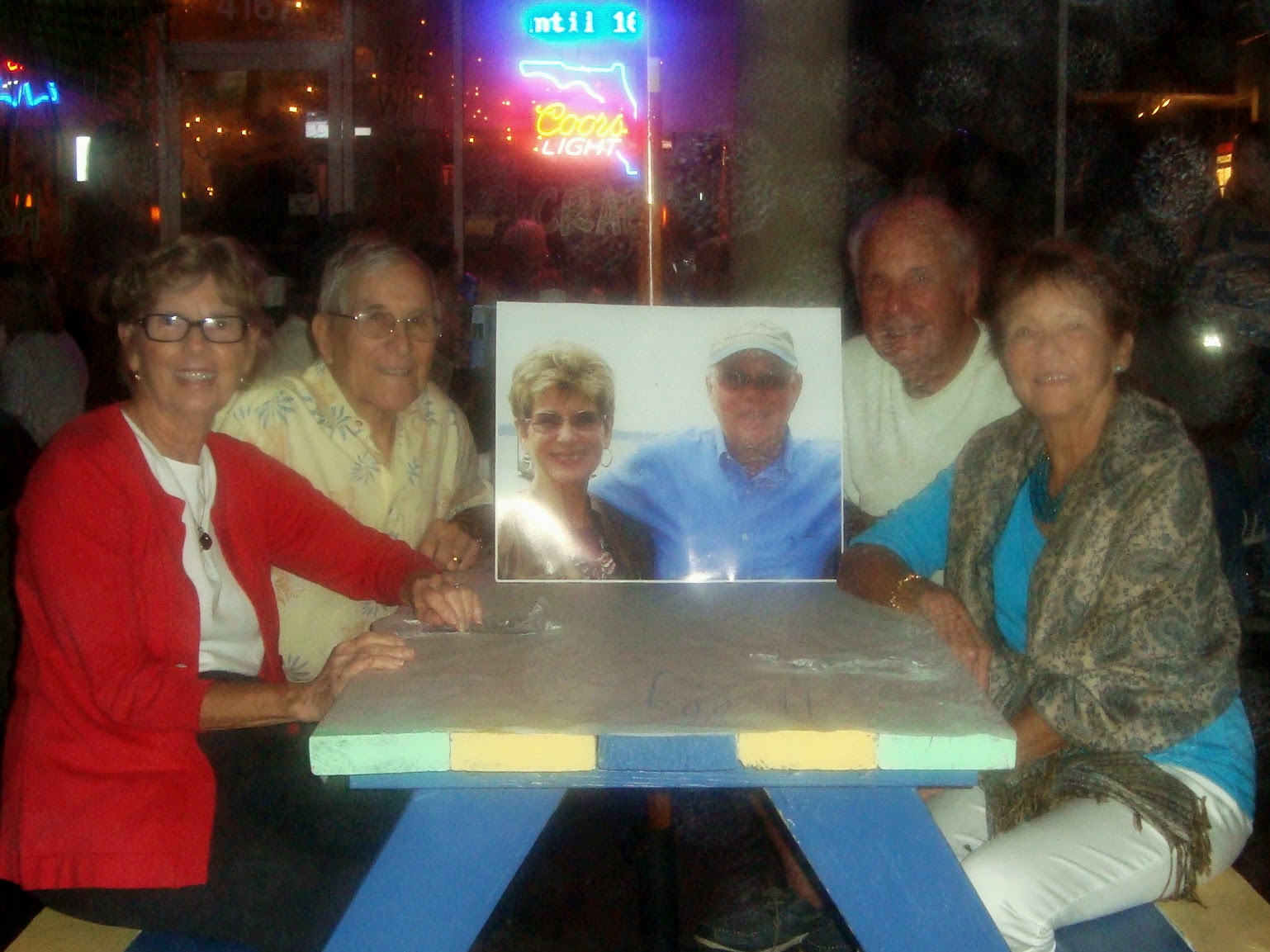 It was a fun and delicious birthday celebration!  We look forward to next year's event!!

Posted by Highway Runner at 11:01 AM No comments:

CHRISTMAS WITH THE FAMILY!

Dec 25, Christmas Day 2014 - We made a quick change to our schedule and went down to Pembroke Pines, FL (near Fort Lauderdale) for the Christmas holidays.  Ken's daughter Vickie lives there and she was able to make RV reservations for us at C. B. Smith Park for four nights.  It is a beautiful county park and only two miles from Vickie's home.

Here is the view from our site.  A canal is just across the circumference road. 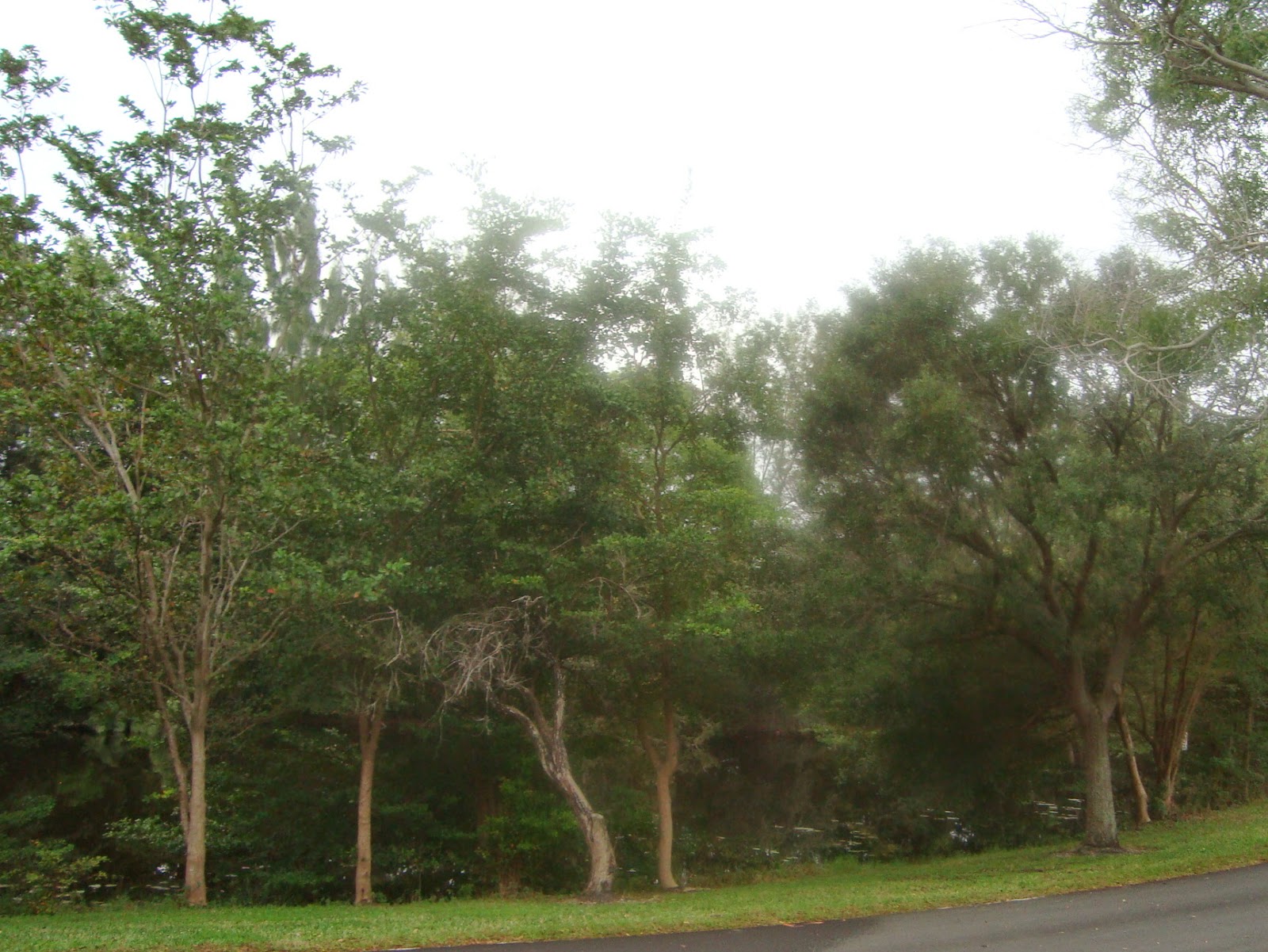 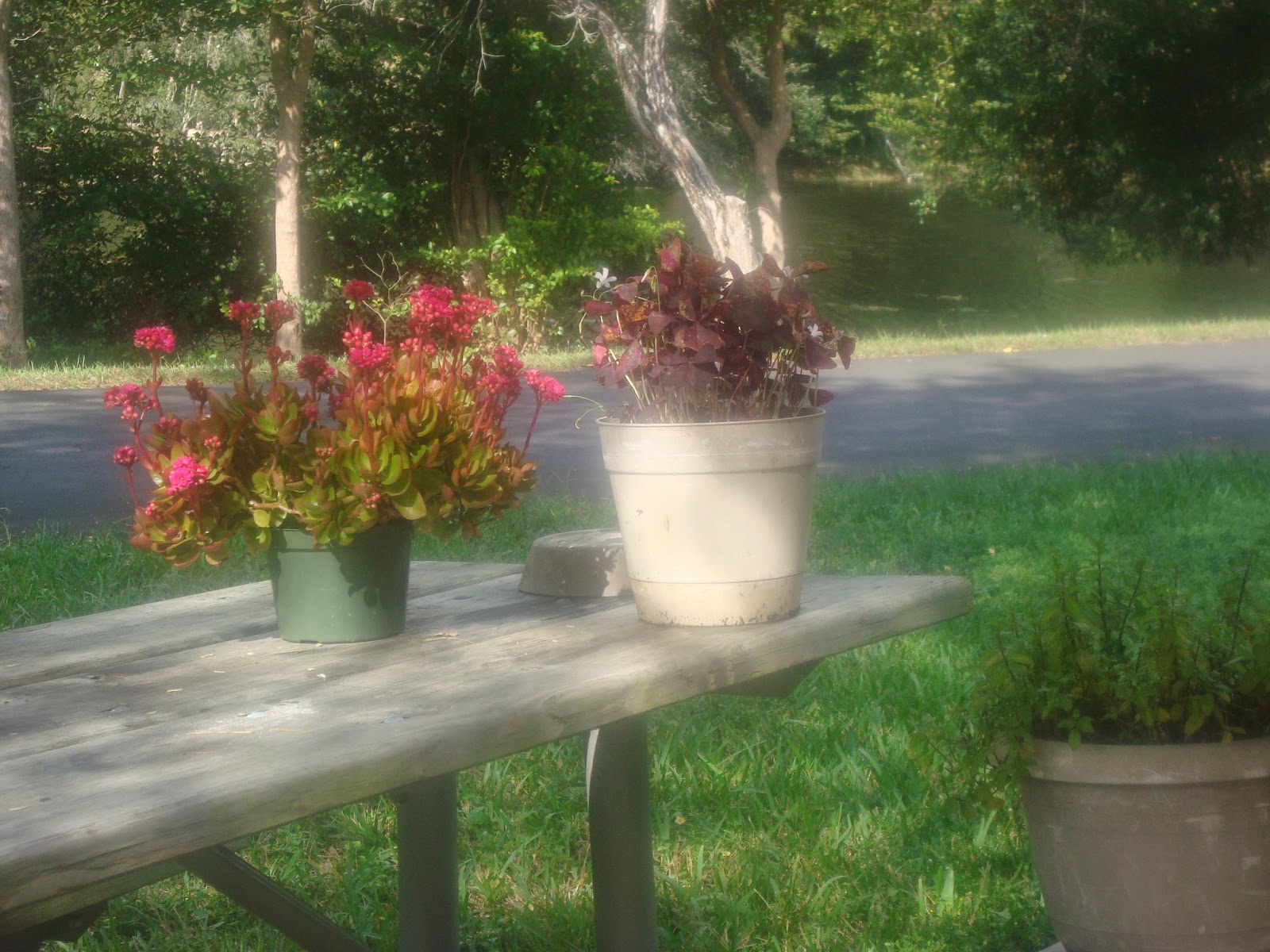 Vickie's daughter (Ken's granddaughter) Niki and her friend Carlos were home from California for the holidays. 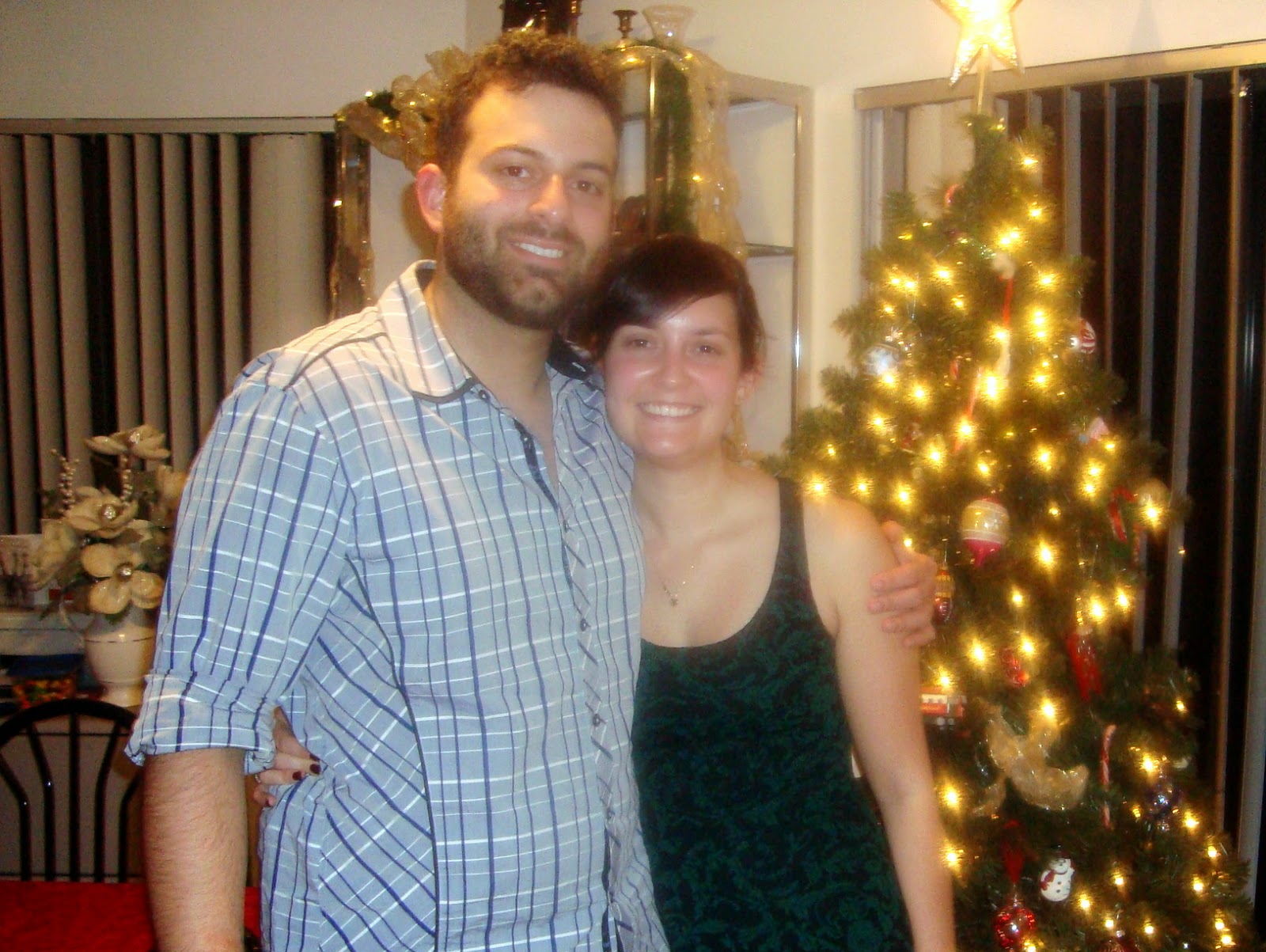 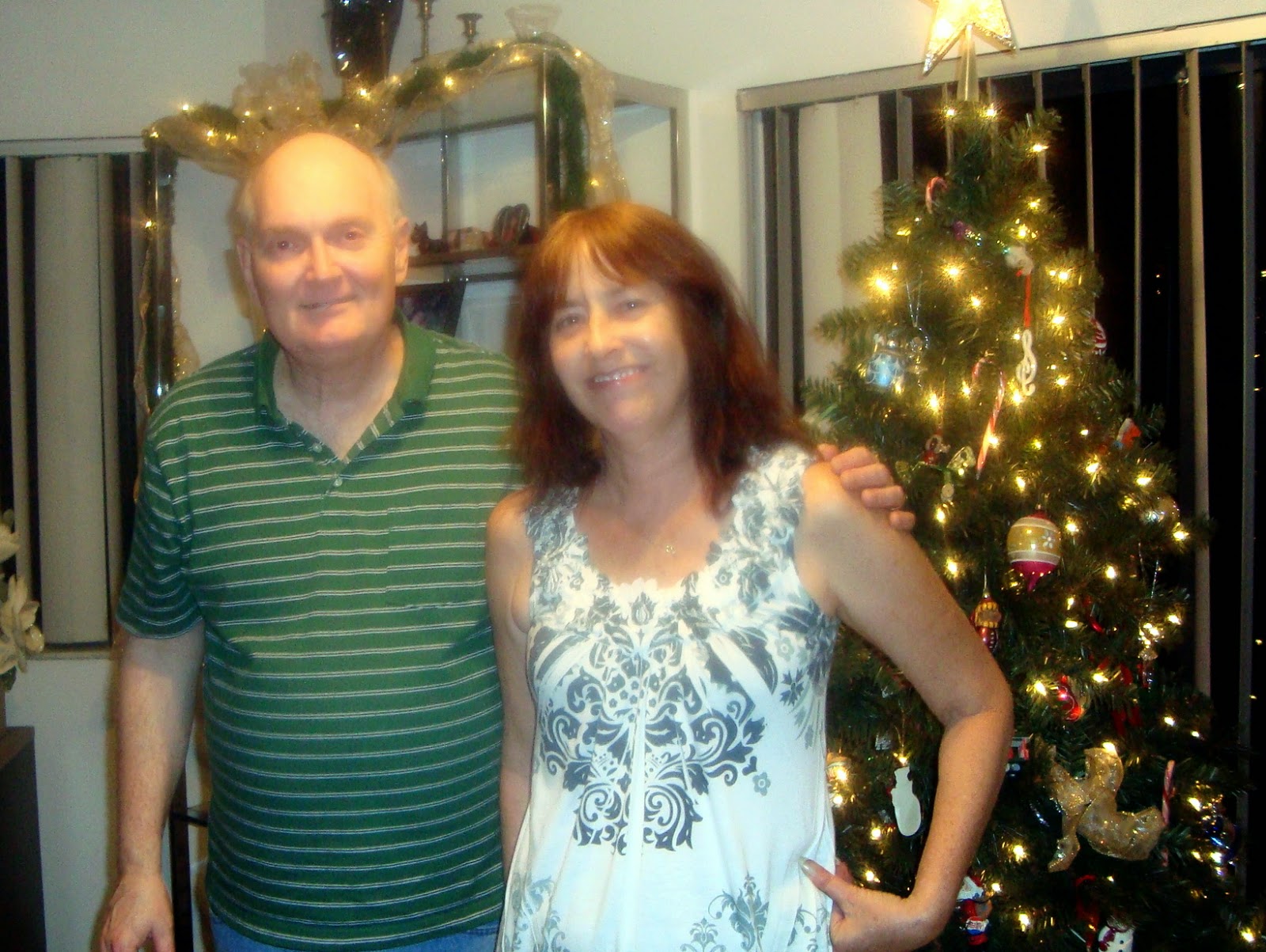 We were delighted to spend that time with family! 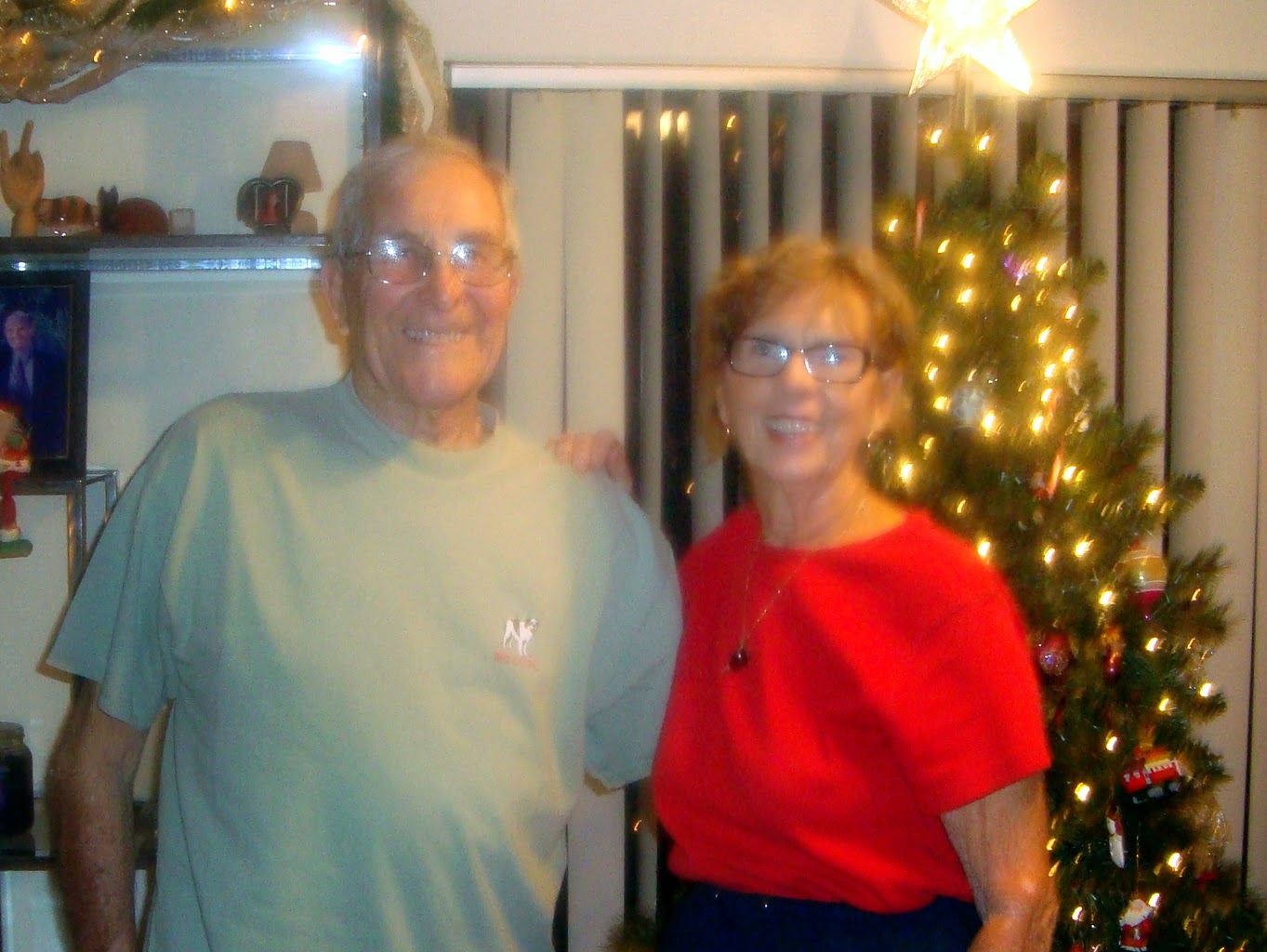 MERRY CHRISTMAS EVERYBODY!!
Posted by Highway Runner at 10:57 AM No comments:

Sun, Dec 14 - Today is Ken's birthday!!  I wanted to make it a little special for him, but everything seemed to align to make it the Birthday From Hell!!!

First, I made him waffles for his Birthday Breakfast.  I don't know what happened but they were terrible!!  In fact, we both threw half of our serving in the trash!!

For dinner, we decided to try the new place that opened on Route 27 near TT Orlando -- Hurricane Grill and Wings!  When we walked in, we immediately noticed the place had absolutely no ambiance!  Not a good place for a birthday celebration!

We ordered 15 wings with a couple of sides.  Wings were their specialty!!  When Ken bit into his "flat" wing (not the fat "drumstick" end), it was only partially cooked.  We told the waiter and he said he would bring us another order.  Which he did, but our side of sweet potato fries was on the platter with the original order of wings, so we had to remove them and put them with the second order.

As we waited, Rich and Dee came in for dinner, so we asked them to take our picture.  Thanks, guys! 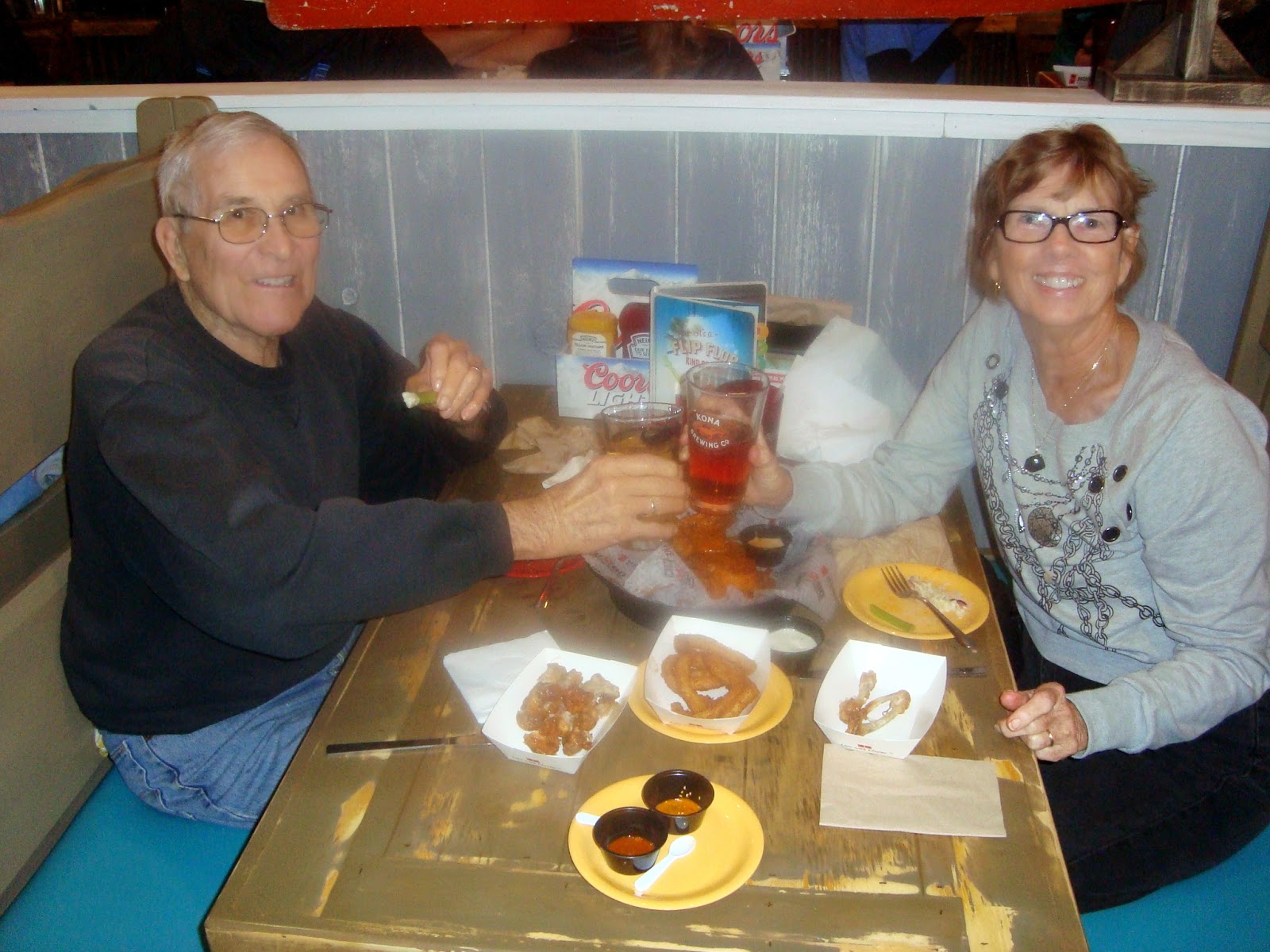 We told the waiter that it was Ken's birthday - did they do anything special for birthday diners.  No.  They do not have complimentary desserts or anything like that!! 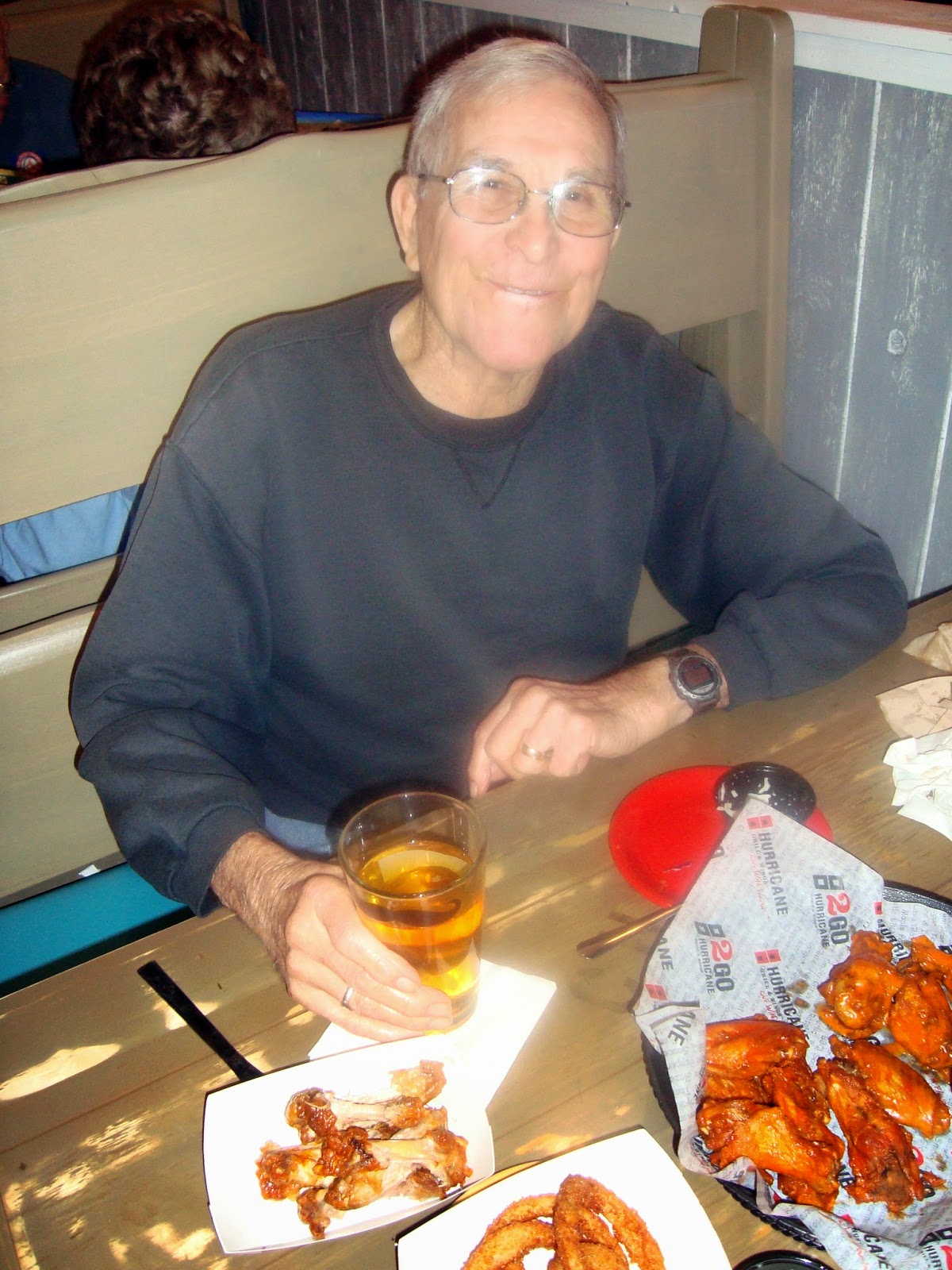 Don't think we will be back to Hurricane Grill and Wings anytime soon!!
Posted by Highway Runner at 10:55 AM No comments: