SO LONG TO PAT AT BURGERS AND BEER, PALM DESERT, CA

Jan 14 - Pat will be returning to Michigan on Friday to attend to her father for an extended time. We wanted to say Good Bye to her and wish her well; and to assure her that Bill will be well taken care of!! HA HA
We met at Burgers and Beer late Monday afternoon for the occasion because they have Happy Hour every weekday afternoon and Sliders are the Monday special -- four Sliders with all the trimmings for $5.99. YUMMY!
Hayden (aka Bill), Pat, Bill, Faye, Ken and Gloria. 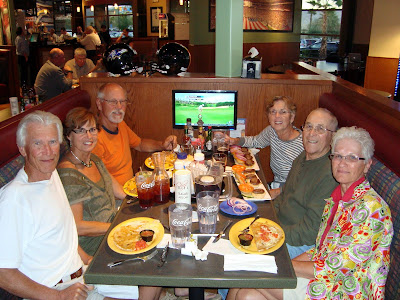 Don't worry about Bill, Pat!! You've left him in good hands!!!
Posted by Highway Runner at 12:35 AM No comments:

TO OUR SENIOR FRIENDS!! 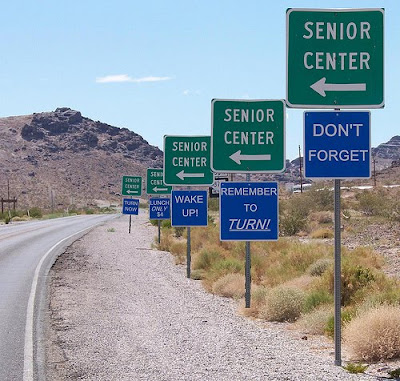 Posted by Highway Runner at 10:49 PM No comments:

Sunday Jan. 08 - During Pickleball this morning, Gloria's friends Mary and Keith rode their bikes pass the courts and chatted with Gloria. When they were gone, Gloria said Mary and Keith had said they were going over to the Polo matches at the Empire Club in Indio. Matches started about 1 p.m. We all said Hey! Let's go!! We can take something for tailgating along side the polo field during the match. So we did!!
During a time break in the match, a gentleman tailgating near us gave Ken a polo ball. He said if the ball goes out of bounds, spectators may pick them up.
Here is Ken with the polo ball. Note the Big E imprinted on the ball; proof that it belongs to Ken!! But, Ken returned it. FYI polo balls are made of high-impact plastic and are about 3.5" in diameter. 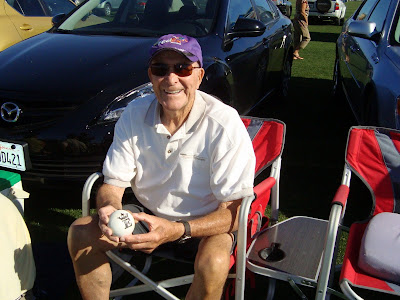 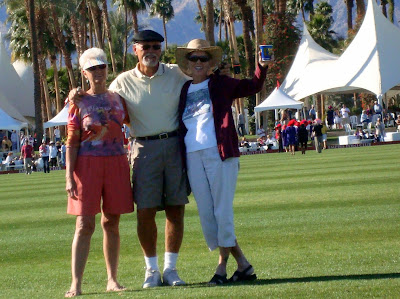 The Opening Ceremony prior to the match. During the Ceremony the National Anthem was sung to the simple strands of a single guitar. It was so inspiring, and in this beautiful setting, it was just perfect! 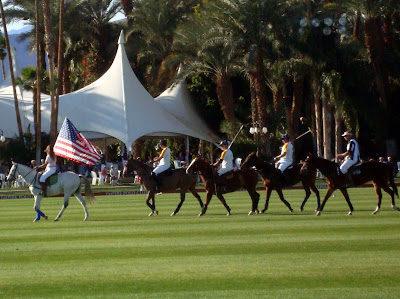 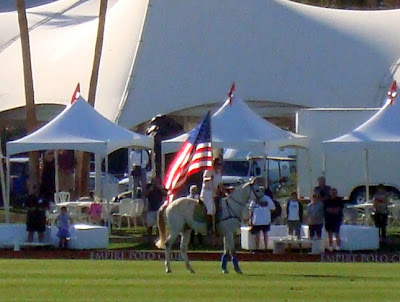 Some of the exciting match action!! 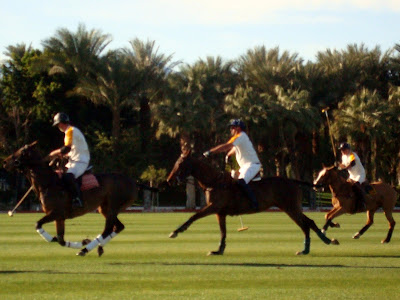 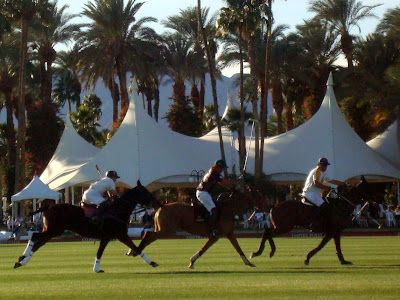 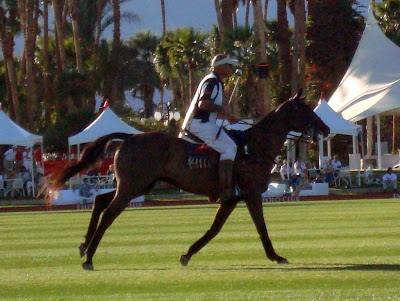 After the match, trophies were awarded to the winners. The young man standing next to the official is actually a kid eleven years old!! He was given Sparkling Apple Cider in stead of the normal champagne! 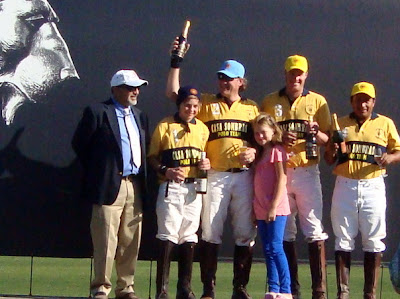 Here's the group at the Indio Empire Polo Club!! Hayden, Gloria, Mary and Keith (we ran into them at the matches), Bill, Pat, Ken and Faye!! 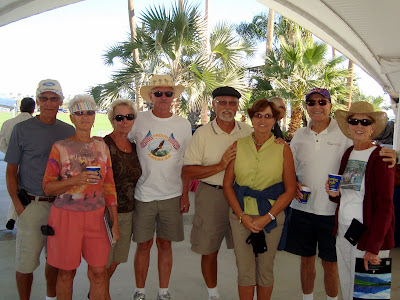 That was a lot of fun on a beautiful Sunday afternoon in a beautiful setting!! And, it was all FREE!!
Posted by Highway Runner at 12:03 AM No comments: