TOURING AROUND THE VERDE VALLEY, AZ

We did a lot of touring around the Verde Valley when we were out west years ago, but we still enjoy driving around, taking in all the beautiful and historic sites. This is a scenic drive we took up Cherry Road which runs from Route 260 in Camp Verde (TT Verde Valley is on Route 260) to Cherry, a drive of about 16 miles on good dirt road. Unfortunately, the day was overcast so the pictures don't show the true beauty of the area.
The view looking North toward Flagstaff in the far distance. Our Campground is somewhere in between! 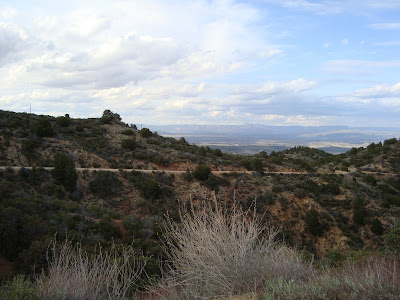 Looking down into the valley at a lone farm house. It was somewhere in this area that we were approaching the highest point of the drive. We kept hoping to get to 5000 feet. We reached the peak at 4999!! Ken said I should climb on top of the car for that extra foot!!! 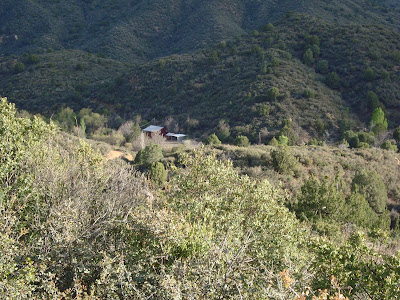 Another view looking toward Flagstaff. You can almost see the San Francisco Peaks, the furthest peaks in the distance (in the center of the picture) -- not too far from the Grand Canyon!! 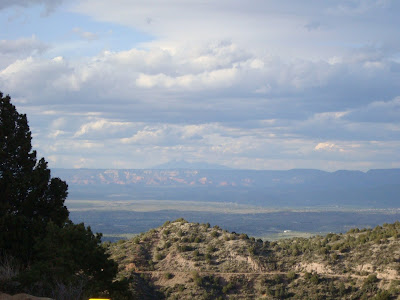 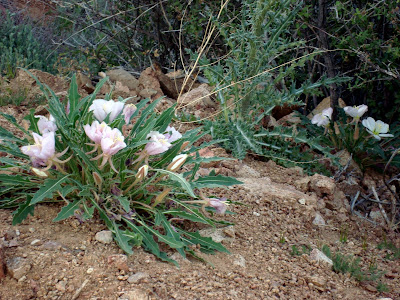 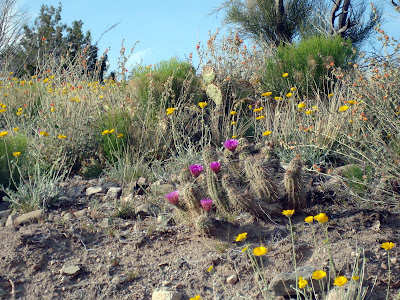 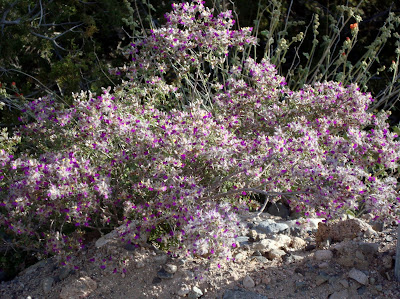 A few days later, we drove over to Montezuma Castle National Monument about eight miles away. 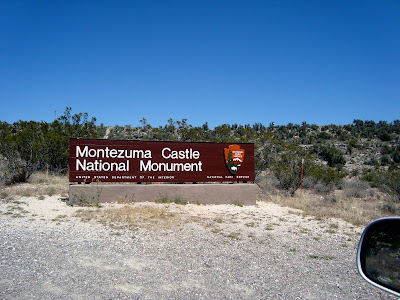 This ancient cliff dwelling dates back to the early 1100s. It was built by prehistoric Indians in a cliff recess 100 above the valley. The Castle is one of the most well-preserved cliff dwellings in North America. It's amazing!! 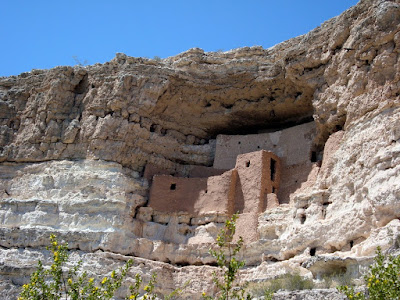 Not far away is Montezuma Well, a part of the National Monument. 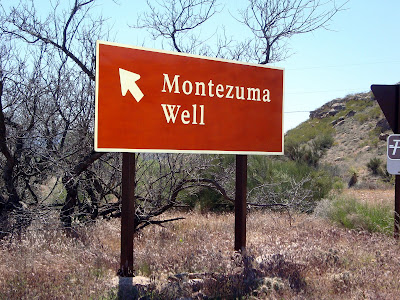 The Well is a lake in the middle of the desert. It is a limestone sink formed long ago by the collapse of an immense underground cavern. Subterranean springs replenish the well with over a million and a half gallons of water a day; an amount unvarying since prehistoric times. This keeps the Well at the same temperature and level year round!! It is so fascinating!! 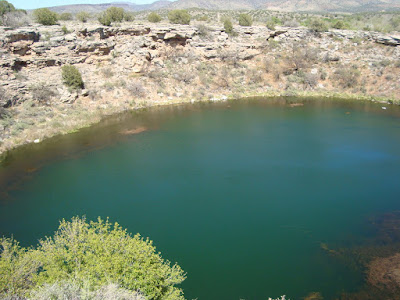 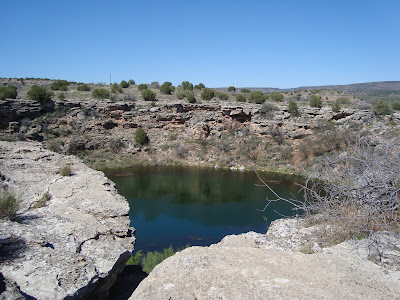 Some ancient ruins just above the Well. 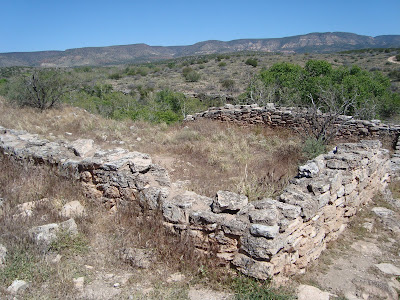 About a thousand years ago, prehistoric Indians dug this canal, diverting water from Montezuma Well to irrigate their crops. The cement-like lining is caused by naturally occurring carbonate in the water which forms deposit on the canal walls. I thought the canal lining was man-made. 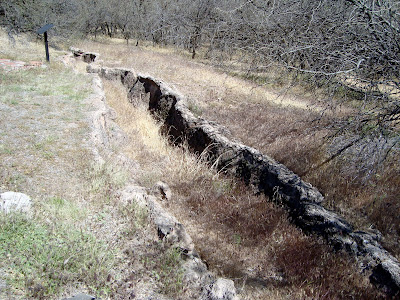 On our drive back we stopped in Camp Verde and went by Fort Verde State Historic Park just to take a few pictures. We had already toured the Fort years ago. 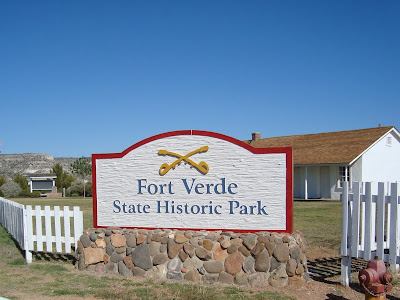 General Crook's U. S. Army scouts and soldiers were based at Fort Verde. They were charged with preventing Indian uprisings in the late 1800s. Some of the original buildings remain. 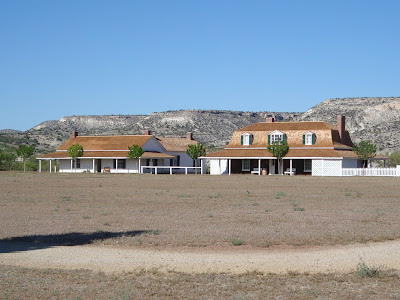 There is so much history and beautiful scenery in this area, I know we will be out touring again before too long!
Posted by Highway Runner at 12:22 AM No comments:

Sun, Apr. 24 - Julie and Bob were staying at the Western Horizons Camp Verde Campground. They invited a group of us who were still at TT Verde Valley to come on down for ham sandwiches to celebrate Easter. We all had a great time eating, drinking and talking and acting silly!!
Here is Ken opening our last bottle of Sally's home-made wine! 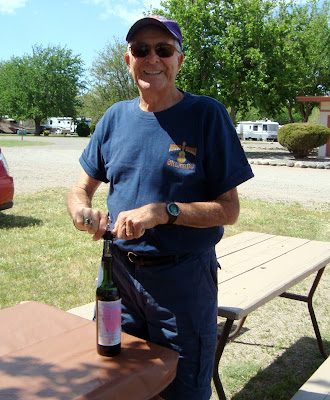 After lunch, we went to the Family Center to play a couple of games of Thirty-Three! It's a fun game, good for a group to play.
The good-looking group around the table: Ken, Barb, Julie, Merralee, Dennis, Faye, Oland, and Bob. 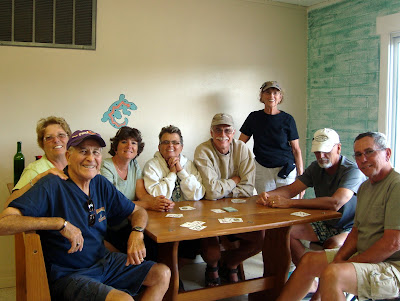 Thanks Julie and Bob. A great way to celebrate Easter with friends!!
Posted by Highway Runner at 12:01 AM No comments: