March 20 – We decided to stay an extra night at the Perry fair grounds where the FMCA Rally was held so we could drive up to Macon (35 miles) for the Cherry Blossom Festival. Did you know that Macon has more than 300,000 Yoshino Japanese Cherry Trees? So many that Macon was declared the Cherry Blossom Capital of the United States” in 1983. Later, the Japanese Consul General named Macon the “Cherry Blossom Capital of the World!!” William Finkling found and propagated the first Yoshinos in 1949 and later he gave away 1,500 trees every year to the Macon community. That’s how there came to be many Cherry trees.

Here are two of the newest Cherry Blossoms!! 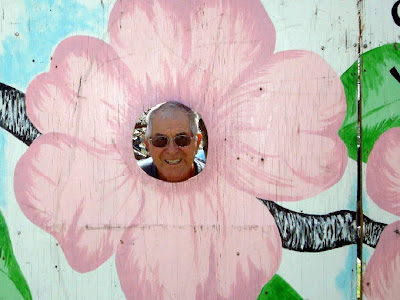 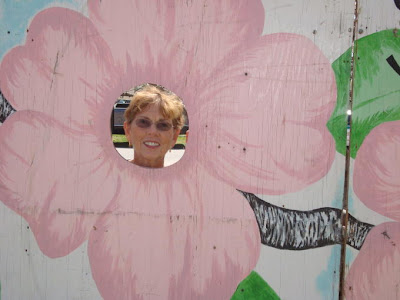 We went to the Opening Ceremony and Ribbon Cutting (because we could sit down). All the dignitaries were there, even the Japanese Ambassador to the US, and the honorary Pink Poodle. 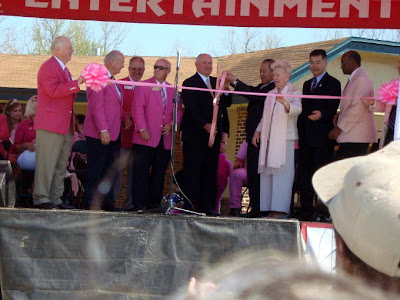 After the ceremony, we went on a Cherry Blossom Riding Tour that showcased Macon’s Cherry Trees throughout the city and various neighborhoods. It was a great way to see the city. The trees were a little disappointing because they were only about one-third bloomed, and most of them were white rather than pink (as in Washington). 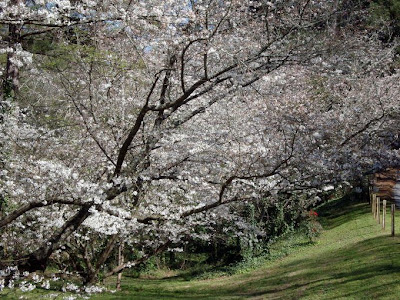 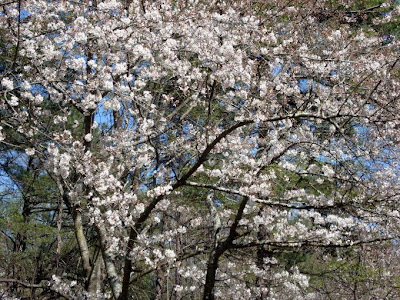 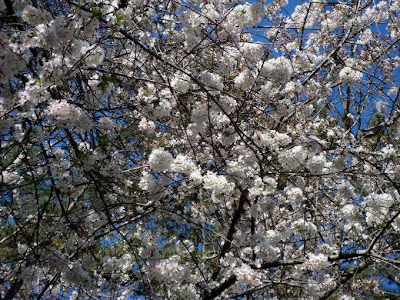 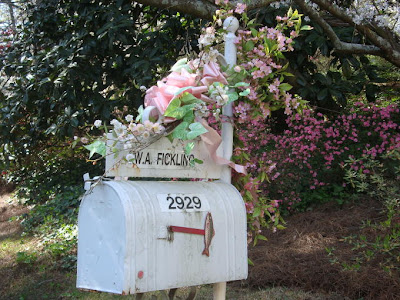 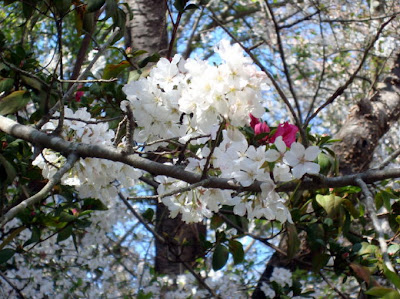 On the tour we also stopped and toured Woodruff House and St. Joseph Catholic Church. One of the interesting things about the Woodruff House is the beautiful crystal in the center of the banister. The crystal signifies that the house has been paid for. 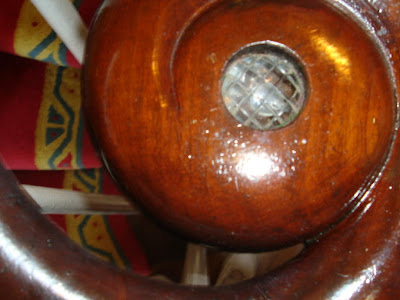 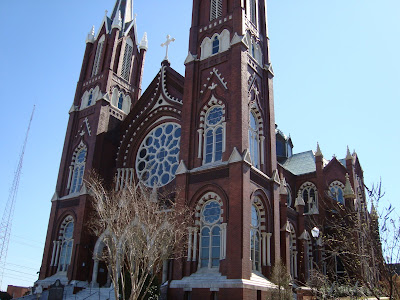 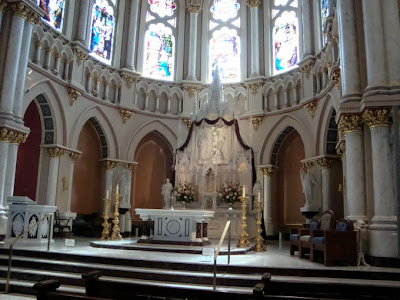 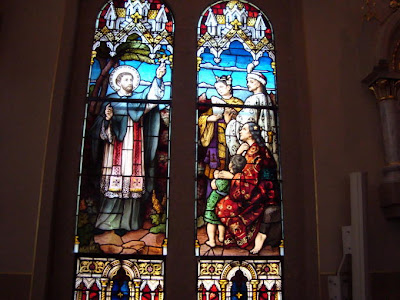 After the riding tour, we stayed for awhile to enjoy the country music concert by The Foxx City Band before driving back to Perry.
Posted by Highway Runner at 11:57 PM 1 comment:

March 15-20 – We arrived at the Family Motorcoach Association (FMCA) Rally in Perry, GA, just as it began to rain. It rained for two days!! But we had a good time anyway, and the sun came at last.

At the seminar, there are seminars on multiple subjects, vendors, service personnel to help with many problems, 100s of new RVs, entertainment, food, etc.

One seminar we attended was “Fire and Life Safety”. Bud the Fireman had a good presentation, discussed various types of fires and extinguishers and new types of safety equipment. He talked about various ways of escape from fires, accidents, etc. and stressed the need for planning and preparation!! The neatest thing was I actually got to use a fire extinguisher on a fire! That was a great experience to see and feel how they actually work.

The seminar must have been good because the next day we stopped by Bud the Fireman’s vendor booth and I made Ken buy some of the “advertised” safety equipment. A set of four fire extinguishers – one to replace the powder extinguisher we already had; one for the kitchen, bedroom, and auto. Two new smoke alarms that are more sensitive to smoldering electrical fire – one for the front and one for the bedroom. And, I bought an emergency hammer for the auto in case of an accident. It has a pointed head to break the glass, if you cannot get the windows down. It also has a cutting edge to cut the seatbelt, if trapped. And it has a flashlight on the end 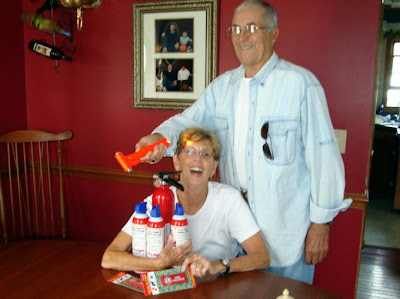 of the handle for light or signal. Ken was furious that I bought all this stuff, but, now we’re safe!!!

One thing we hoped to accomplish at the Rally was to upgrade our roof-top satellite to work with our DVR. Upon arrival we went to the KVH service booth. Their representative, Mike, said he had the necessary cable and would install it for us. He drove us crazy waiting and waiting for him to show up. But, when he finally came to install the cable, he not only did that job, but he also re-connected all the other cables for our TVs, DVR, DVD/VCR, Video Control Box and A/B switches!! Now everything works as it should!! Thanks Mike!!
Posted by Highway Runner at 11:52 PM No comments: