FUN WITH STAN AND SALLY

SALLY AND STAN AT TORREY OAKS

Thur, Oct 31 -  We have know Stan and Sally for years.  In fact, we met them on the Pickleball courts at TT Orlando in the Spring of 2003 when Ken and Sally "butted heads" over a point!  After the match Sally was furious.  She picked up her paddle and bag and prepared to leave the court.  Ken stopped her and in his persuasive way, convinced her to stay.  That was the first time we met Stan and Sally and we have been close friends ever since.  In fact, Ken calls Sally his second wife!

For years we would meet at the Thousand Trails parks in Florida and even out west during the winter season.  Then, in 2009, Stan and Sally bought a site in Torrey Oaks, a private RV Park just north of Wauchula.  We have already been together several times this season, either at our place in the Thousand Trails park for hamburger night or at their site at Torrey Oaks.

Sally made arrangements for a group of us to go to Paul's Kitchen for dinner tonight because she had coupons offering $4 off your bill of $20.  Sounded good to us, even though we had just recently dined at Paul's.

We arrived at Stan and Sally's before the rest of the group, all from Torrey Oaks.  Time for wine and conversation! 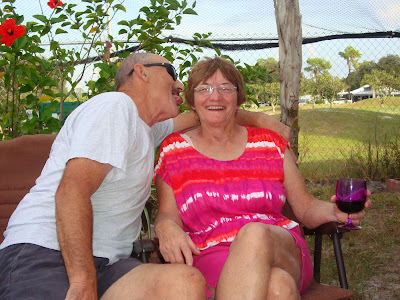 But Stan can be serious sometime!!  Notice the beautiful landscaping at their site.  They back up to the adjoining golf course. 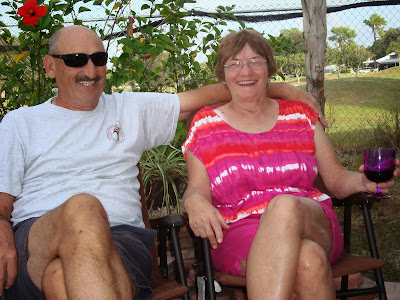 The background for our picture is their brand new fifth wheel! 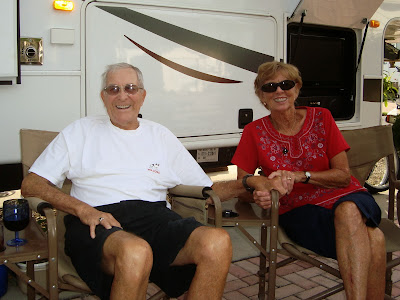 Shortly after the pictures, the rest of the group arrived.  We all enjoyed another glass of wine and lots of talk, and then we were off to Paul's Kitchen!!  Thanks guys for a fun evening!


PIZZA PARTY WITH STAN AND SALLY

Mon, Nov. 04 - Tonight Sally and Stan invited us to their place for Make-Your-Own Pizza!  While we were enjoying drinks and snacks, Sally's brother Jim arrived.  He was on his way from the Villages, where he recently bought a home, to Fort Myers for a softball tournament.  Stan and Sally were a convenient stop on his way.  It was fun meeting him and listening to stories of sibling rivalries as they were growing up -- Sally with all of her brothers. 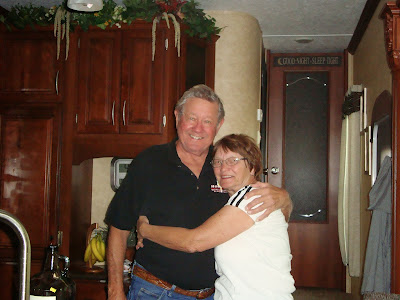 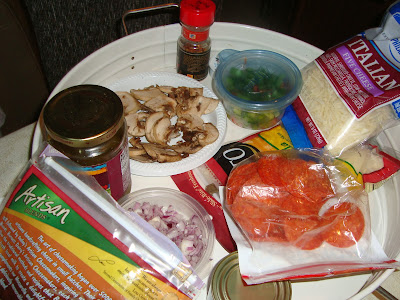 Then we each chose our own ingredients.  Two Pizzas almost ready for the grill! 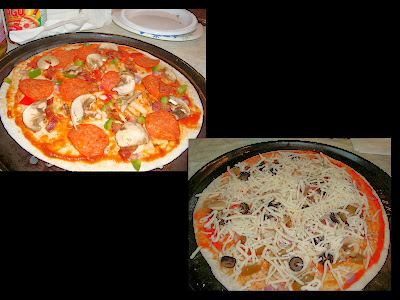 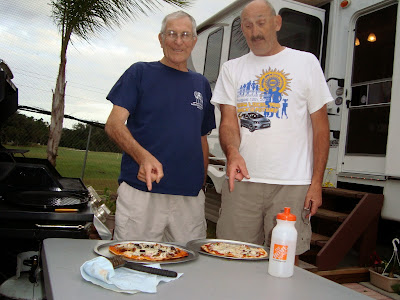 Ladies' Pizzas on the grill. 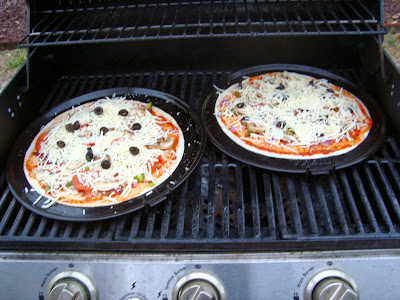 We were happy with the end result, too! 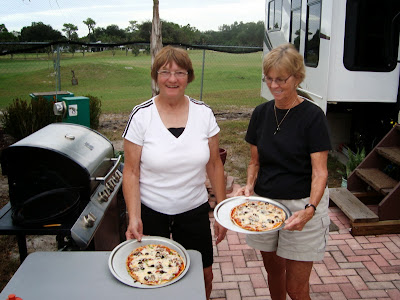 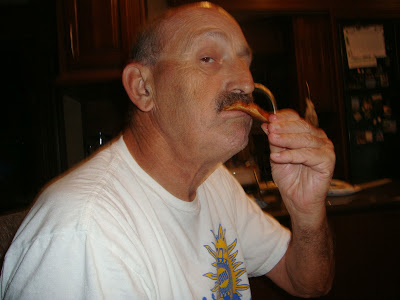 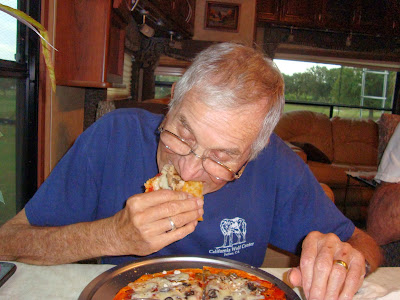 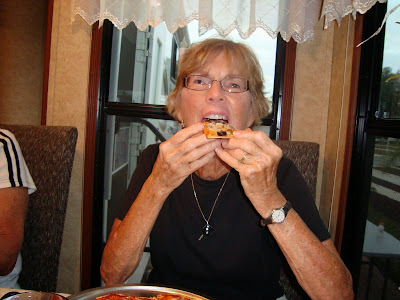 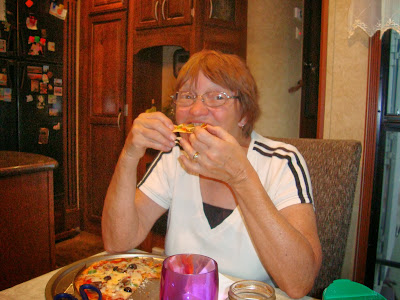 UUMMMM!!  Did you notice all of the Pizza pans?  Each of us had a set of two pans.  One pan had holes in the bottom for the grill.  Pizzas were grilled to perfection and then slipped onto the second Pizza pan for serving!  Great idea!!  Really neat!

Posted by Highway Runner at 8:41 PM No comments: