November 12 – Since there was no one playing Pickleball at TT Wilderness Lakes this week, we were in the car ready to drive over to Diamond Valley Lake Recreation Center to play with the group over there. Just as we were leaving, we noticed a couple playing singles on our courts. We decided to see if we could play with them instead of taking the 15 mile drive to the Recreation Center.

We are so glad we made that decision because it was then that we met Pam and Bob. They are a really nice couple and a lot of fun to play with. We played several more times together before we left Wilderness Lakes. 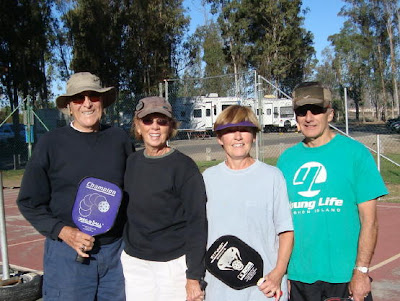 We discovered that Pam and Bob have a home on Camano Island, WA where they have a Pickleball court in front of their RV garage!! We jokingly invited ourselves up to visit them this coming Summer. And they said “Come on up!!”
Posted by Highway Runner at 11:07 AM No comments:

November 11 – Today is Veterans’ Day. Many restaurants and other businesses around the country are honoring Military and Veterans by offering FREE or discounted services. Ken decided to go to TGI Friday’s in Temecula. 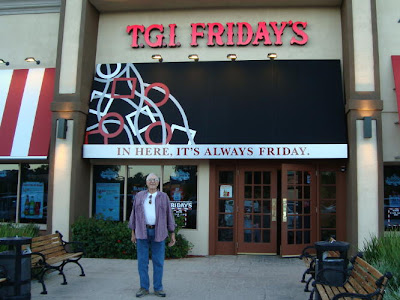 We chose the Iron Steak with onion rings and salad. It was grilled to perfection -- delicious!! Not only was Ken’s entrée covered, Friday’s also gave him a $5 Coupon to use on our next visit to that restaurant chain. 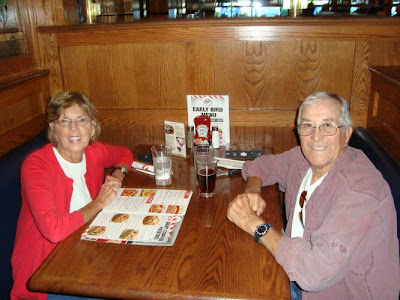 We discovered that our waitress, Amber, had just spent the weekend at the Marriott in downtown Richmond, VA. Her boyfriend is in the Marines and they were having some kind of gathering in Richmond so she flew in for the occasion. We just had to have her picture. 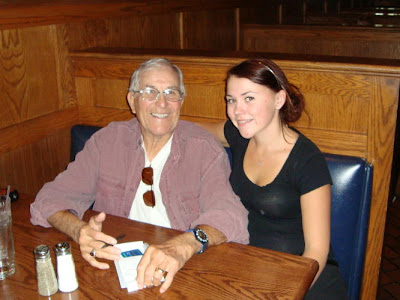 Thank you, Friday’s and all the other businesses that honored our Veterans on this day!!
Posted by Highway Runner at 9:46 PM No comments:

November 08 – We had new awning fabric installed on our automatic WeatherPro Awning at Camping World in Kissimmee, FL back in April. Since that time the awning has not closed properly and we have been to Camping World (CW) two times to try to solve the problem. At CW in Rogers, MN, we were told that the fabric had been cut crooked and the fabric would have to be replaced. Since we were not going to be in that area long enough to order the fabric, we decided to have the fabric replaced at CW in Burlington, WA where we would be spending at least a month. However, CW in Burlington said the problem was that the awning had to be adjusted on the apparatus, which they did.

However, after a few weeks we were having the same problem. We made an appointment with Camping World in San Bernardino, CA to see if they could solve the problem. 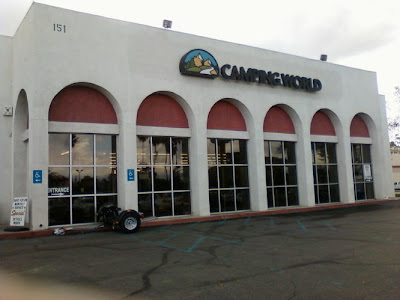 Jerry at Camping World came up with the original problem!! The awning fabric was cut crooked. They took all kinds of measurements and said they would contact Dominic to order the new fabric. Then we will set up another appointment to have the new fabric installed, we HOPE!!

In the meantime, while we were at Camping World, we had a couple of new motor home batteries installed!! UGH!!!

Since our appointment at Camping World was early Monday morning, we drove to San Bernardino on Sunday afternoon. When we arrived at CW, it was dinner time. Ken decided he wanted Pizza from Pizza Hut. Our GPS indicated the closest Pizza Hut was 25 miles away!! So we just asked for any Pizza. The resulting list included a Papa John’s Pizza just two miles away. We followed the directions and that is how we found Papa Joe’s Pizza on Washington Street. 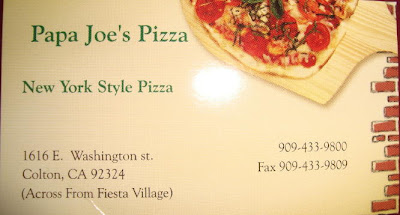 They had our New York Style Pizza loaded with five toppings (onions, jalapenos, mushrooms, black olives, and tomatoes) ready to go in 13 minutes!! 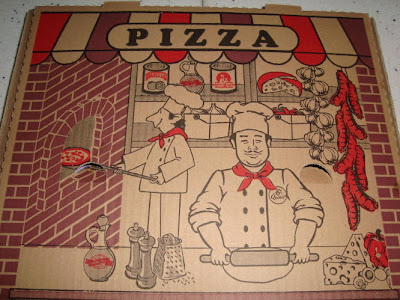 November 07 – On our last day at Desert Pools, our good friends from the past, Marion and Tom, came over for a few games of Pickleball. They really cleaned our clock!! But when we mixed it up, we had some good games!! It was great fun seeing Marion and Tom again even though our time together was brief!! We’ll be seeing them again, that’s for certain!

Marion, Faye, Tom, Ken wearing his new hat that he picked up at the Air Show. 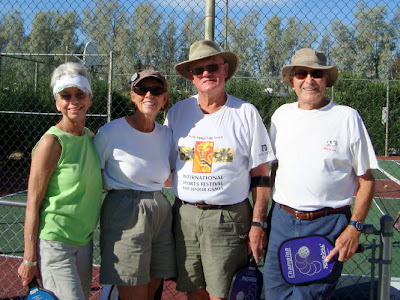 Here we are at our site in Desert Pools. 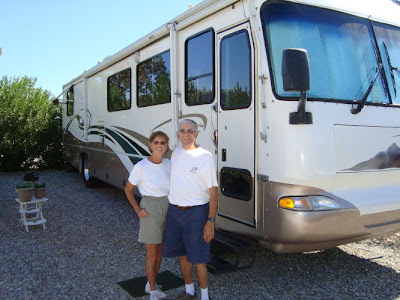 Posted by Highway Runner at 6:12 PM No comments: