Jan 22 - We have been at TT Wilderness Lakes for almost two weeks and will be leaving tomorrow.  So I thought I would post a few pictures of the Pickleball action while we were here!

Clint and Bill.  We just met Bill who said he has only been playing for six months, but a very good player already. 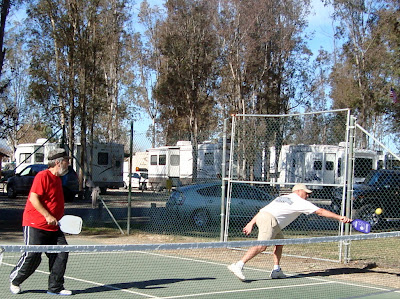 Janet and Jim.  You'll meet Janet's husband Fred a little later.  We've know Jim for quite a while. 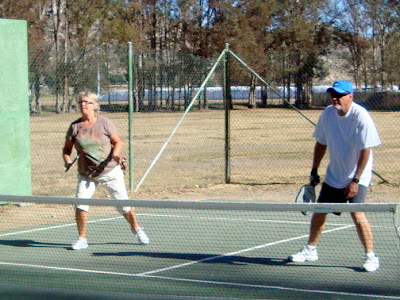 Sue and Dean.  We have known Sun for a while but just met Dean this season. 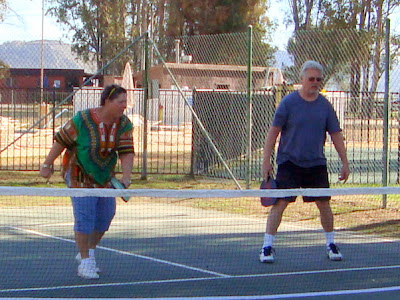 Rick and Mark.  We just met Rick this time around.  Have know Mark for a while but he is not out on the Pickleball courts very often.  Good to see you out there, Mark! 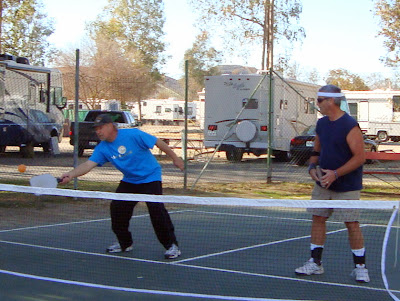 Linda and Bill.  We call Linda "Huggie Linda" or "Kissie Linda" or "Little Linda".  All of the adjectives suit her to a tee!  Mark is Linda's husband. 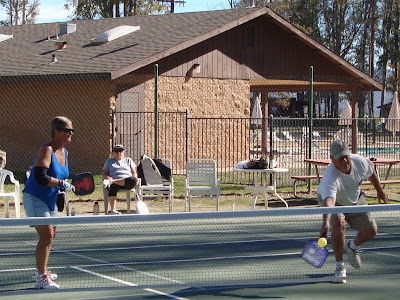 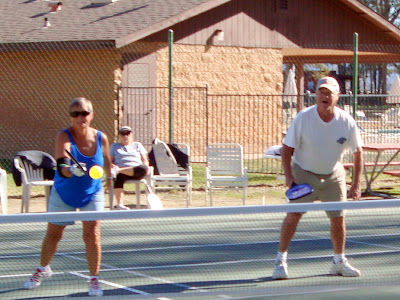 Clint and Janet.  Have known Clint and Carole quite a while.  Just met Janet who is Fred's wife. 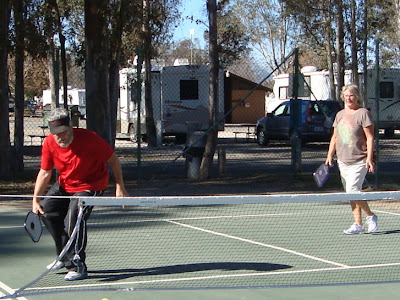 Fred and Dean.  Just met Fred this season.  He always has a big smile on his face!! 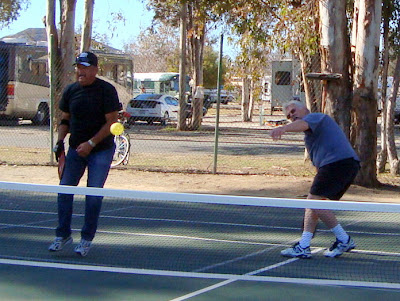 Wendell and Jim.  Looks like Wendell is doing all the work!! 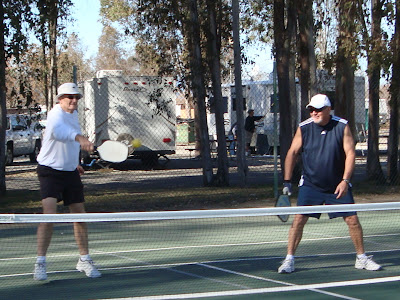 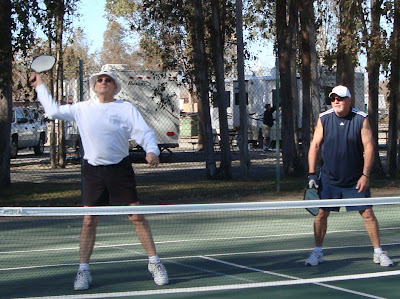 Guess who!!  I think I actually hit this backhand! 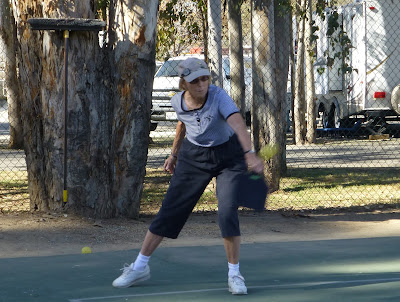 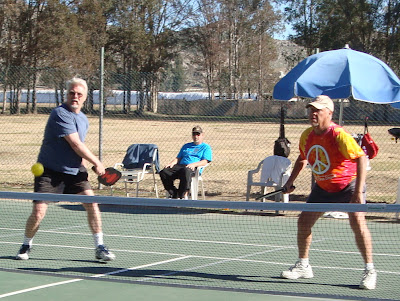 Carole (with an E) and Jessie!  Have known Carole for quite a while; and have known Jessie forever!! 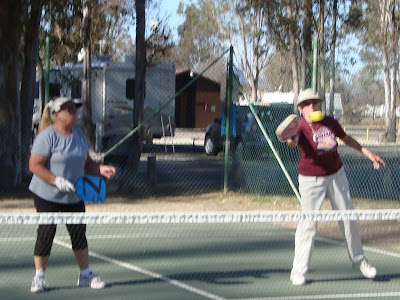 Sue and Eve.  Eve is just starting Pickleball.  She is Rick's wife. 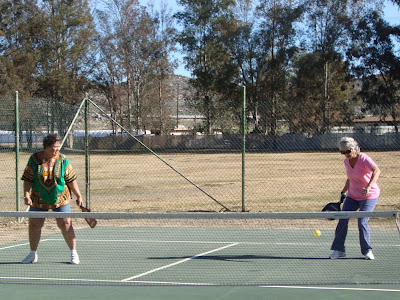 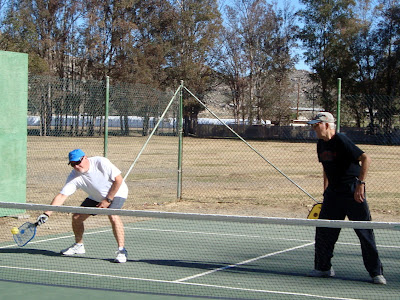 Ken showing some of his Pickleball skills!! 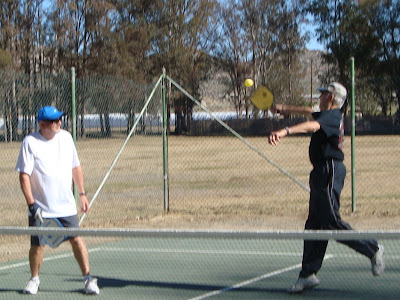 It was a good group of Pickleball players at TT Wilderness Lakes and it was lot of fun!!