Dec. 31, New Year's Eve - At TT Palm Springs we had our usual Saturday Pickleball tournament even though it was New Year's Eve. It was a lot of fun for all!! Here is just some of the action.
The fearsome foursome!! Rich, Will, Bob and Dean. 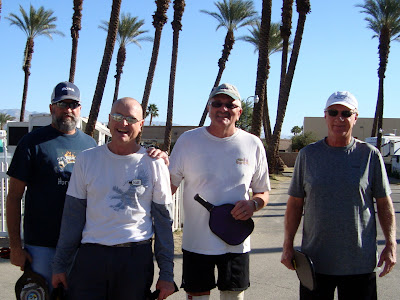 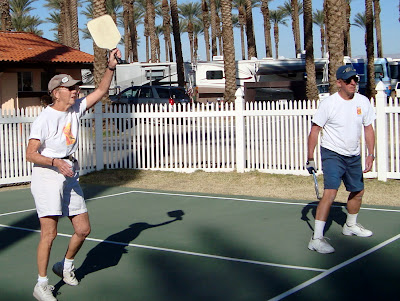 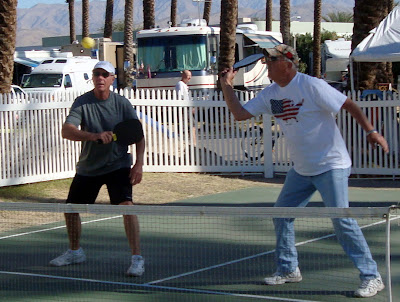 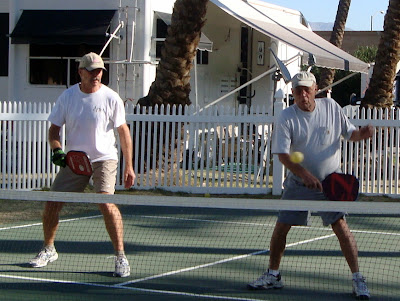 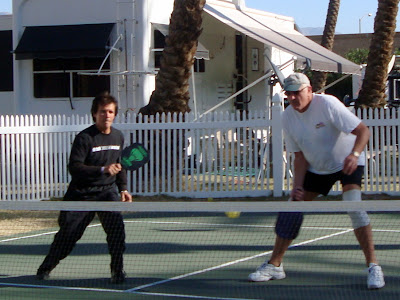 Linda and Dee. Dee ended up with Second Place. 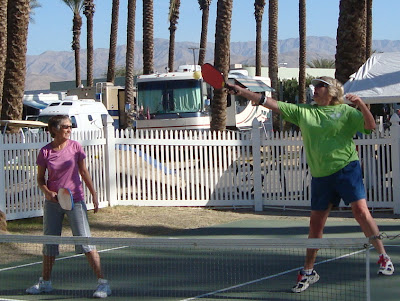 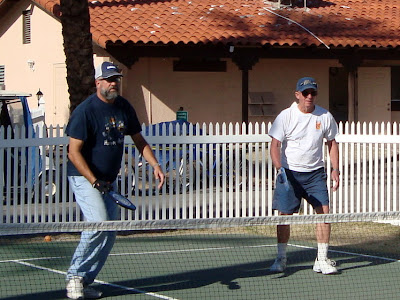 Congratulations to the winners and to all participants!
Thanks again, Rich, for another great tournament!!
Posted by Highway Runner at 11:42 PM No comments:

Dec. 26 - We arrived at TT Pio Pico about the middle of the day on Wednesday, 22nd. We were lucky again!! Went straight to the south side and found an open 50 AMP site!! Pulled right in! The weather was very nice during the day, but down into the twenties during the night! Burrr
We spent most of our time away from the campground. It was not until Tuesday, 26th that we took a drive around the campground. We could not believe how things have changed!!
Almost all of the sites in "E" and "L" sections (down near the Adult Pool and a favorite area for a lot of transit RVers) have been turned to Leased Sites, virtually eliminating those sections from use by travelling RVers. "!
But we were astounded when we drove over to the North side. Many of the sites on that side have also been turned to long-term sites. Many of the sites looked like the occupants have been there for years!! In other words, they look like "Squatters"! At the end of December when you think Pio Pico would be filled to capacity, the North side was nearly empty, except for the long-term campers! It was really sad!!
The pictures don't show the full impact. There's a lot of "stuff" behind the shrubbery. 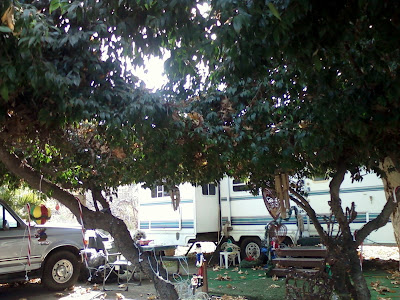 A nice gazebo but lots of stuff accumulated along the fence. 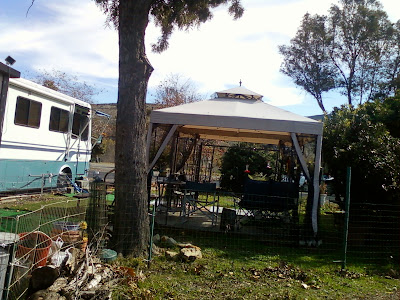 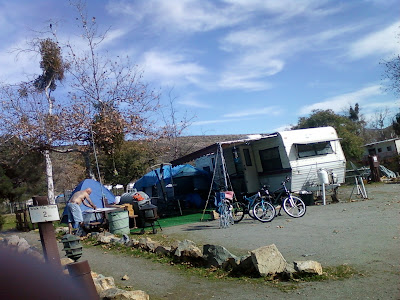 This site wins the prize!!! 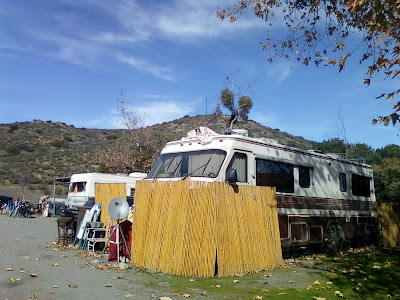 One thing that has not changed since we were last there in February 2011 is the Pickleball courts!! They are exactly as we left them!! The surface has not been cleaned; the nets are down; cracks are forming in the middle of the court. It is a real shame to let nice courts go unattended to deteriorate. 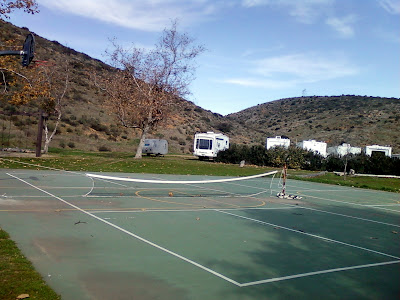 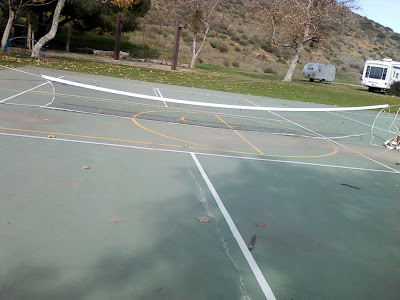 PS. No Pickleball court has been painted under the shelter at the family lodge!!
Posted by Highway Runner at 12:37 AM 5 comments:

Dec. 24 - We moved to TT Pio Pico this week, down near Chula Vista, so that we could spend some time with Ken's son Richard during Christmas. The schedule in Richard's household was a bit hectic this year. We arrived at Pio Pico on Wednesday, 22nd, and discovered that plans had changed and Christmas dinner would be late that afternoon! We quickly put a Costco ham in the over, backed a pumpkin pie, and made sweet potatoes to carry over for dinner. Richard prepared the turkey, mashed potatoes and all the trimmings. Everything was delicious!!
Ken carving the ham; Richard in the background. 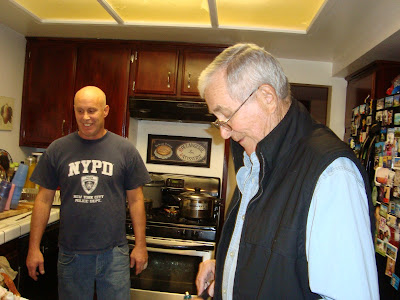 Richard has to boys, Russell and Jacob. His fiance Marlo has two children as well, Andrew and Emily. We were all together for dinner that evening, as well as Marlo's family who were visiting. I should have taken pictures during dinner because we were never all together again for Christmas pictures!
We visited again on Friday. I had promised Emily that I would show her how to make the wonderful Almond Rocha.
Emily stirring and stirring and stirring! (Sun shinning in my eye through the window.) 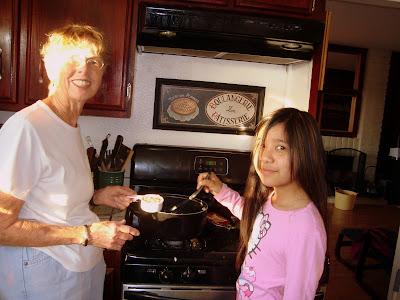 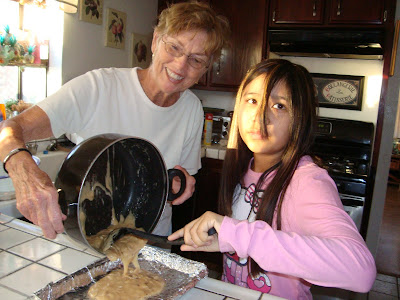 The project was finished the next day. We were not around for the eating!!
Merry Christmas Richard and family. It was good seeing you again, although all too briefly!
Posted by Highway Runner at 12:01 AM No comments: