We recently got some really neat pictures of our Grandsons!!
My Grandson Thomas (Raleigh, NC) all dressed up for a big formal affair! Sooooo Handsome!! 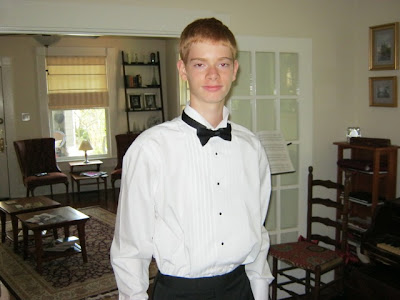 With hat and shades!! Soooo Cool!!! 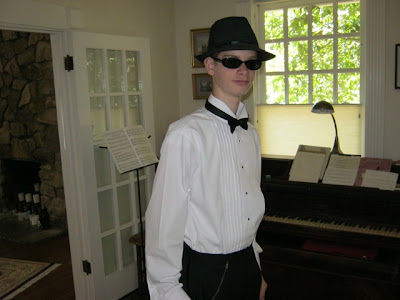 Thomas on his horse Domino!! "Tall in the Saddle!" Notice the ribbons on Domino's bridle!! Soooo Neat!! 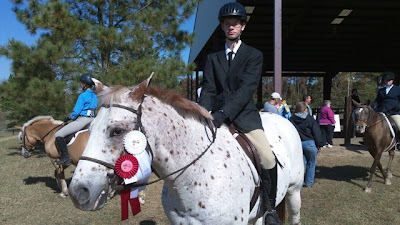 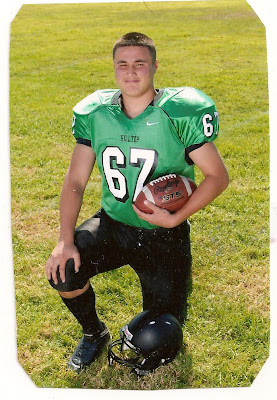 We love you guys!!!
Posted by Highway Runner at 9:45 PM No comments:

Nov 17 - We read on-line that about 500 people gathered in Indio at the site of the future transit center in anticipation of the arrival of Locomotive No. 844, the last steam engine built for Union Pacific. The "Living Legend" was recently renovated and this was her maiden tour from Wyoming, through New Mexico, Arizona, stops in California, up to Las Vegas and Utah before, heading back to Wyoming.
Pickleball friend Roy and his wife Sandy mentioned they were going to go to see the last steam locomotive as it passed by. We asked if we could join them. And we were off on an adventure to see a piece of history. It seemed like a good idea!
We stopped at a small shopping strip across the highway from the train track, and started waiting for Old No. 844 to pass by. And we waited; and we waited.
Ken and I finally crossed to the median of the highway to be a little closer to get better pictures when the engine passed. And we waited some more! 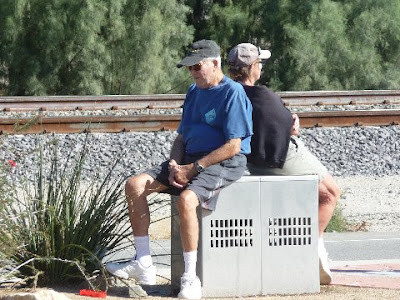 We crossed back over the highway and waited a little longer. Finally, Sandy got excited -- "Here it comes!!" I jumped up, grabbed the camera and took my pictures!
The first one between the trees and the traffic, but you can see the steam rising! 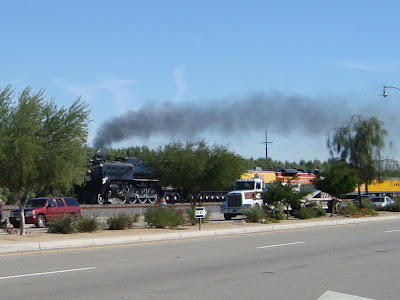 The second behind a car and SUV, but you can see the Engineer at the window and another RR worker standing at the stairwell!! 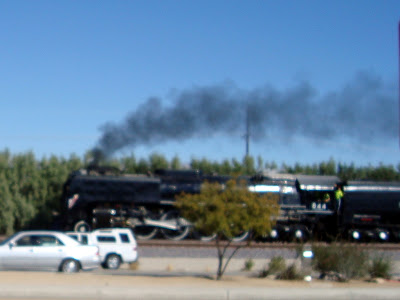 My third picture - No. 844 had passed and Roy was in the foreground!! 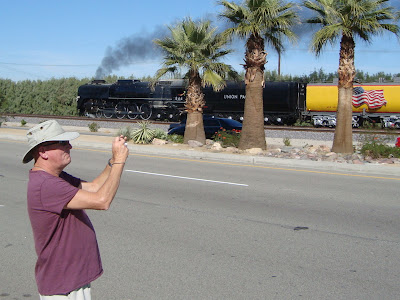 Fortunately, Roy got a really good one!! 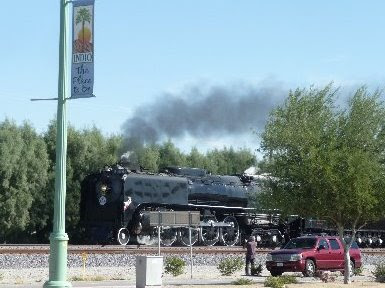 It was really nostalgic to see that old Steam Locomotive go by! Just took a little longer than we anticipated. We learned later that the train was an hour late getting to Indio, causing our long wait!
Thanks Roy and Sandy for including us!
Posted by Highway Runner at 11:32 PM No comments:

Nov. 16 - We have been a TT Wilderness Lakes for two weeks. It has been fun playing Pickleball every morning. The other day, we only had eight players, four couples!
Here are the girls: Pam, Pam, Julie and Faye. 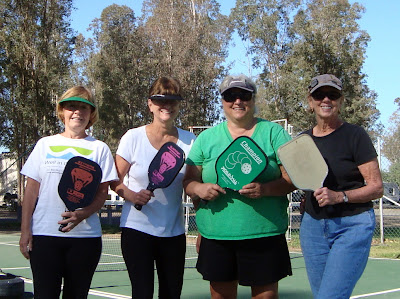 And here are the guys: Chuck, Ken, Walt and Bob. 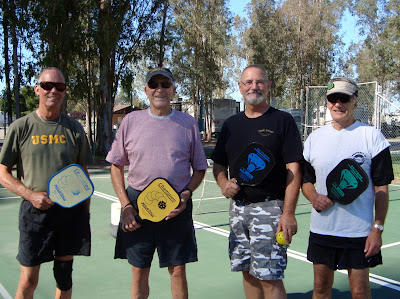 Walt and Pam are relatively new Pickleball players; just started at TT Palm Springs a couple of weeks ago. One day Walt mentioned that he and Pam enjoyed preparing Jambalaya. Did we ever have pot-lucks?? Do we ever??!! That is all we needed. A pot-luck dinner was planned immediately with everybody bringing something to serve with the Jambalaya.
Here we are enjoying dinner: Around the table: Pam, Bob, Ken, Nancy, Julie, Chuck, Mike, Faye, Pam, and Walt. 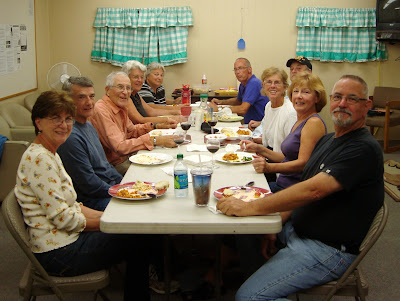 Looking the other direction. 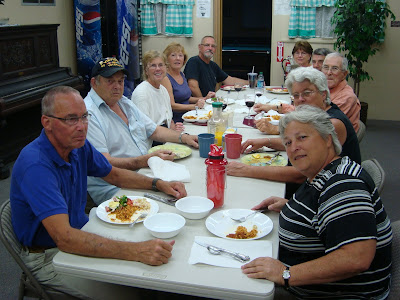 The Jambalaya dinner was so successful, this is all that was left!! 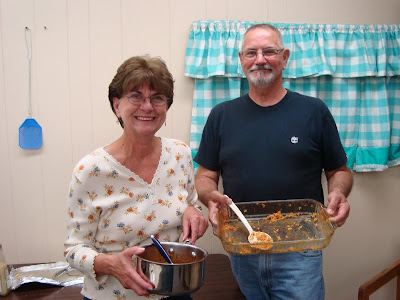 Pam and Walt will fit right in with the Pickleball crowd!! Play Pickleball and eat!!!
Thanks guys!!
Posted by Highway Runner at 12:08 AM No comments:

MORE VISITS TO THE DERMATOLOGIST!! 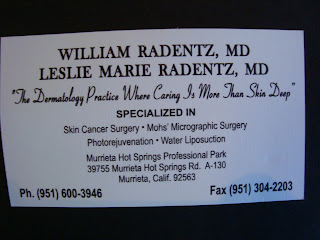 Our Dermatologist, Dr. Leslie Radentz had this warning in her Comment on our Blog in October:
Skin cancer is the most dangerous Cancer under the sun! You can still have fun and practice Safe Sun! Wear sun protection and avoid the mid-day sun.
It was very hard to include these unflattering pictures on our Blog (don't we look ancient), but I decided that the message from Dr. Leslie was important enough to share.
Actually, we were both very fortunate; our skin pre-cancer cells and Squamous Cell cancer
were found early and easily treated by our Dermatologist.
I, myself, had a skin examination and several pre-cancer cells treated by Dr. Radentz back on October 12, and then I had a Squamous Cell cancer removed on October 17 (previously reported on this Blog.)
After my experience, we decided that it would be a good idea for Ken to have a skin examination as a precaution too, and on November 8 he visited Dr. Radentz. She treated some pre-cancer cells and in one instance she did a biopsy. Fortunately, the result of the biopsy was benign. 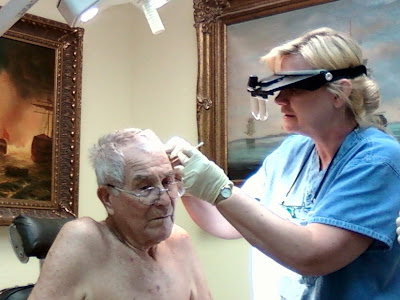 On November 14, I had two more Squamous Cells removed -- one from my right thumb and the other from my temple!! Tissue evaluations showed the margins were clear. All evidence of the cancer had been removed. Thank God for that! 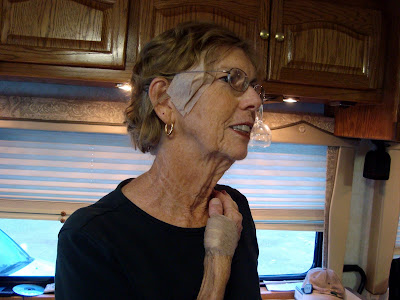 We hope you learn from our experience: Practice Safe Sun, Wear Strong Sun Protection, and have periodic skin examinations!
Posted by Highway Runner at 11:34 PM No comments: