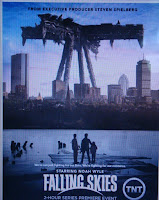 “Falling Skies” is a new TV Series by Steven Speilberg. The premier is on Sunday, June 19th on TNT. Ken’s granddaughter, Niki, works with the Spielberg Studio and was involved in the creation of the series. Neat, Niki!!

“Falling Skies” appears to be a SciFi, Futuristic series. We will definitely watch the Premier on Sunday the 19th but it may not be our “cup of tea”! Although, we do sometimes watch SciFi -- “The Event” and “V”, and Ken is waiting for the return of “The Walking Dead” – all SciFi.

Posted by Highway Runner at 9:09 PM No comments:

Jun 03 – We’ve been at TT Verde Valley since the middle of April, and this is the first time we have driven into Sedona, a very popular tourist Mecca because of the beautiful Red Rocks and because Sedona is believed by many to be a vortex meditation site, places of power in the red rocks that enhance prayer, contemplation, and reflection.

We drove in for a few hours today and would like to share some of the beauty. 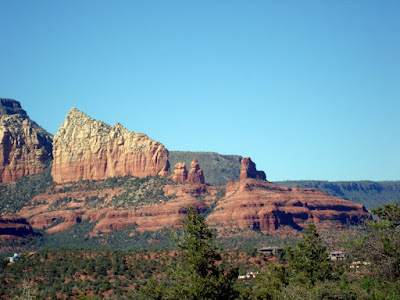 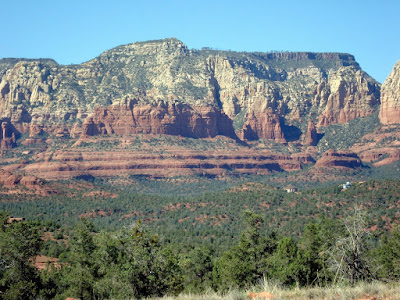 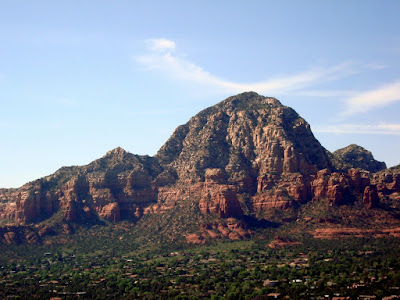 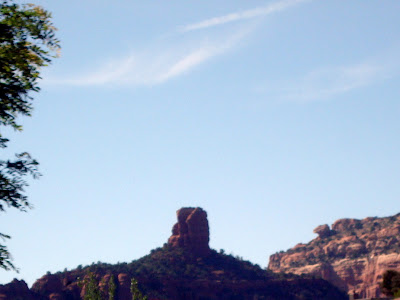 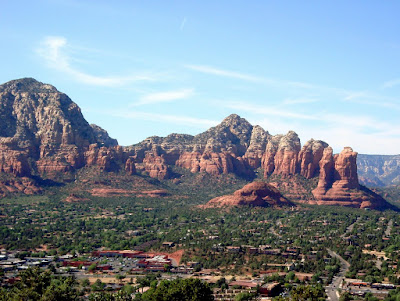 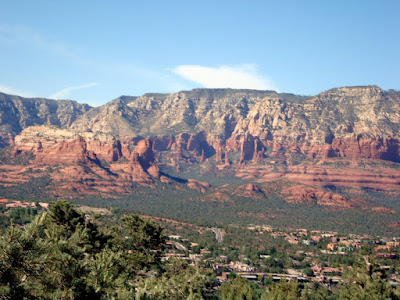 Here we are up on Airport Road Overlook. We've been to Sedona many times but never have been up here. We met a nice Hispanic family. We took their picture, and they took ours. Then they wanted to use their camera to take a picture of their kids with us!!! Amazing!!! 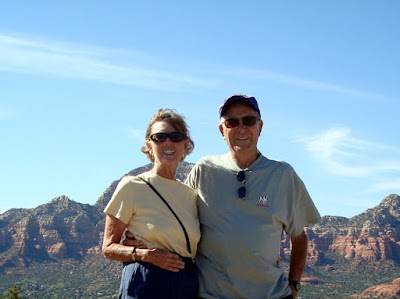 Posted by Highway Runner at 10:46 PM No comments:

May 27 - June 1 - We returned to TT Verde Valley on Wednesday, June 25, after our week out in Payson, AZ. On Thursday morning we had an appointment in Cottonwood, and did not get over to the Pickleball courts. On Friday the 27th, when we arrived at the courts, there was a whole new group of new Pickleball players. Five rigs are traveling the country together and had arrived at TT Verde Valley while were were away. They knew about the game of Pickleball but none of them had ever tried to play. They decided now was the time to try -- and they LOVE it!!
The group invited us, and other players we already knew, to join them at a Happy Hour later Friday afternoon. We thoroughly enjoyed ourselves!
The Men:
Front Row, Left to Right: Ed, Paul, Alan, Ken Second Row: Greg, Carl, Jack, Big Ed standing Third Row: Don, Keith, Larry 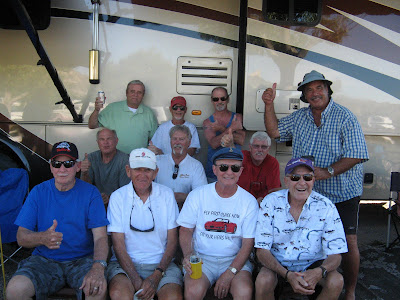 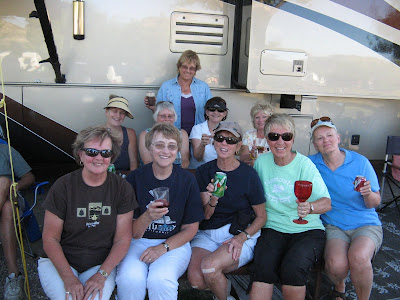 The group is very fortunate that Keith is at Verde Valley and gladly shared his Pickleball knowledge. On Saturday morning, he had lessons for some of the new players.
Larry, Linda, Keith, Elaine 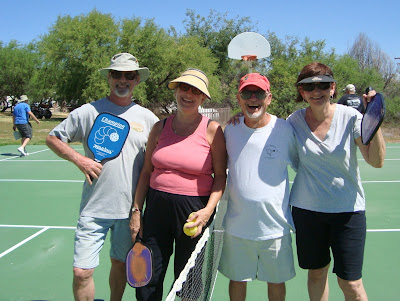 Keith and Elaine. This time I'm not in the Kitchen!!! 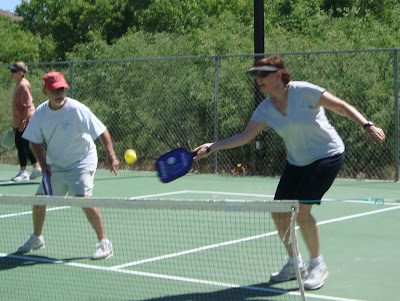 Larry lunges for a ball while Linda watches. 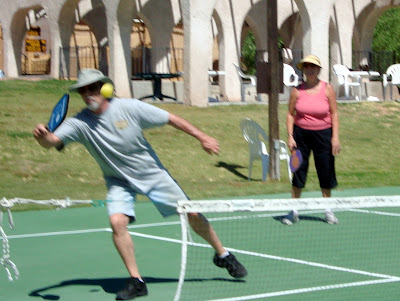 Another foursome played on the other court. Here is Don and Jeannie. 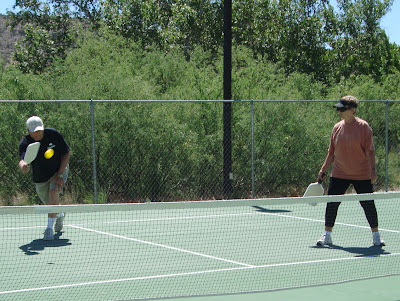 And Jack and Sue. 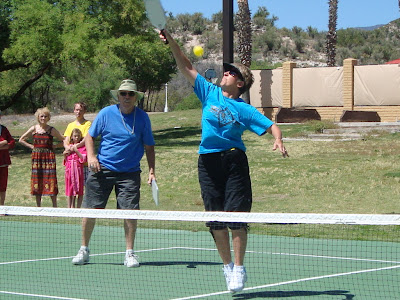 Great game. That was fun! 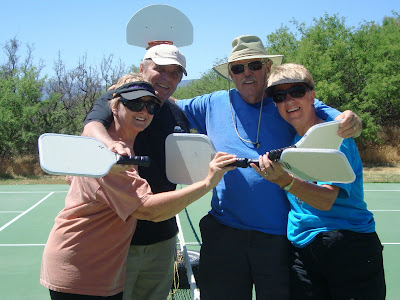 Other action during the week. Carl and Leona. 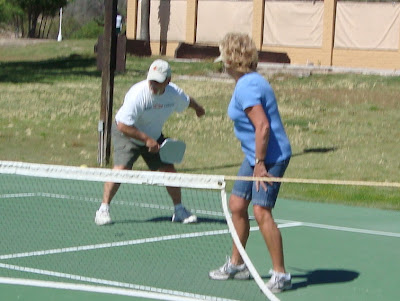 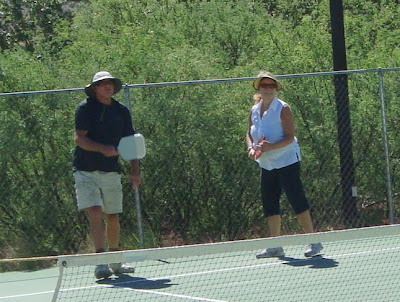 The guys had a foursome. Ken, Carl, Don and Ed. 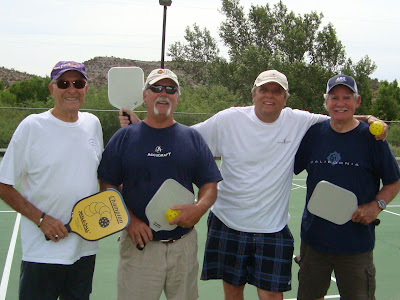 And the girls had a game. Diane, Faye, Leona, and Don agreed to be a girlie girl. 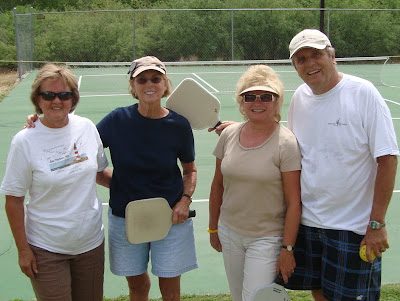 You'll notice all the new players are using Spike's new ZZT Sports paddles. That is what they sell at the TT Verde Valley Store. The name ZZT stands for the first score called in every Pickleball match -- Zero, Zero, Two. 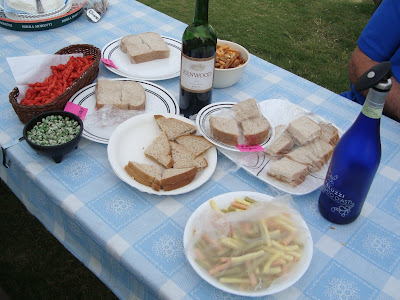 During the Happy Hour, Sue presented the group with Pickleball name paddles that she had gotten from Trudy and Alan. 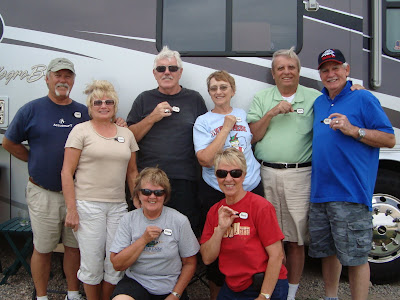 After that we conducted a Pickle Penning Ceremony in recognition of the new players' enjoyment of Pickleball! They are facing the Pickleball courts and pledging to play, enjoy, and promote the game of Pickleball at every opportunity! 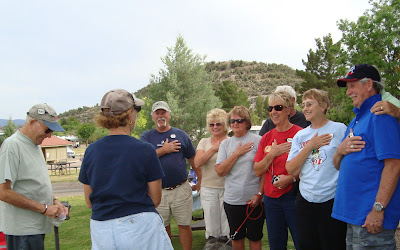 It's been great meeting you guys!! See you on the courts!!!
Posted by Highway Runner at 11:18 PM 2 comments: