REACQUAINTED WITH AN OLD FRIEND

Apr 16 - This week I was reacquainted with an old friend!! No, it was not Henry shown here, it was my old Champion Pickleball Paddle!! 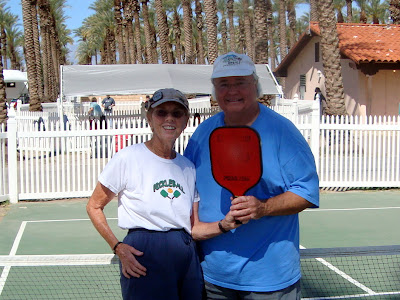 This is pretty unbelievable!! At the Pickleball courts today, Henry here approached me and introduced himself. He said I probably would not remember him, but he remembered me because I had sold him my Champion Pickleball Paddle back in November 2006 while at TT Chesapeake Bay!!! He explained that he had just started to play Pickleball and wanted to buy a paddle. All of our "Spike Paddles" had been sold but I offered to sell him my own Champion paddle. He has been playing with it ever since -- and quite a good player he is!!
Thanks so much Henry, for taking such good care of my old friend!!
PS. That's Henry in the background, behind the new Pickleball Doll made for me by Barb Johnson!!! 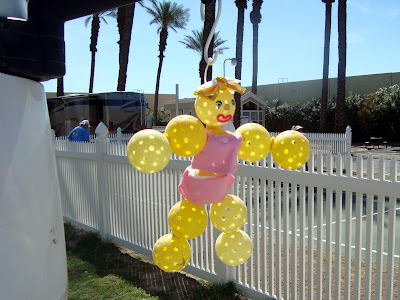 And, by the way, Dennis has had his surgery and is doing GREAT!! Back on the Pickleball courts every day!! Looking Good!!!
Posted by Highway Runner at 12:04 AM No comments:

LOOKING BACK TO TT WILDERNESS LAKES

Mar 28 - Apr 11 - We spent another couple of weeks at TT Wilderness Lakes from the end of March thru early April. There were fun games of Pickleball every morning. We always had two courts playing with a few players waiting to play.

Walt is cutting up again; Julie, Sue and Chuck. 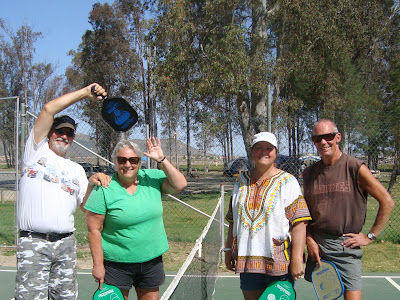 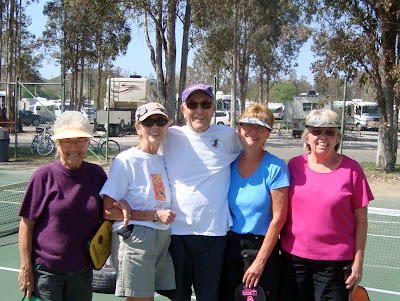 Apr 08 - We were invited to share Easter Dinner with Pam and Walt, Julie and Chuck and some of their neighbors! It was delicious!!!
Pam took a Ham and Cake, I took my Corn Pudding, Julie had Turkey, Dressing, and Cake, and her neighbors took "Olive Garden Biscuits" and home made Cheesecake!! UUMMMM!! 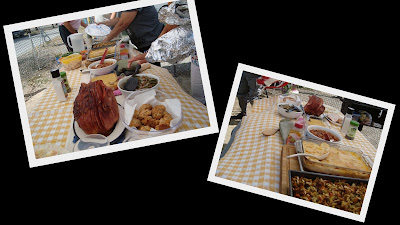 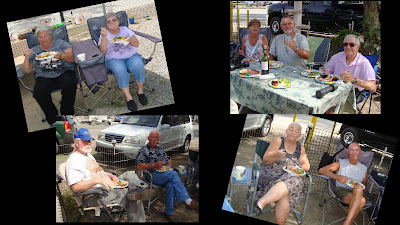 Thanks guys for including us in your day!!

Posted by Highway Runner at 10:24 PM No comments: