DOWN THE HAUNTED STREET!! 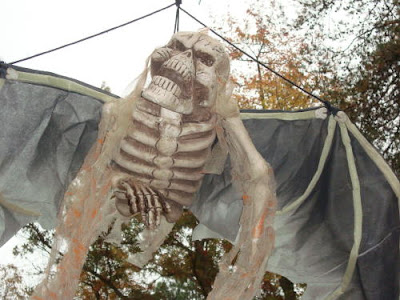 After the work was done, there was time for some picture taking and eating.
Here is Diane with Elvis [Brad]!! How did I miss being in this picture??? 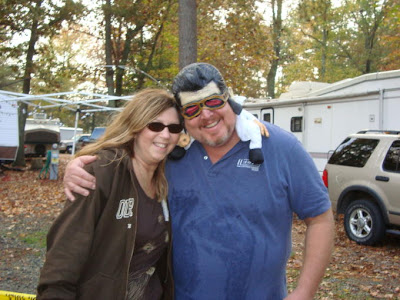 The Blues Brothers [Eddie and Brad]!! 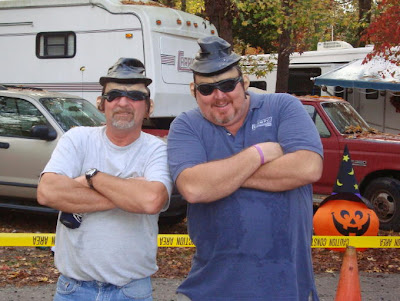 My little friend, Caleb with Diane’s Witch, cooking up a good Witches' Brew. 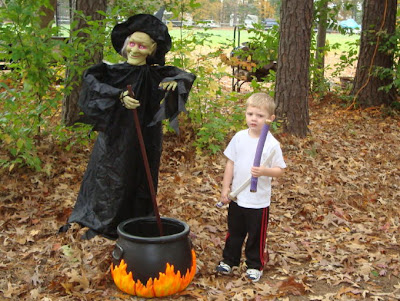 Of course we had to get together for a Potluck after all the work. Delores preparing enough grilled cheese sandwiches for 40 people!! 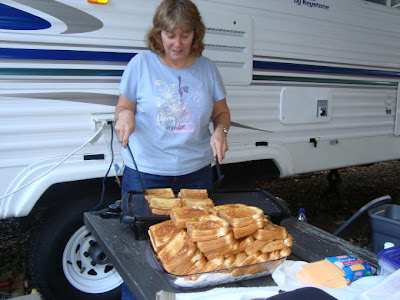 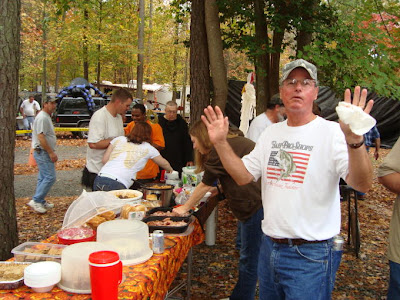 Of course, the Haunted Street was much more Scary after dark. Unfortunately, I did not have my camera with me. I missed some great pictures –

Like when A Snake dropped down from a tall tree and hit me in the head!! At first, I thought it was a rope or something, but then it started to wiggle around, just like a snake!! I grabbed Ken by the arm and yelled! “It’s moving!! It’s moving!! Ken! It’s a snake!!” I think everybody in the campground saw my reaction. They thought it was hilarious!! Everyone had something to say about it!! We really needed Mark (Phaeton Place) and his camera to get a picture of that awful snake!!

And then there was A Chilling Scene at the end of the trail!! Diane was lying on a table. Suddenly, a spotlight glared; there was a bloodcurdling scream; and a terrifying beast [Mike] chopped off her arm with a huge cleaver! Right there before our eyes!! Blood was everywhere!! A very exciting way to end the trail. So sorry I did not get that picture!!

Great job everybody!!
Posted by Highway Runner at 12:36 PM