A TRIP TO HARD ROCK CASINO

February 1 - The Resort arranged a trip to the Hard Rock Casino in Tampa. The bus carried about 65 of us over to the Casino, leaving at 9 AM and departing the Casino at 3:30 PM. For $20/pp they gave us $10 and $15 gambling coupons for the slots and a $5 coupon to use for lunch. 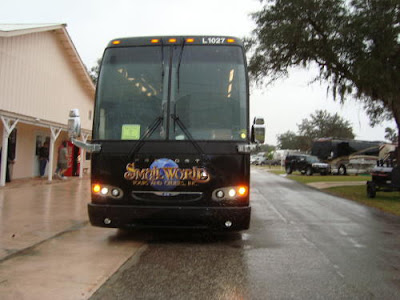 A good time was had by all, but some were more lucky than others. We quickly discovered that we lose all of our complimentary $$ if we played until it was gone. So we would play until we had a hit that paid say $2.80. We would cash that out. Then if we hit for $2.50 we would cash that out, etc. until all of the original coupon was gone. We managed to win a total of about $20. 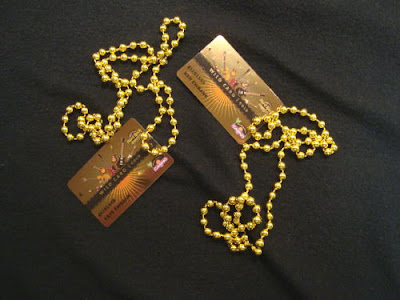 But our friend, Stan, was really lucky. He sat down for a moment and quickly played the $10 coupon and immediately won $15 so he cashed that out. Later, he sat down next to me and inserted the $15 coupon. Somehow he selected enough lines to lose $7.50, half of the coupon value. He decided to repeat the bet and just blow the rest of the coupon. But what happened was the Slot machine went crazy. He hit a 10 game X 2 bonus!! The reels kept rolling around and around, dinging and dinging! Stan ended up winning $124!!! He treated us to lunch (after coupons) for bringing him luck!!! Congratulations and Thanks Stan!!!
Posted by Highway Runner at 5:43 PM