May 10 – We left Chesapeake Bay this morning and went to spend five days at the Elk’s Lodge in Richmond. Mike and Diane had called us to see if we could go to Mexican with them for Mother’s Day. Of Course!!!

We went to their house before dinner and indulged in some of my Sangria and a game of “Corn Hole”. Mike and I took on Diane and Ken. After practicing a few throws and being unable to even hit to board, I wanted to throw against the weakest opponent – How the heck did I get Ken???

Anyway, Diane and Ken were in the lead; 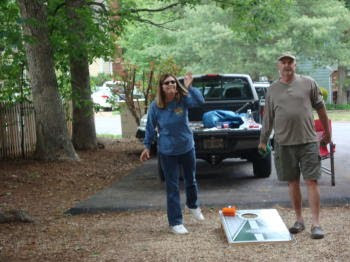 Mike caught us up with them; 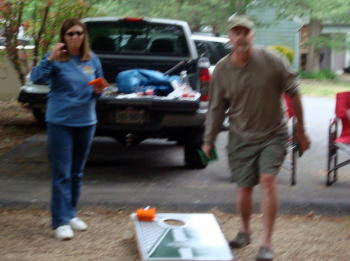 they passed us again with Ken’s toss. 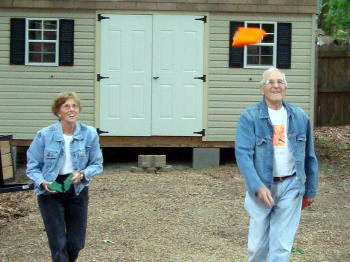 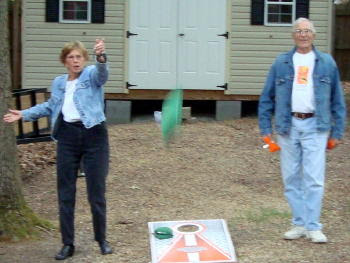 After the game we went to El Paso Mexican for dinner. 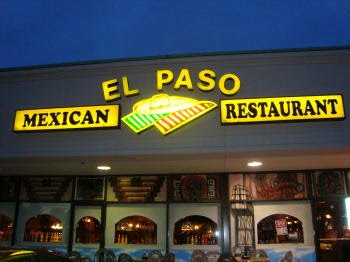 We had about all we could eat and it was delicious!! 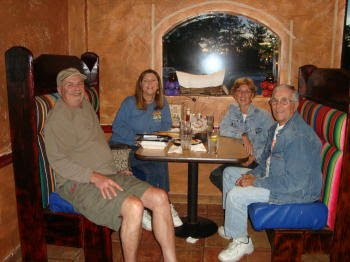 Thank you Diane and Mike. It was a great Mother’s Day celebration!!
Posted by Highway Runner at 9:48 PM

That looks like such a fun game and you two are looking sooooo good!!!!