ON AN ADVENTURE WITH PHIL

Feb 22 - We moved from TT Wilderness Lakes today to TT Pio Pico, southeast of San Diego, CA. We did not have to go temporarily to the North side as so often happens. We were able to go directly to a site on the South side. This is probably the best site we have ever had at TT Pio Pico. Not only is the site a large one with good views, it has 50 amps!!!

The view from our side yard -- A Babbling Brook!!! 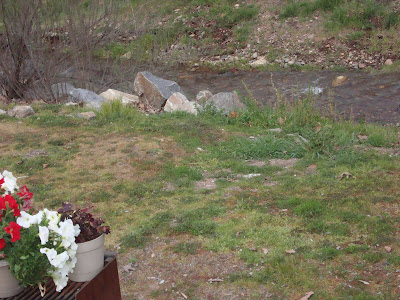 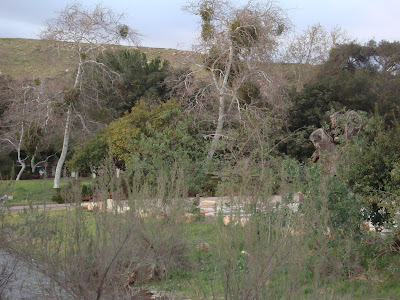 One of the first people we saw after setting up was Phil. We had run into Phil several times in the past few months. In fact, we heard that he had won Gold in two Basketball events in the Palm Desert Senior Games -- The Free Throw and The Hot Shots!! When we asked him about it, he showed us his medals -- Impressive!!

Before leaving, however, Phil and Ken argued about who had the better hiking sticks!! Phil's stick was made from Yucca cactus and Ken's was made from Saguaro cactus ribs. Both were strong and light weight!! But, Ken's was prettier!! 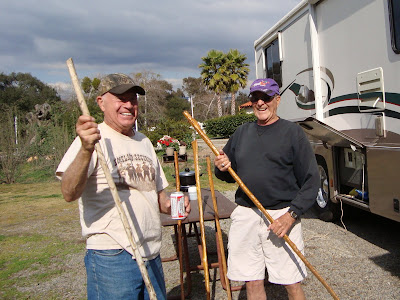 We found the Watercress!! 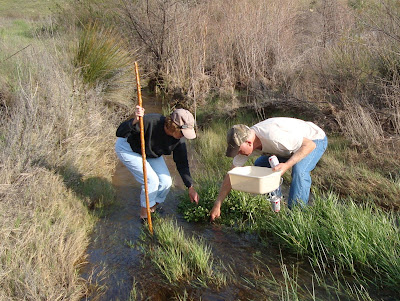 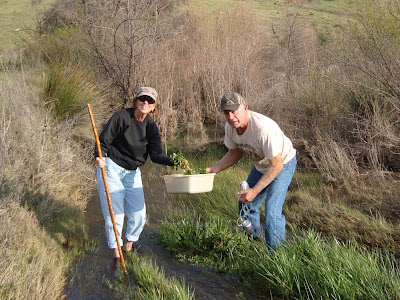 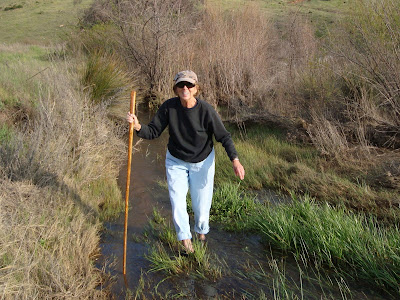 Here we are with our harvest!! 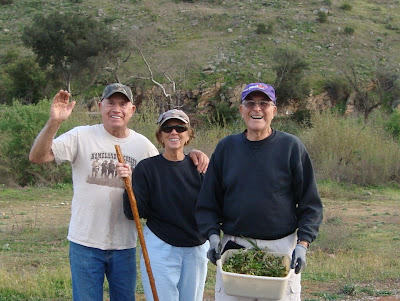 Thank you, Phil, for the adventure and the Watercress!! I have already made a delicious sandwich of soft bread and butter and Watercress. UUMMMMM!!

Posted by Highway Runner at 5:02 PM

We remember Phil. Nice to see him again. Loved your pictures.
~Betty