Ken has been fascinated with remote control planes and helicopters for a long time. This winter he talked to our friend Dick (and Rockey) and watched with envy as Dick maneuvered his own helicopter through some neat moves. So, recently when we were in Penny's, Ken bought himself a 3 channel remote control Tiger Jet Helicopter with Gyro. Gyro is a stabilizer for precise omni-directional flight. Very realistic flight: hover, up/down, right/left, forward/backward. Really neat!!

Ken quickly realized our Allegro Bus was a little too compact for him to practice maneuvering his new helicopter, so he goes to the lodges where there is plenty of room.

He has gotten very good at manipulating the controls to put the Tiger Jet through its paces! 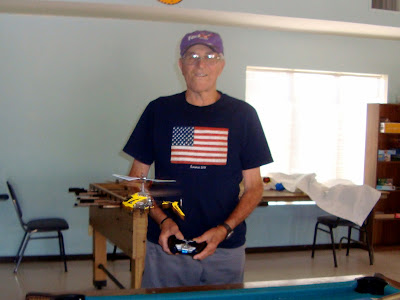 Flying to the right! 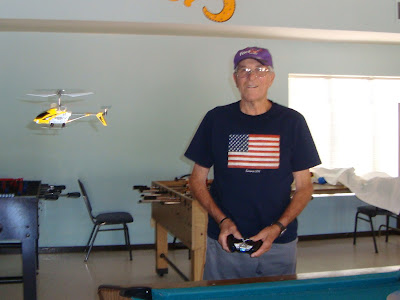 And to the left! 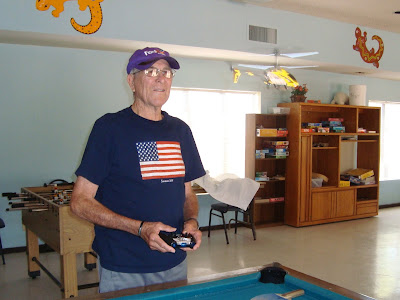 Now it's up at the ceiling!! 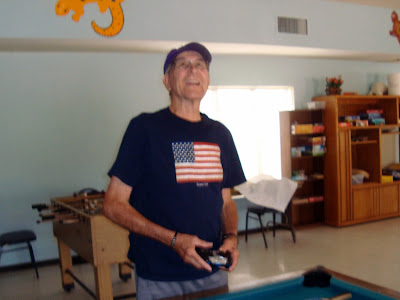 Now it's coming in really close!! 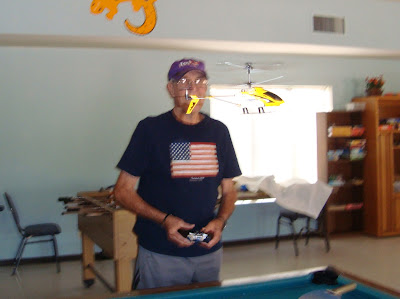 Oops! Attacking the camera!! And the camera operator!! Help!!! 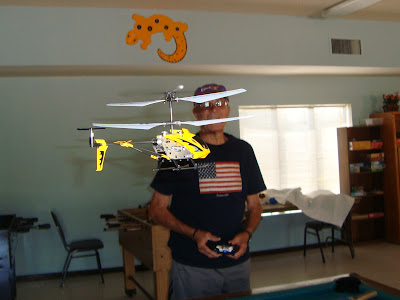 Time to put the Tiger Jet away for the evening!! 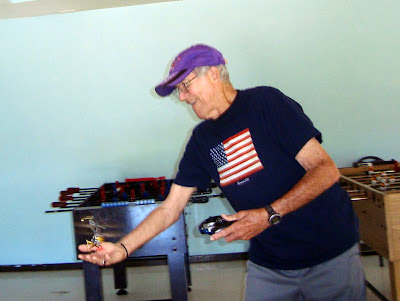 Until next time!! That was fun!!

Posted by Highway Runner at 6:40 PM