BACK AT TT WILDERNESS LAKES, CA

Fri Sept 29 - We are at TT Wilderness Lakes for two weeks.  It was good to see some Pickleball players! 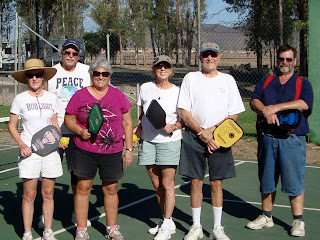 Later on in the week, the group had changed slightly.

Front:  Julie, Debbie.  Back Row:  Al, Jessie, Jim, Chuck, and Ken.  I did not play because of my Birthday Surgery, explained later. 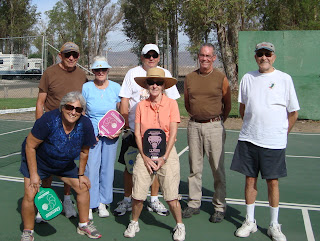 People who have stayed at TT Wilderness Lakes know that the campground is adjacent to the local dairy farm!  We have a swam of friendly flies that greets us every morning on the Pickleball Courts!! 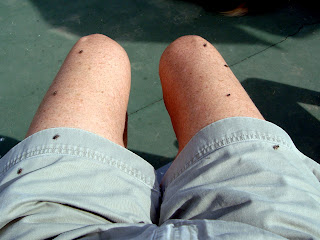 Locals have started playing Pickleball in the nearby Community Center.  A group of us went over to play on Thursday morning. 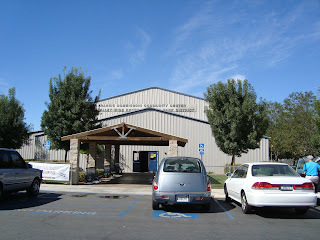 Jessie is helping Phyllis and Ron put up the nets before play. 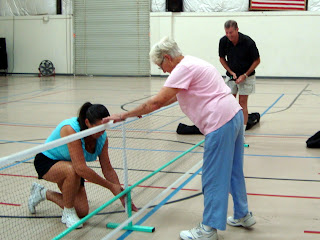 There is enough room in the Community Center to set up three courts. 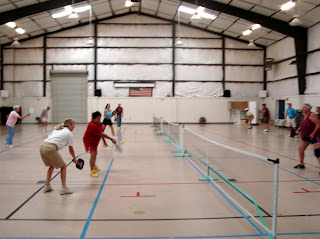 Jessie and Phyllis were partners.  They took on - 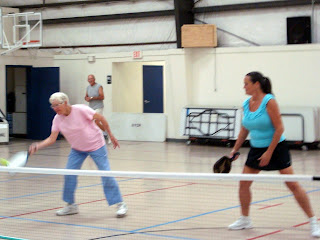 The team of Ron and Ken!! 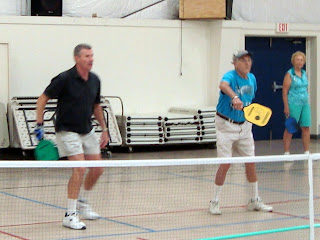 The great thing about playing indoors is that you don't have to be worried about the elements -- the sun, the breeze, and the FLIES!!

At 1:00 PM every Saturday afternoon TT Wilderness Lakes has Candy Bar Bingo.  Ken and I always participate when we are here.  We like their rules.  Each person is given four cards.  When you get BINGO, you turn your card in to the caller and pick up a candy bar.  The best part is that they call numbers until almost everyone has won a candy bar!!  Today Jessie and Jim M's wife "Adi" played as well. 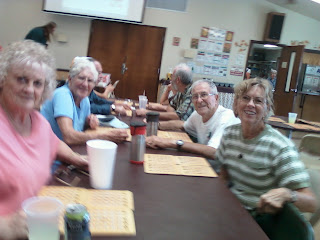 We like to try to win FREE candy bars to carry with us when we go to the DISCOUNT movies!!  This is our haul today!!  Ken won three candy bars and I won only one.  But, we each got a candy bar for our upcoming anniversary, and I got another candy bar for having a birthday!!  Looks like several trips to the movies!! 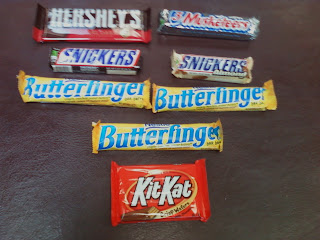