Wed, Nov. 20 - Today is our last day at TT Orlando.  We have been here for two weeks and have really enjoyed our stay.  We went over to play Pickleball this morning, but there was a heavy mist falling as we arrived at the courts.  So, we only played one game each.  You might be able to see how wet the courts are in some of the pictures.

I did not get any action shots of this match but got a picture of the group at the net.  Hope I have correct names.

Bob and Lee played against Carol and Matt.  If not, I'm sorry! 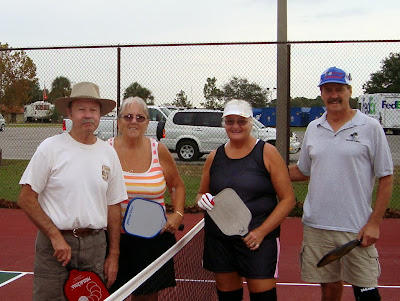 Bill and Ken against - 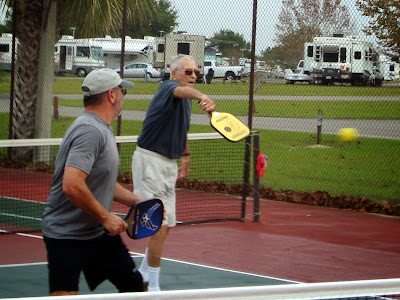 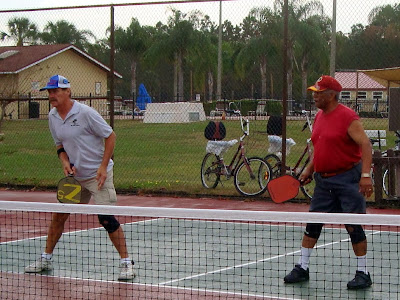 Bob and Pete played against - 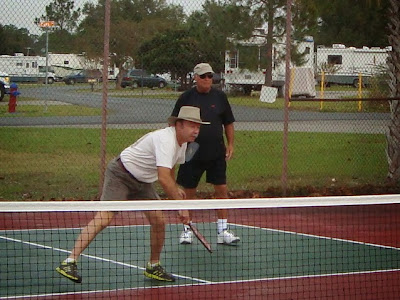 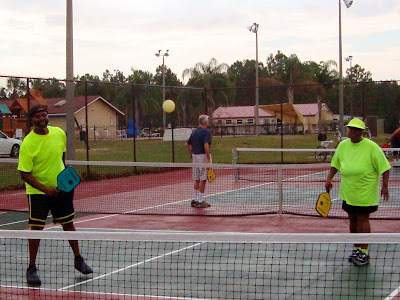 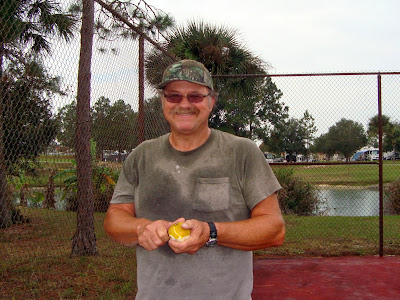 Lee and Mike.  When Mike saw me taking pictures, he said "Don't take my picture."  I didn't know if he was serious, so I decided to use this picture.  Hope this meets with his approval!!  HA HA 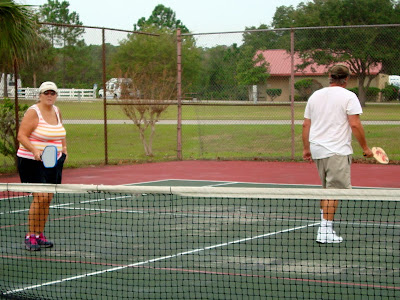 Terry and Joyce were Lee and Mike's opponents. 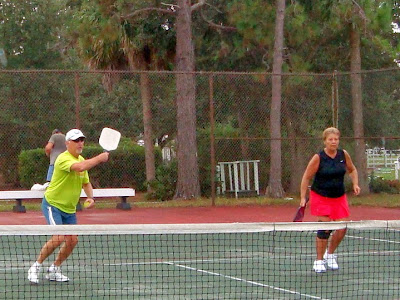 Bill and Ken still playing against - 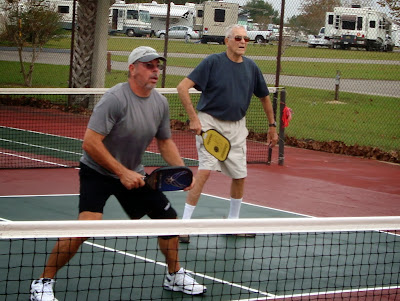 Matt and Paul!  See how wet the courts are? 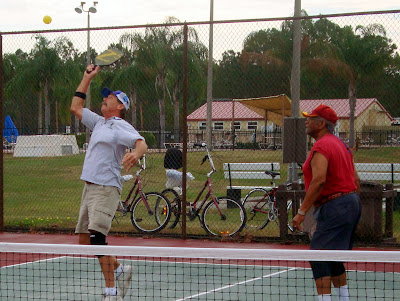 When their match was over, Bill offered to take a picture of the group on the sideline. 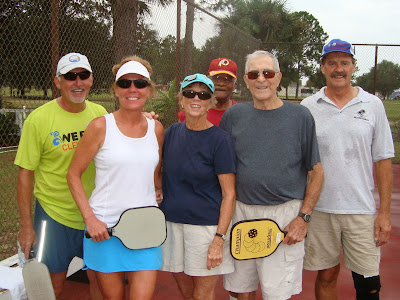 As I said, this is our last day at TT Orlando.  We leave tomorrow morning for another two weeks at TT Peace River, about 65 miles away.  Good-bye, Guys.  It was fun playing around with you.
Posted by Highway Runner at 7:32 AM

We hope to be Sebring by Sunday afternoon. Hope to pop over to see you while you are at Peace River.����