Nov 01 - 10 - Finally playing some Pickleball again!!  We have not been on the Pickleball courts for quite a while.  Just did not feel physically strong enough to play.  But here at TT Peace River we are feeling a bit stronger and anxious to get back on the courts.  There were at least four or six of us players who have been playing two or three games each morning. 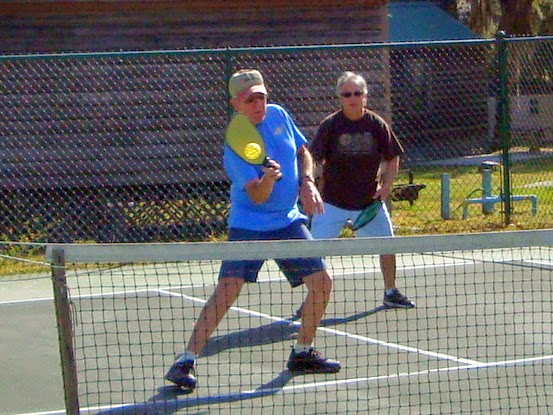 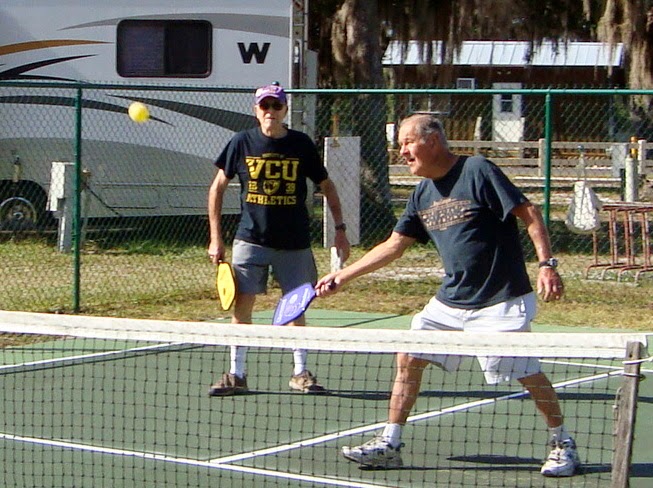 Faye with Chuck played against Heddy and Art. 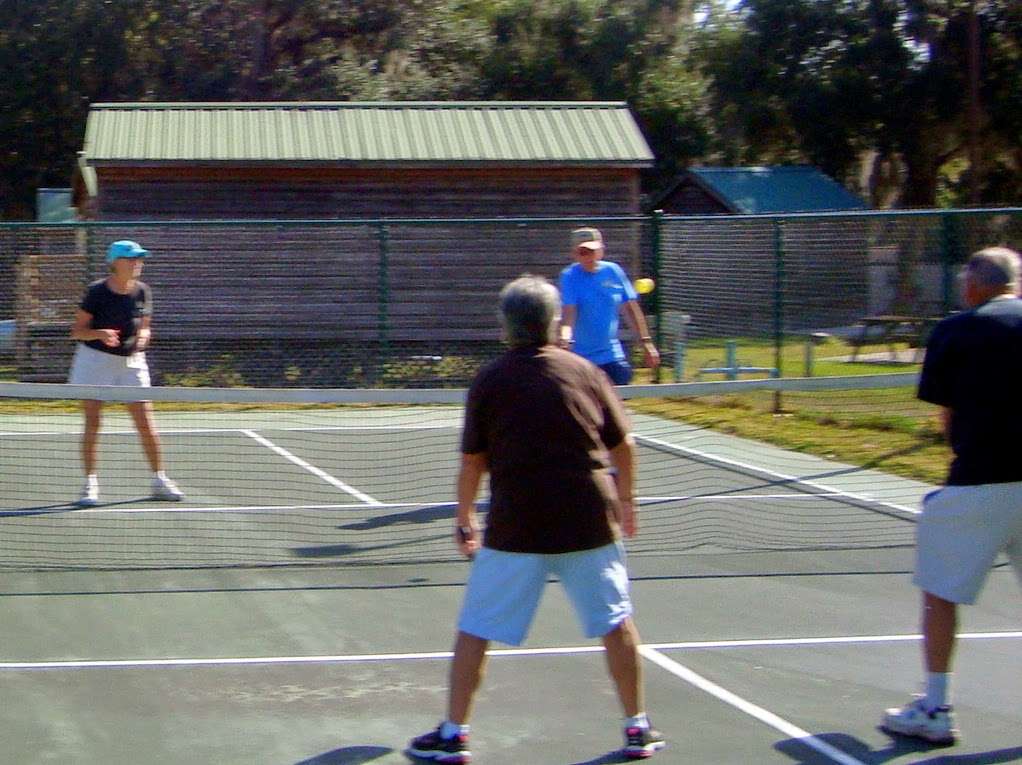 And then one morning Tom drove over from Sebring to play.  Tom with Ken. 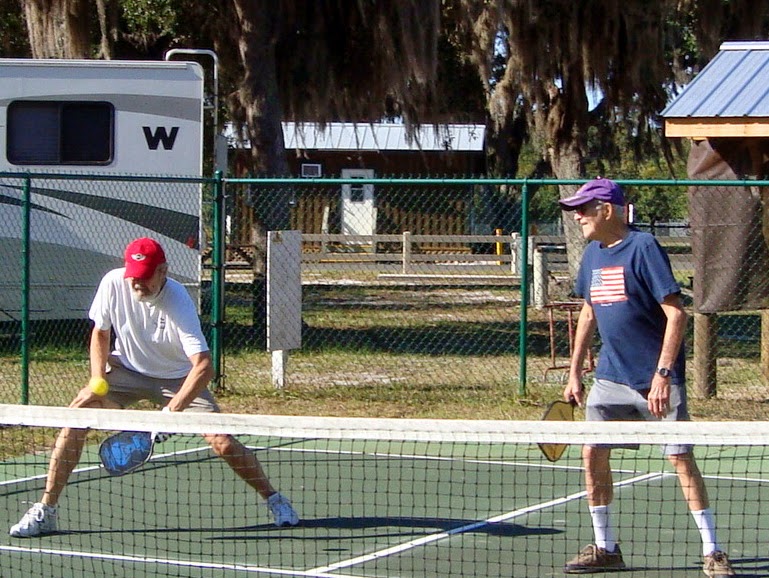 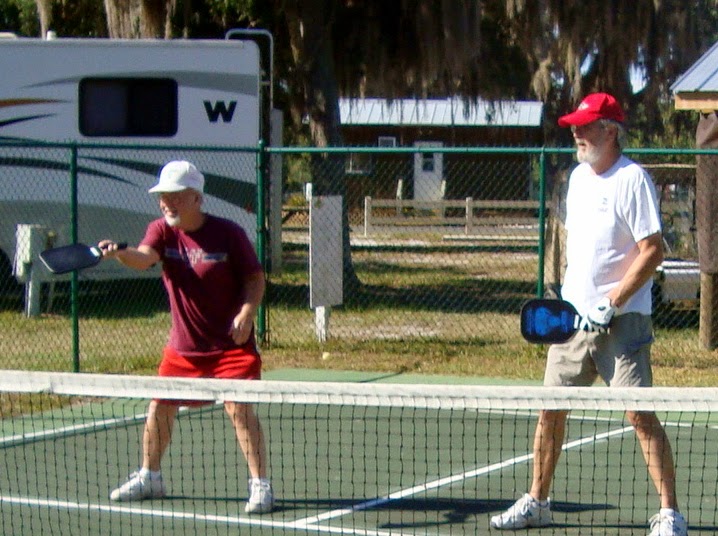 Travis is back at TT Peace River and he played us this morning.  Travis and Heddy. 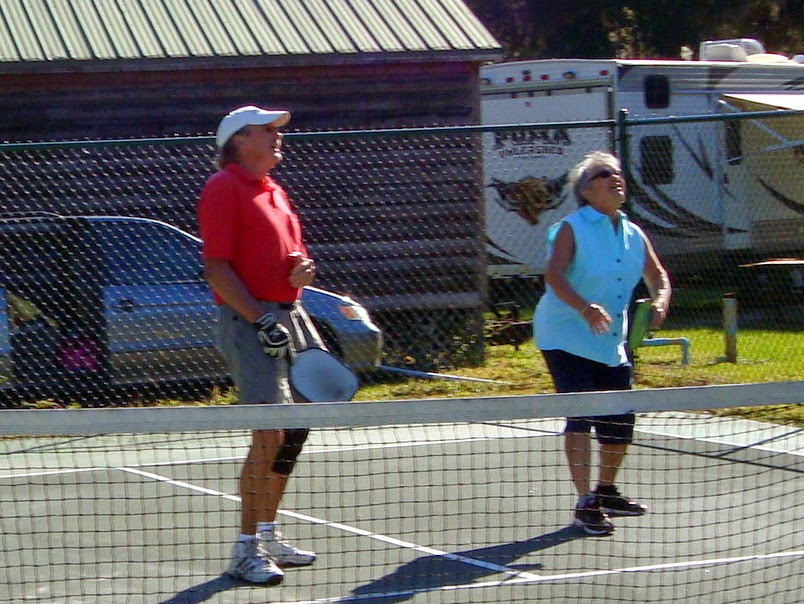 That made eight players this morning!!  We had enough players for two courts!!!
Heddy, Travis, Chuck, Art, Buddy, Tom, Faye and Ken. 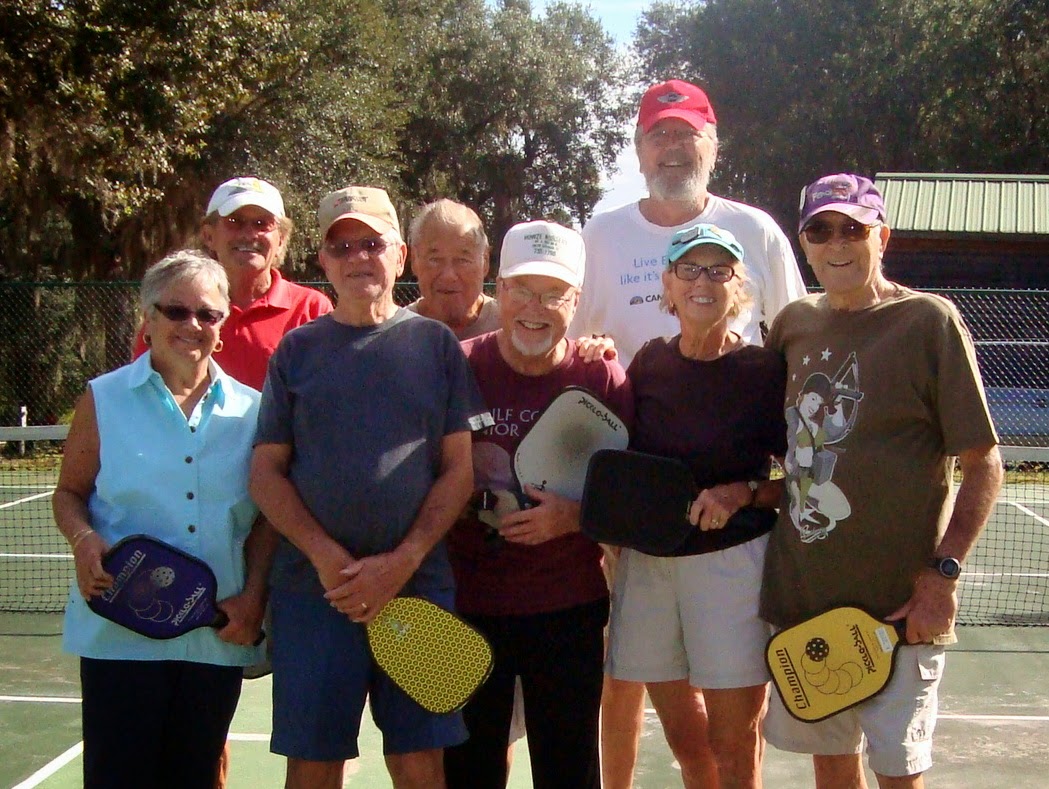 Diane rode over to the courts in the golf cart with Buddy.  It was she who took the picture above. 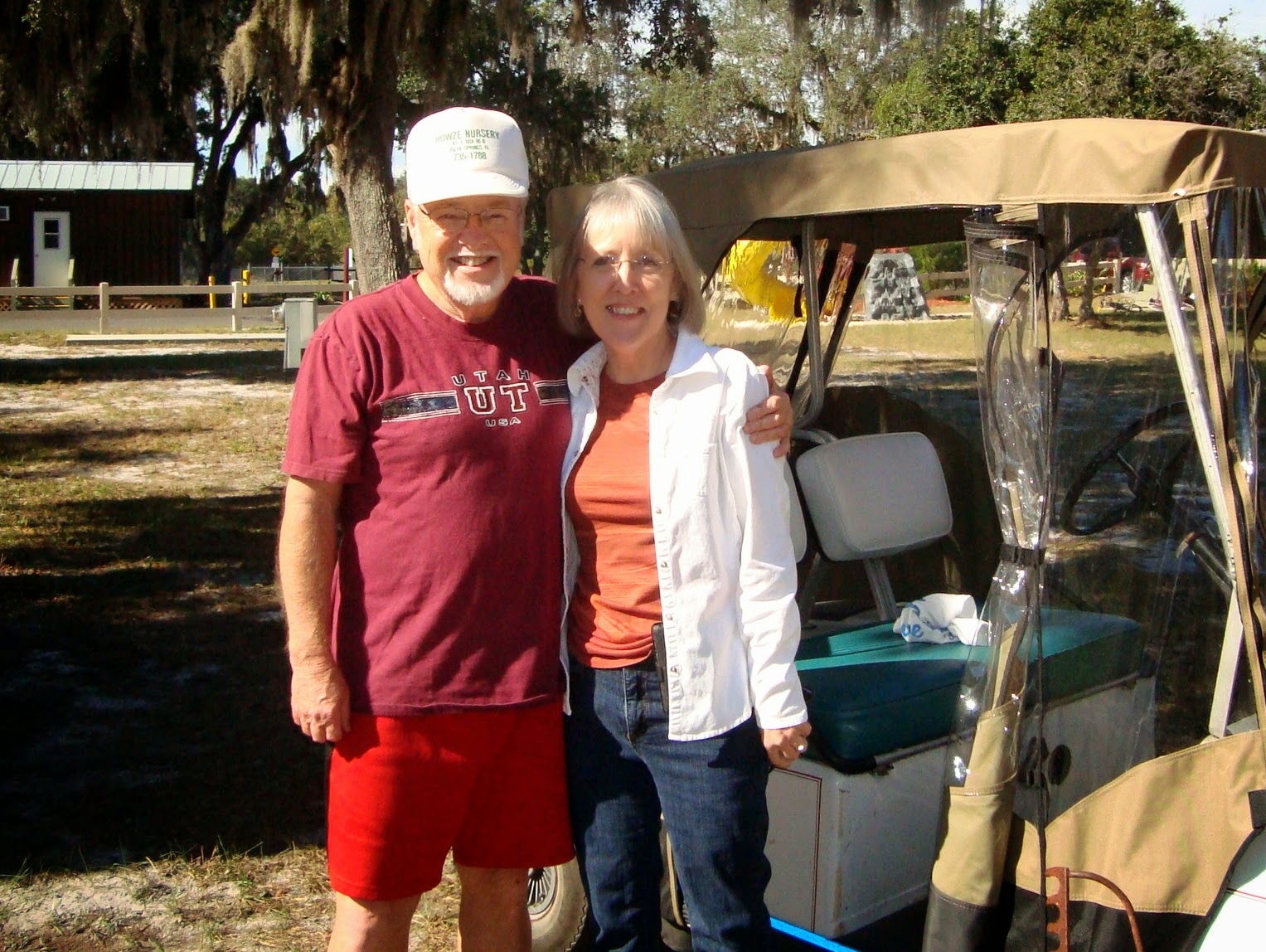 Thanks everybody for playing Pickleball with us!  It has been so much fun.