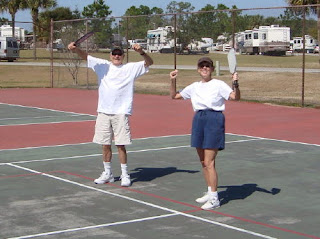 Yippee!! Ken and I have been getting out on the Pickleball Courts a little bit since we’ve been back at Orlando. Actually, Ken is playing more than I. We think the anti-inflammatory medication the hand specialist gave him has helped his hip and knee as well, and he is feeling more like playing.

We’ve met up with some old friends on the court and met some new ones. Just wanted to share a few pictures.

I go for my shot! 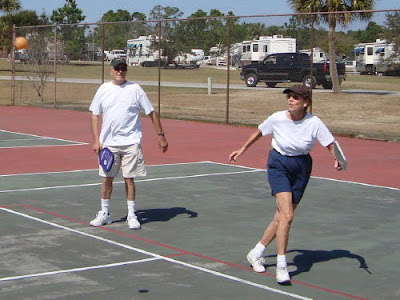 Harry came up with a new shot!! Joseph is amazed!! 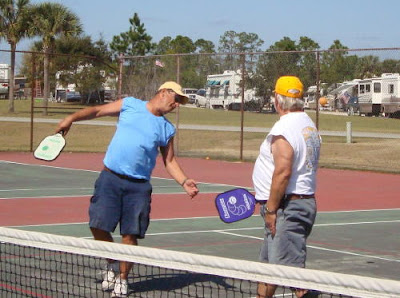 How's that follow-through! No wonder his serve is so awesome!! 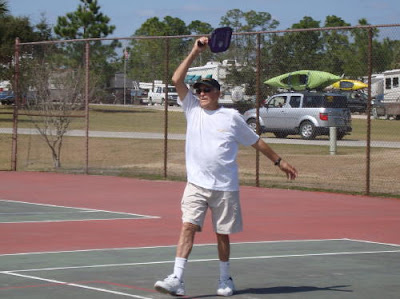 Bob (Silly Willy the Clown) and I have fun just "clowning around"!! 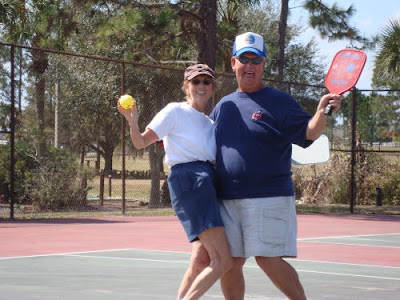 Karen and Harry. It was great being back on the court with them again!! 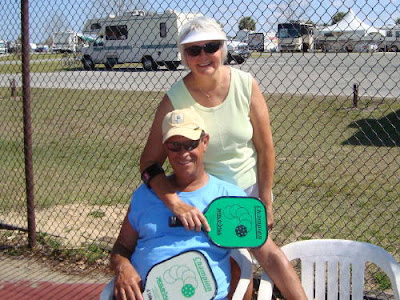 Joseph and his partner ready for the next shot! 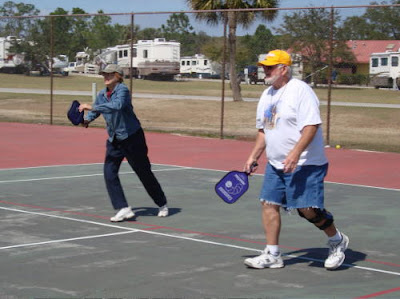 Bob is always such a nut!! 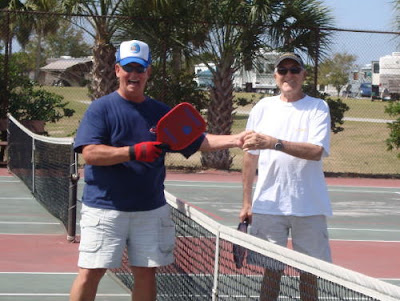 I have a pretty good follow-through myself! 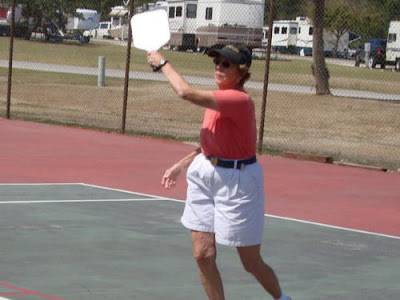 Friends of Harry and Karen wanted to learn to play Pickleball. Here they are at their first lesson.
Harry and Grant waiting for the return from the girls! 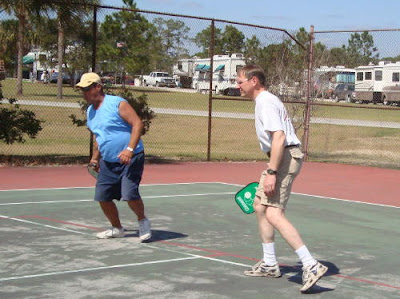 Karen and Carol are definitely ready for the next shot! 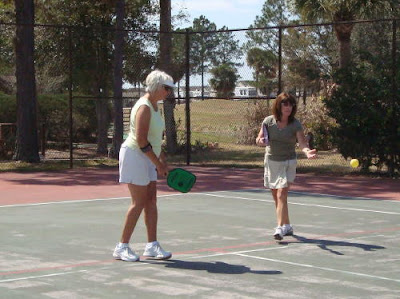 Hope they are still friends when the lesson is over. 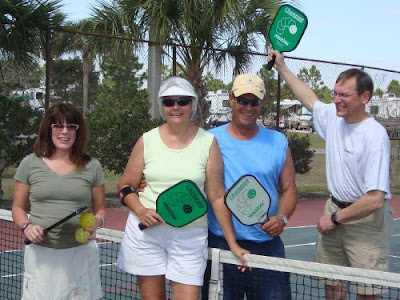 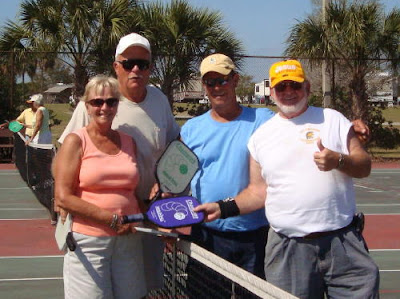 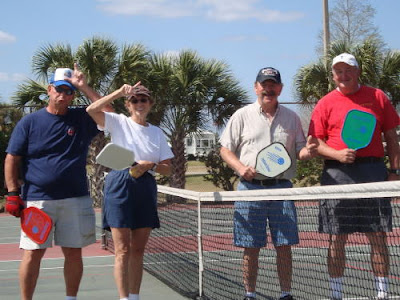 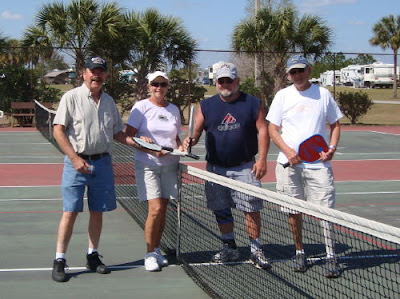 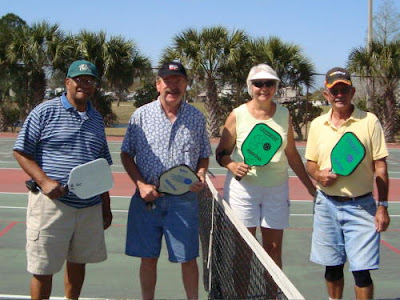 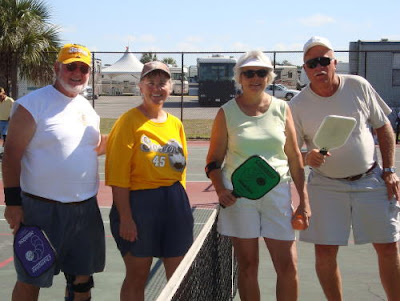 Glad to see you two are back playing again. Hmmm...guess I better go practise some more now....

We are so tickled to see the BOTH OF YOU playing again!! Just don't over do it o.k.? :)