May 31 – While we were in Richmond for our “week out” from TT Chesapeake Bay, I discovered the Annual Greek Festival was being held in town. Even though Ken could not go, I called all of our hometown friends to see if anyone was going so I could join them. No one was going this year!!

A day later, our friends, Lois and Gene, called to say she had a great recipe for a Greek dish and invited us to their home for our own private Greek Festival!! We were also joined by friends Karen and Dennis. (The six of us have been friends for YEARS!!). It was great seeing them all again and having delicious Green Moussaka. Thanks, Lois and Gene.
Faye, Lois and Karen 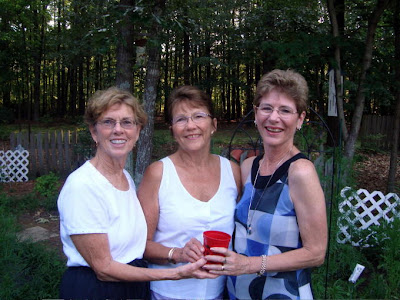 Moussaka, made of eggplant, potatoes, eggs and who knows what else. UMMMMMMM!! 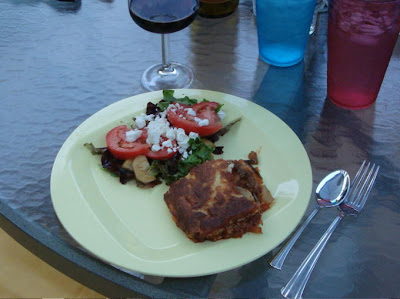 Incidentally, Lois is the friend to whom we gave a Purple Shamrock many years ago; and she, in return, gave us starter plants for Ken to give his daughters in Florida. Ken took a tiny bulb from one of those starter plants and planted it for us. (See March article, “Follow the Purple Shamrock”). I thought now would be a good time to show how much our Shamrock has grown.

Shamrock as it was in March and late May. 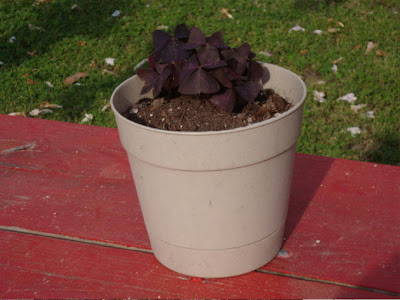 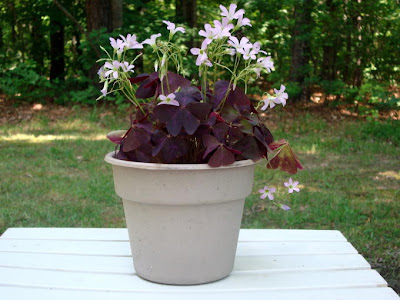