September 5 – Can you believe how thrilled we were to discover that the Labor Day weekend Pickleball Tournament at TT Chesapeake Bay was named for us this year – The Ken and Faye Ewbank Pickleball Tournament!!! Can you believe that!! We were unable to be there this year – we were out in La Conner, WA getting out butts beaten in the tournaments there!! Mike R. who ran the Chesapeake Bay tournament had asked us before we left if we would mind if they named the tournament after us, but we never believed it would actually happen. Thank you guys. That was such an honor!!

Here are the participants taken from the Thousand Trails Chesapeake Bay Preserve Friends Facebook site.. We know most of the players, but there were several we have never met. Hope to do so sometime in the future. 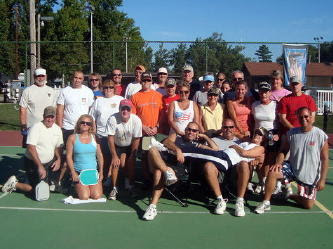 Here some real live action from Son, Mike -- a "chip off the old block"!! 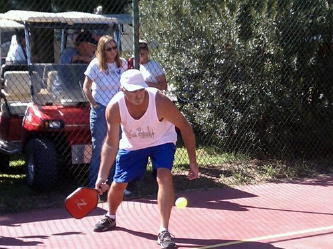 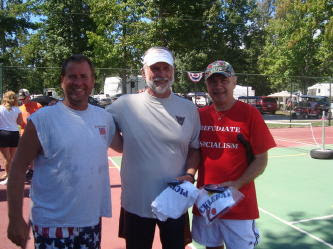 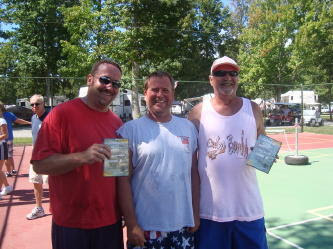 Winners A Bracket - Fran and David. 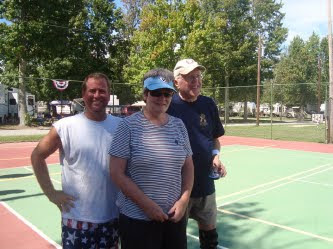 Runners Up A Bracket - Jack and Diane. 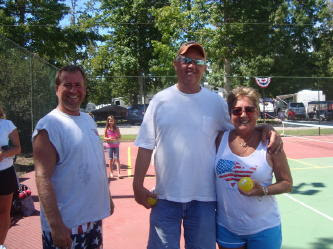 Winners B Bracket - Jack and Bob. 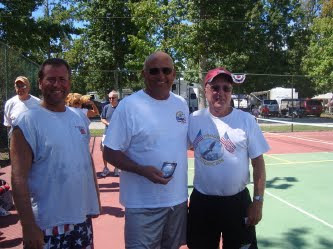 Runners Up B Bracket - Debbie and Mike R. 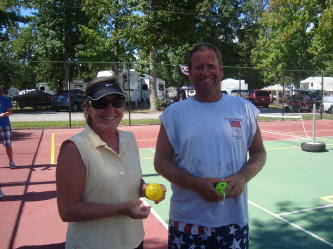 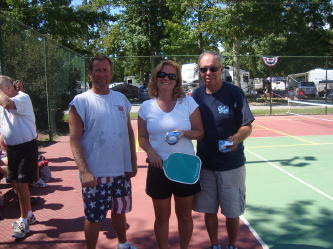 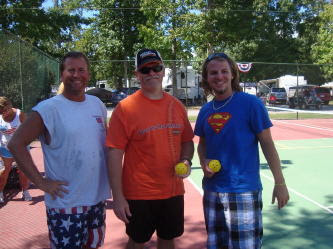 Congratulations to the Winners and to all of the participants!!

I sent our friend John a congratulatory e-mail on his winning the Championship. We received the following response. It made us laugh so we wanted to share it with you!! (Hope you don’t mind, John.).

Thanks!!! It was a great time and now I will have a very nice medal that says "Ken and Faye Ewbank Champion" on it for the rest of my life!! Mike Roberts and his wife did a great job and the tournament went very, very well.
Posted by Highway Runner at 10:00 PM

Wow!!!! What an honor you two!!! Congratulations.