Feb 03 – The very first people we saw when we arrived at the 2011 Palm Desert Senior Games were Linda and Spike!! As I walked by, I heard someone say “Faye?” I turned and saw it was Linda and Spike!! They had tables set up to sell Spike’s paddles, tee shirts, etc. What a thrill to see them!

So, all of you players who bought Spike’s Paddles from us – there really is a Spike!! And Linda. And they are our friends!! 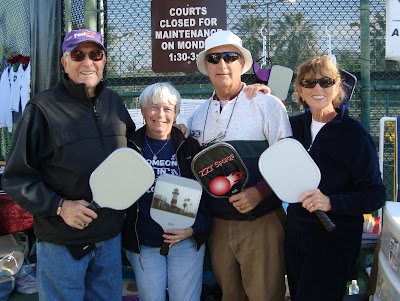 I noticed he had some new paddles. These had ZZT Sports on them with a flaming ball! Looks really wild!! I asked about the significance of ZZT. Linda asked, “What is the first thing you say when you begin a game of Pickleball?” “Uhh, Zero, Zero, Two??” There you go – ZZT!! 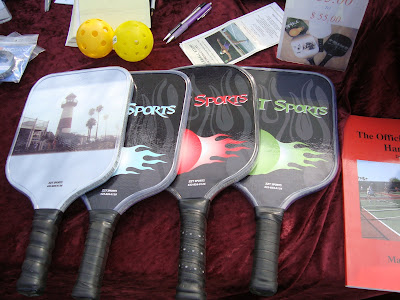 They were also selling Pickleball Paddle Clocks. They were pretty neat! 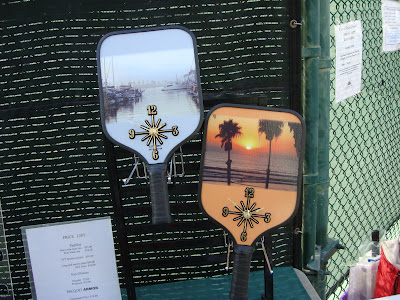 Before we left Spike and Linda, Gordon and Jeannette had come up to buy a couple of Spike’s Paddles!! 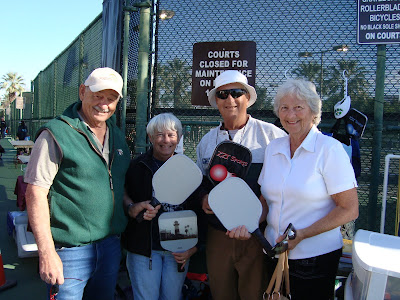 Anyone interested in getting some ZZT Sports paddles, you can reach Spike at: www.spike002.com. Guaranteed to improve your game!!