LOTS OF PICKLEBALL AT TT ORLANDO!!

The group of Pickleball players has been getting together every morning for a few good games!!  Here is some of the action!! 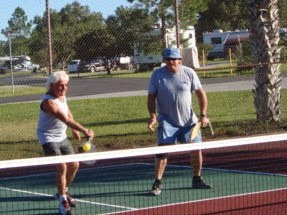 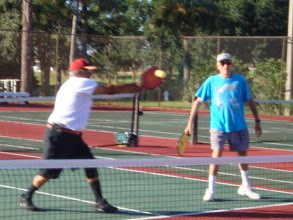 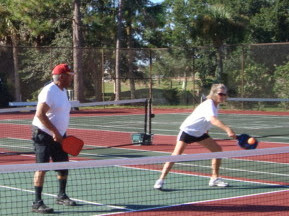 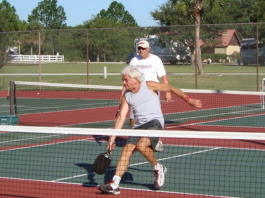 Frank and Pat reaching for a high ball 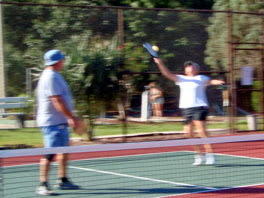 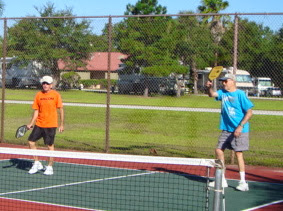 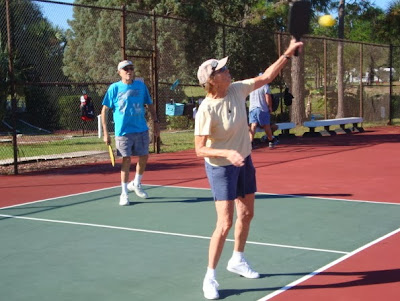 Ken, Faye, Pat and Mitch after their game! 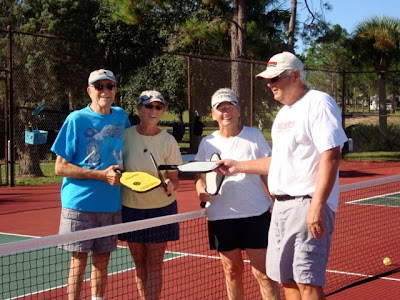 John was feeling artistic and created this sculpture!!!  I decided to use John's creation to separate the action that took place on a different day. 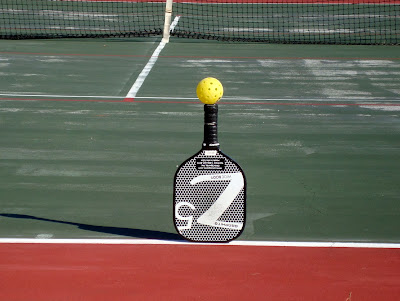 We had three new players today.  I will point them out as I come to them. 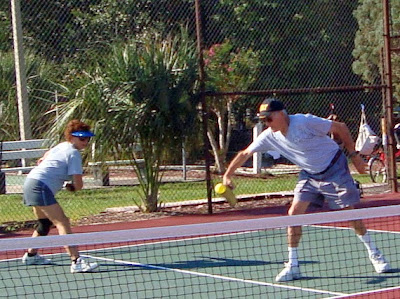 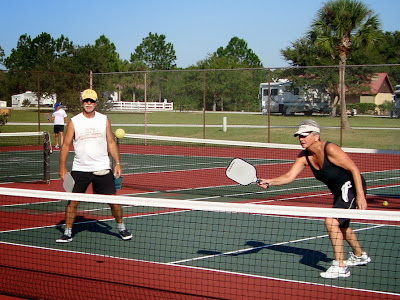 Barb and Rick and Alex and Pat 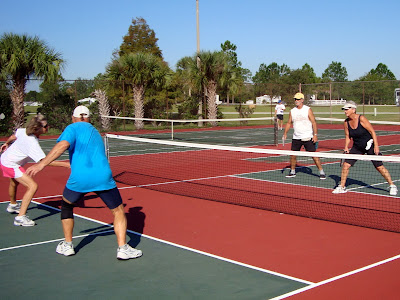 Barb shows new player Terry some of her winning moves. 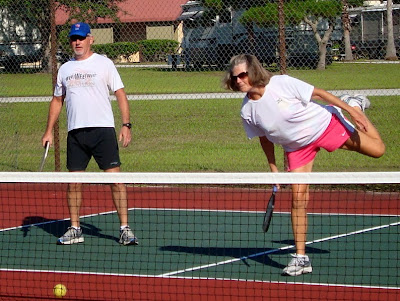 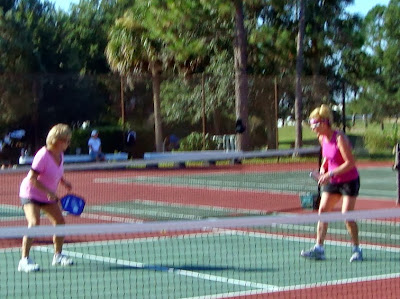 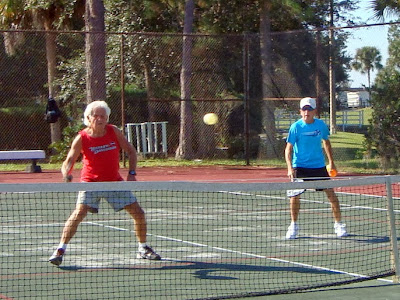 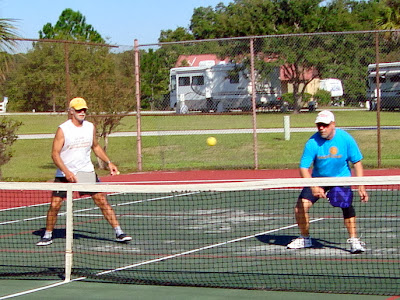 Phil and John, Alex and Rick during match play 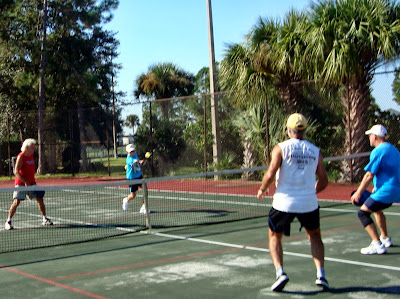 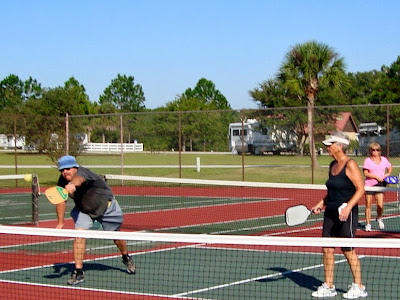