Mon, Dec 01 - We are back at TT Peace River and guess who we ran into!!  Marie and Keith R.!!  We have not seen them for years and it was so good to see them again!!

Here we are at the Pickleball courts on Monday morning.  Marie and Ken and I did not play today because of physical issues but we enjoyed watching Keith play with the other players who were there. 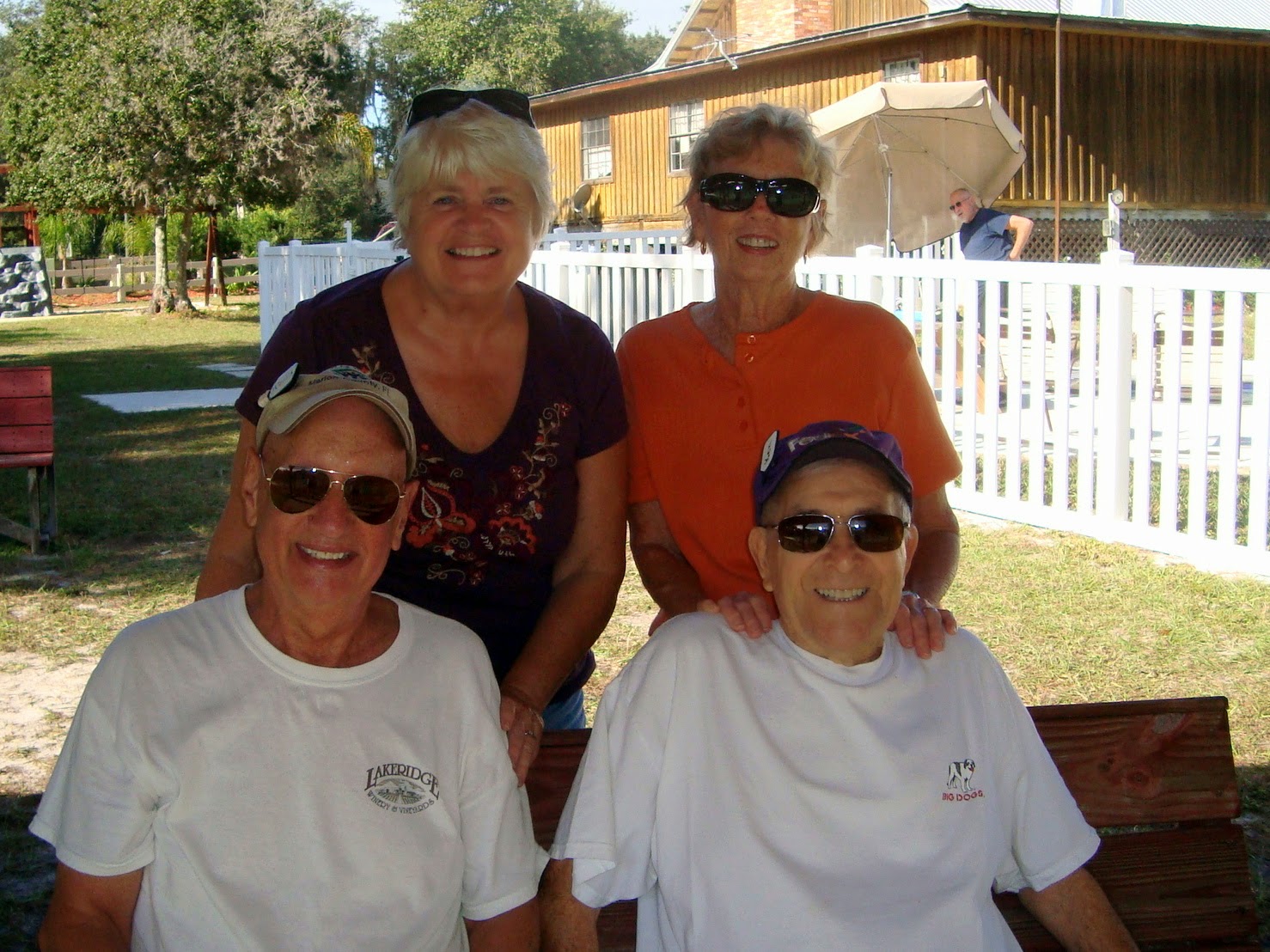 What!!  All of these playerswere at the courts and they never ran into each other!!!  So - I walked around the campground and arranged for all of the players to be at the courts Monday morning at 9 AM!!  And so here they all are!!  We had a great group! 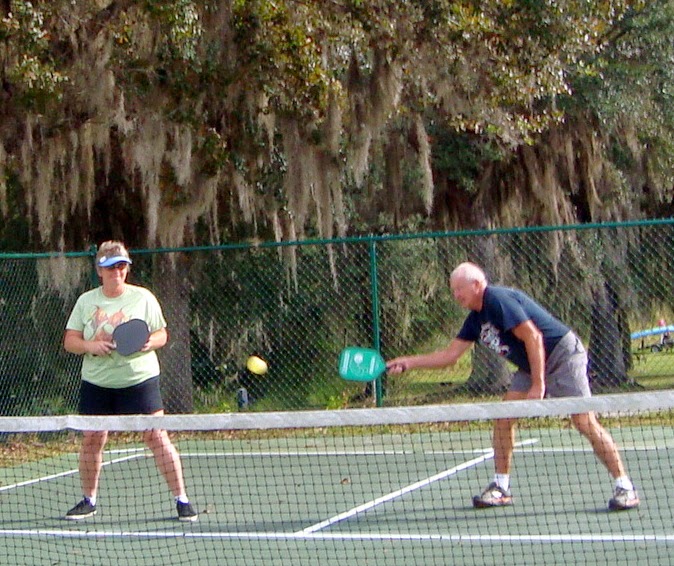 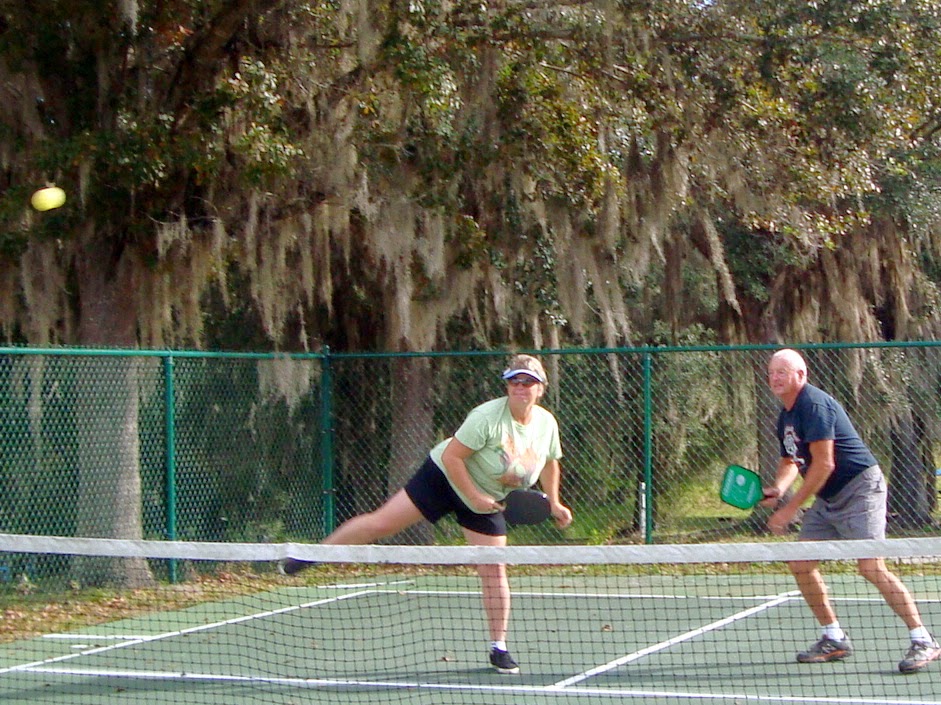 Against Tracy and Art. 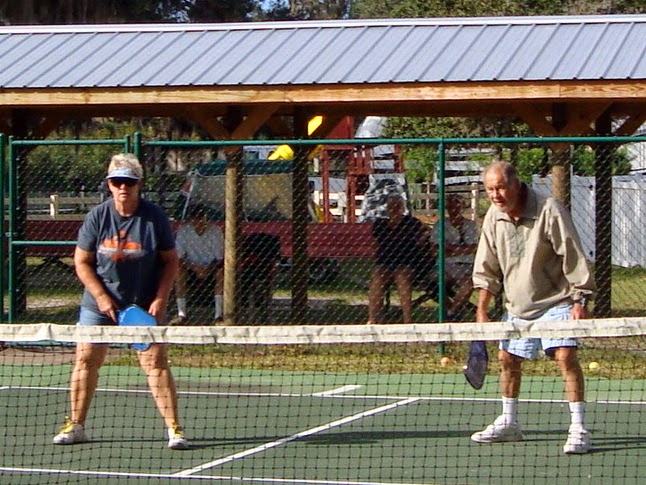 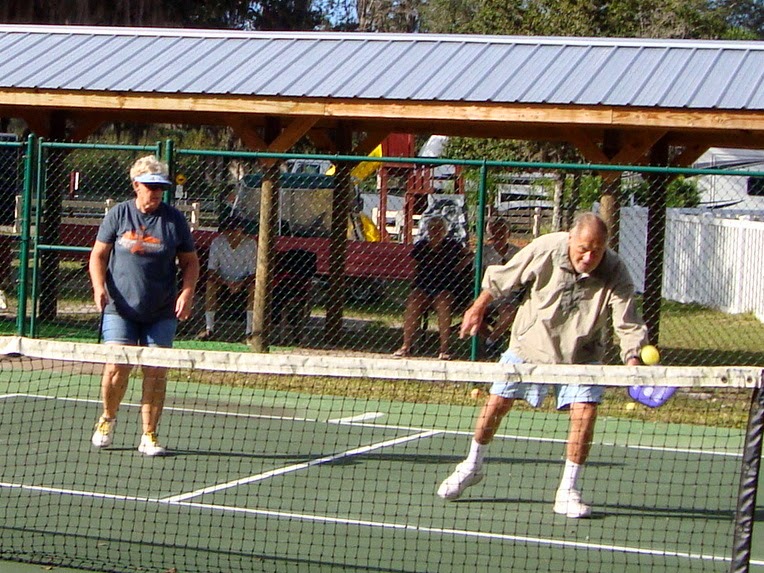 On the other court, Hedy and Jim took on Wade and Tom. 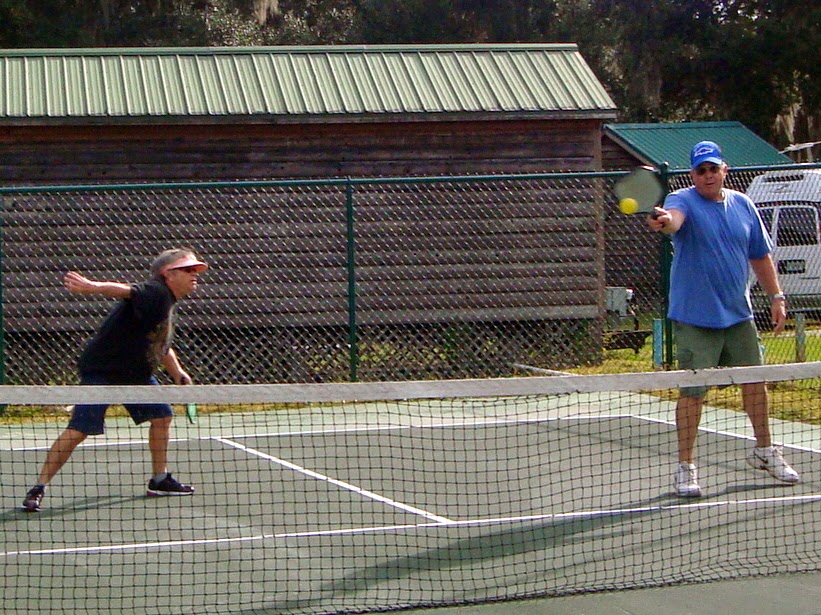 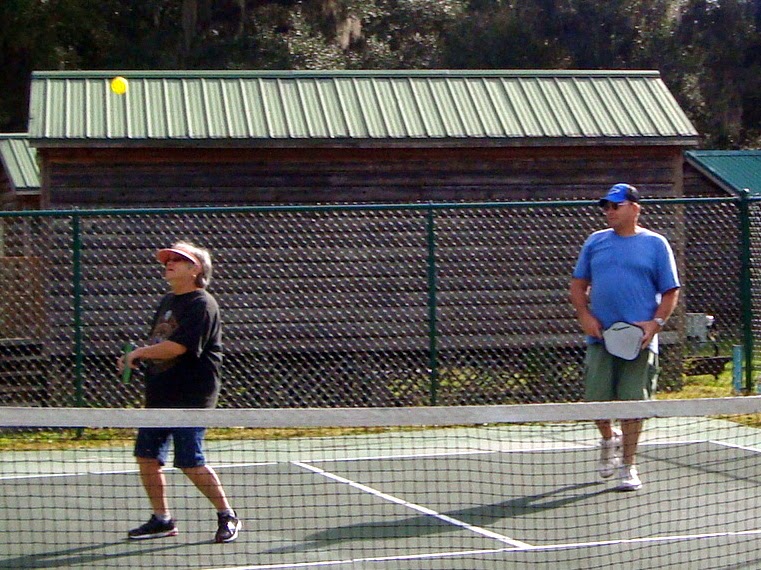 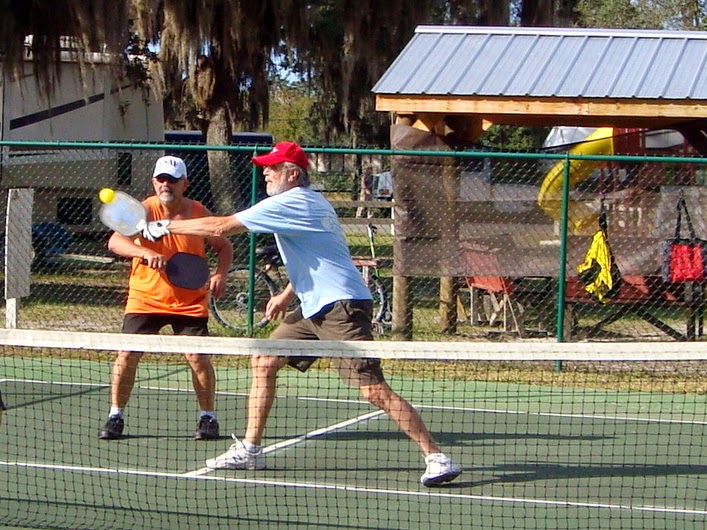 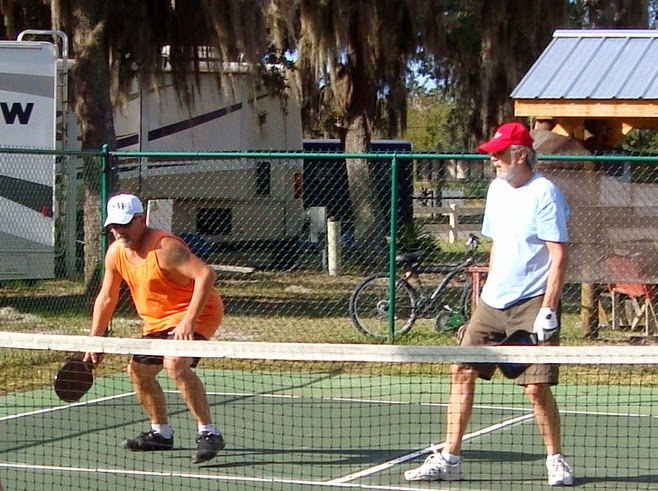 And later Keith and Keith teamed up together! 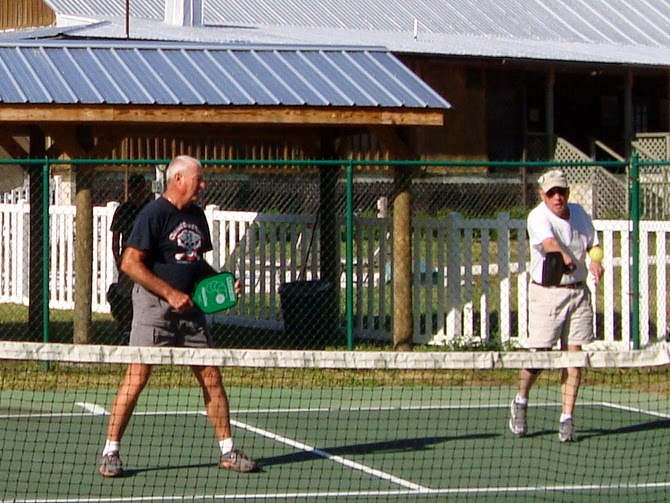 Funny thing about candid shots.  You never know where the ball might show up!!  This time it looks like Keith has it in his mouth!!! 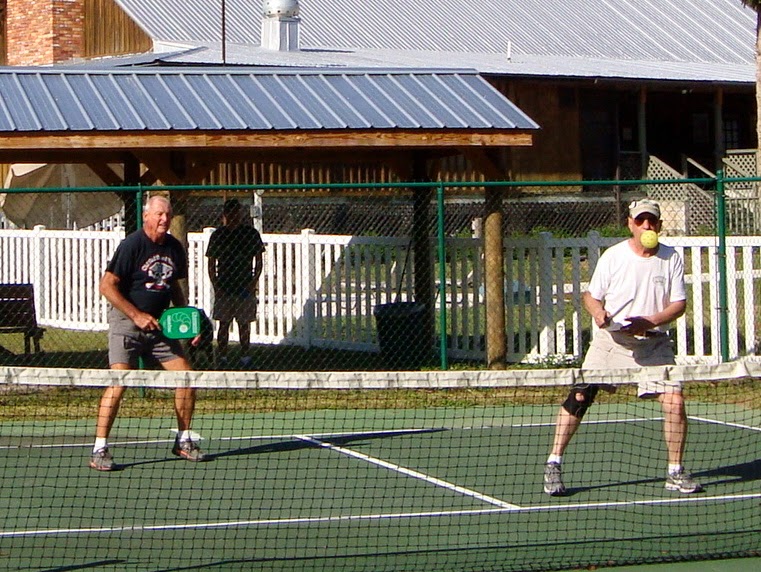 A great morning of Pickleball at TT Peace River!!

Posted by Highway Runner at 4:17 PM