Thur, Dec 04 - Early this week Tiffany and I were talking about the Pickleball happy hours we enjoyed when we were out west.  Have not had a happy hour for a long time since we have been back east.  So guess what??!!  Let's have a Pickleball Happy Hour!!!

Ken and I have a large site, shaded in the afternoon.  So invited all of the Picklebaiall players to join us on Thursday afternoon for Happy Hour.  Everyone bring chairs,beverage of choice, and a snack to share.  We had a great turn out and a great time!!

This is Tiffany and Wade.  Love their drinks!!!

Buddy and Dianne recently bought a park model at Lazy Acres about a mile from TT Peace River.  They drove over to join us.  I was disappointed that Buddy did not bring his guitar, but found out later that Wade also plays guitar.  So, he will be joining Buddy and Dianne at some of their jam sessions.  Neat! 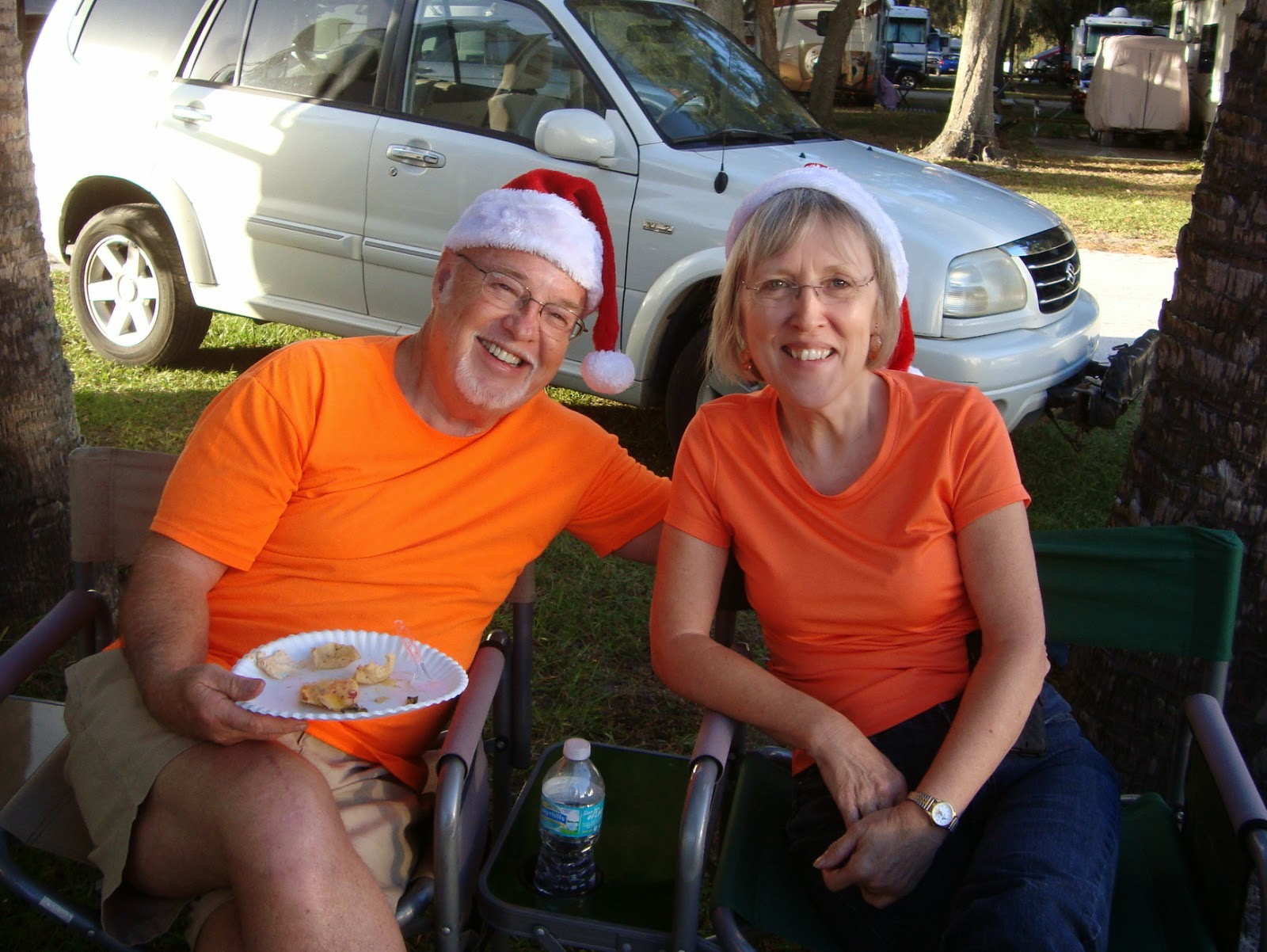 Tracy and Jim.  They are the ones who made our first Pickleball paddle name pins!! 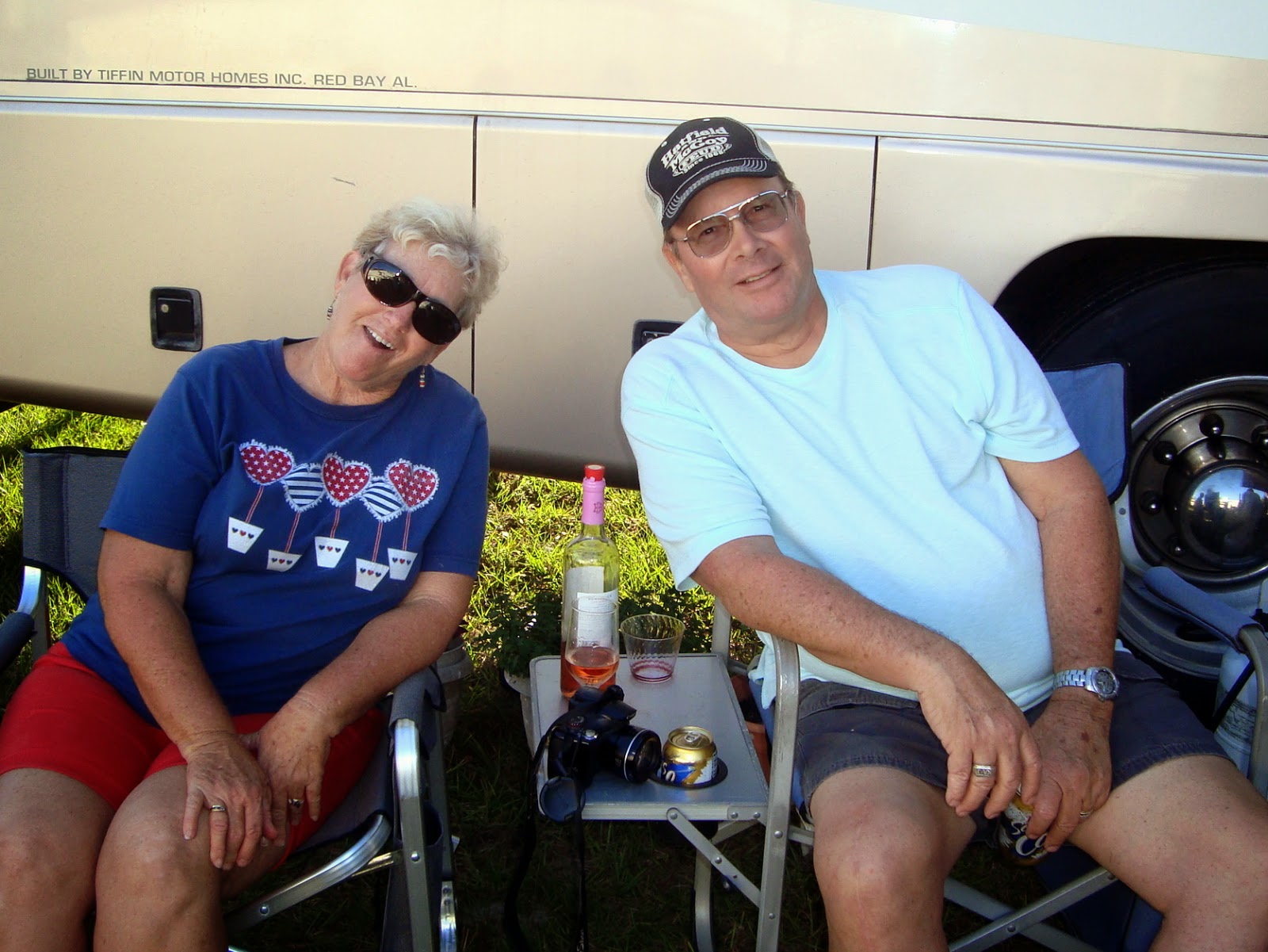 Rocky and Tamarra.  She said they had just started playing Pickleball last Friday at Orlando.  Tiffany and Wade taught them.  Love the game! 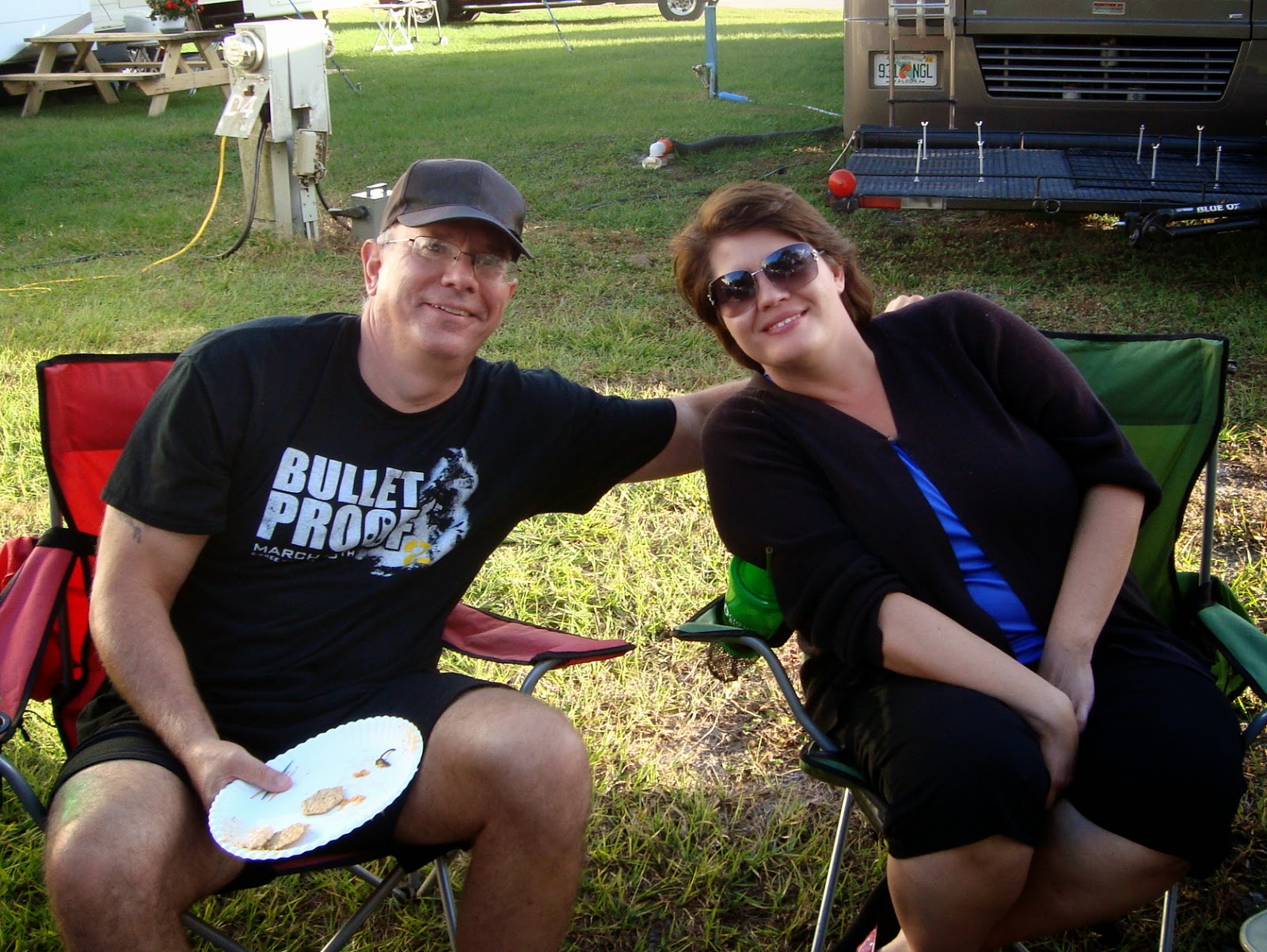 Tom and Marge.  They bought a house over in Sebring last season but Tom rides his "bike" over frequently to play.  Great to have them join us this afternoon. 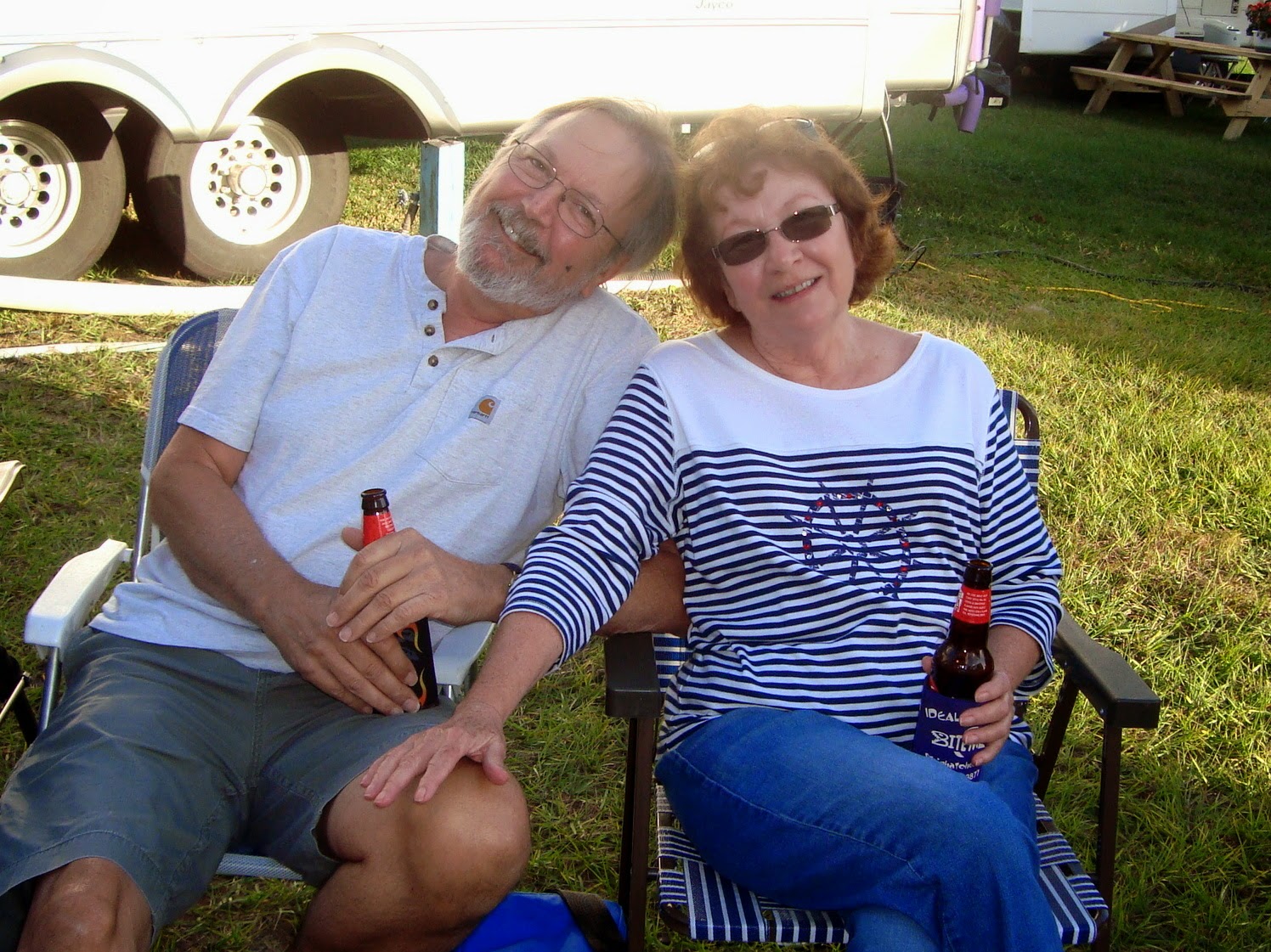 Sally and Stan our long-time friends.  They own a site in Torrey Oaks about 5 miles away.  We went bowling with them and th eTorrey Oaks group on Tuesday and always love having them join us.  Especially when Sally brings her home made wine! 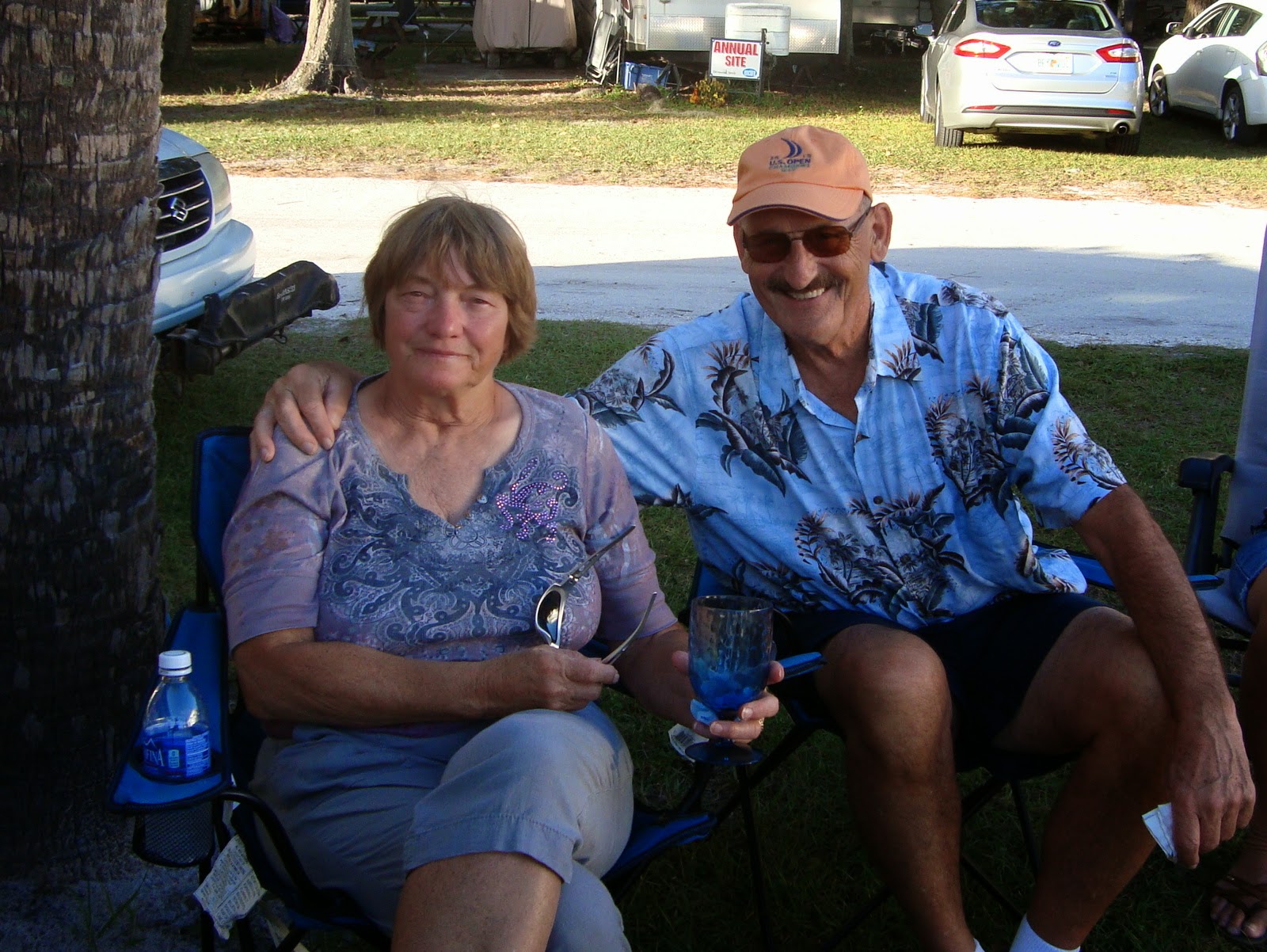 Pat and Keith.  She said she still has the little Heinz pickle pins we gave them years ago at a "pickling ceremony."  It was fun to get to know them better. 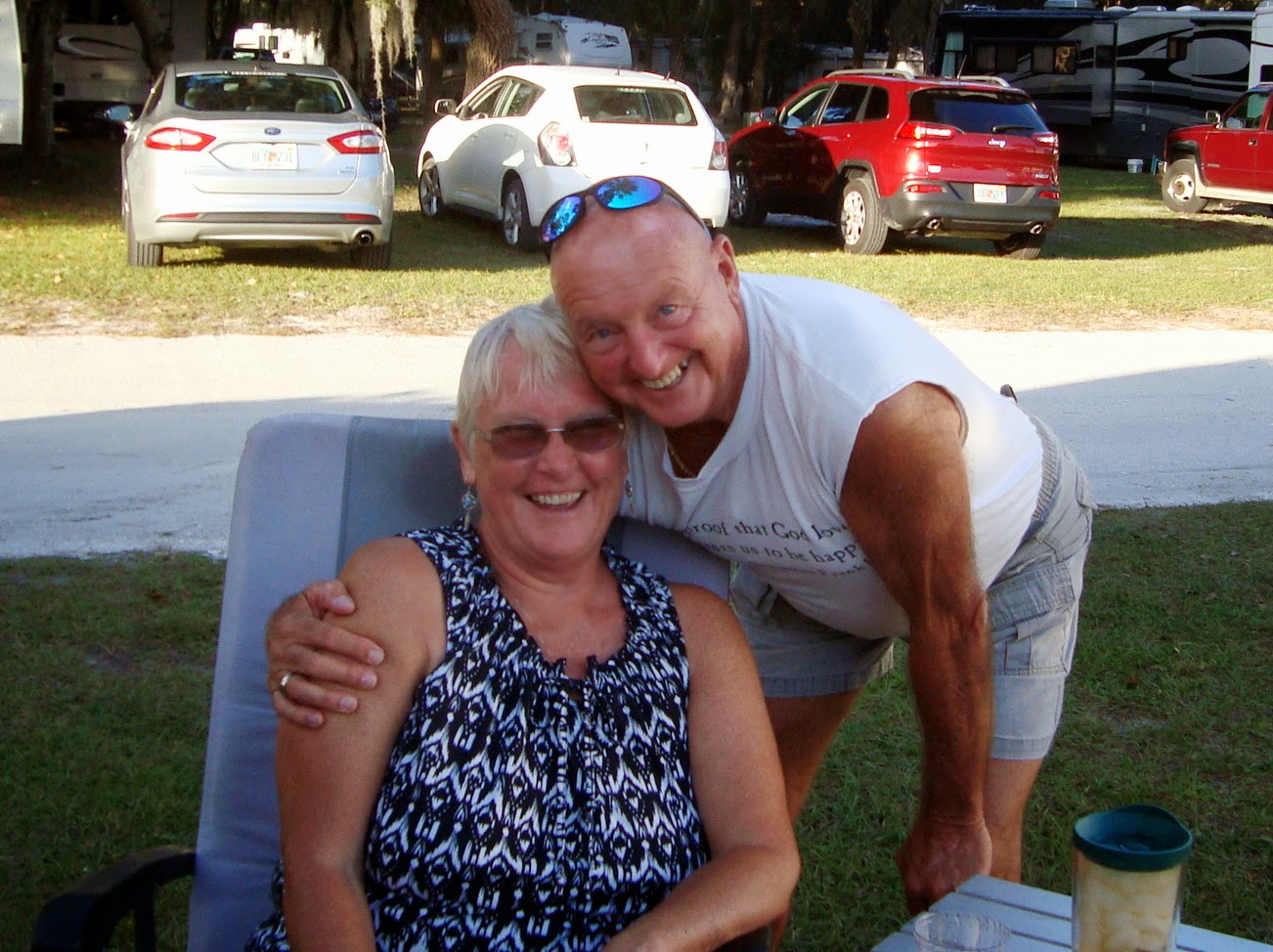 Marie and Keith.  So good to see them again this season.  Had not seen them for years until now. 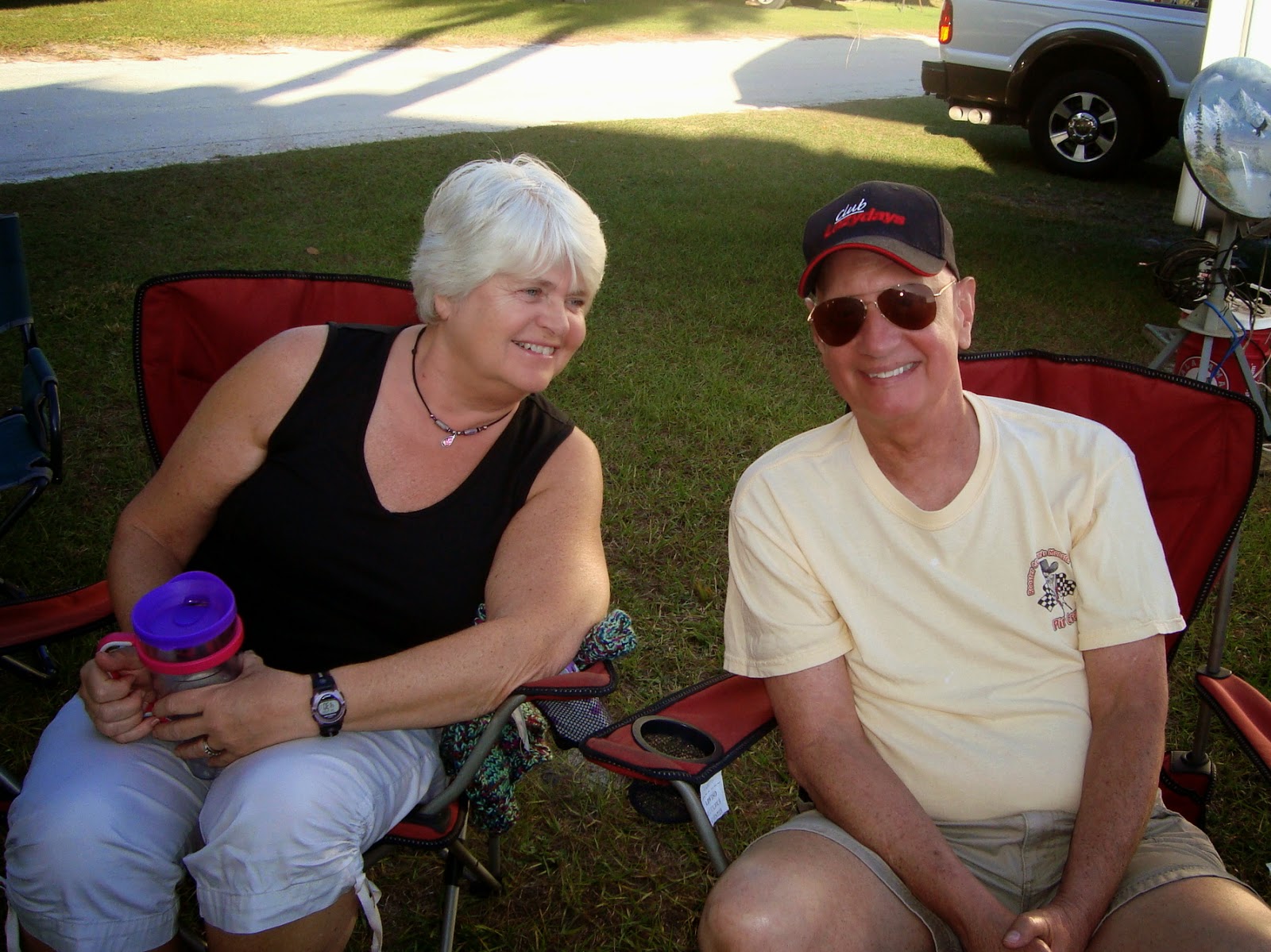 Lance and Bonnie and Grandson.  Bonnie reminded me that they had played in the Ken and Faye Ewbank Pickleball Tournament at TT Chesapeake Bay on Labor Day weekend.  Lance said they did well until them came up against a couple of women who hit the ball too softly! 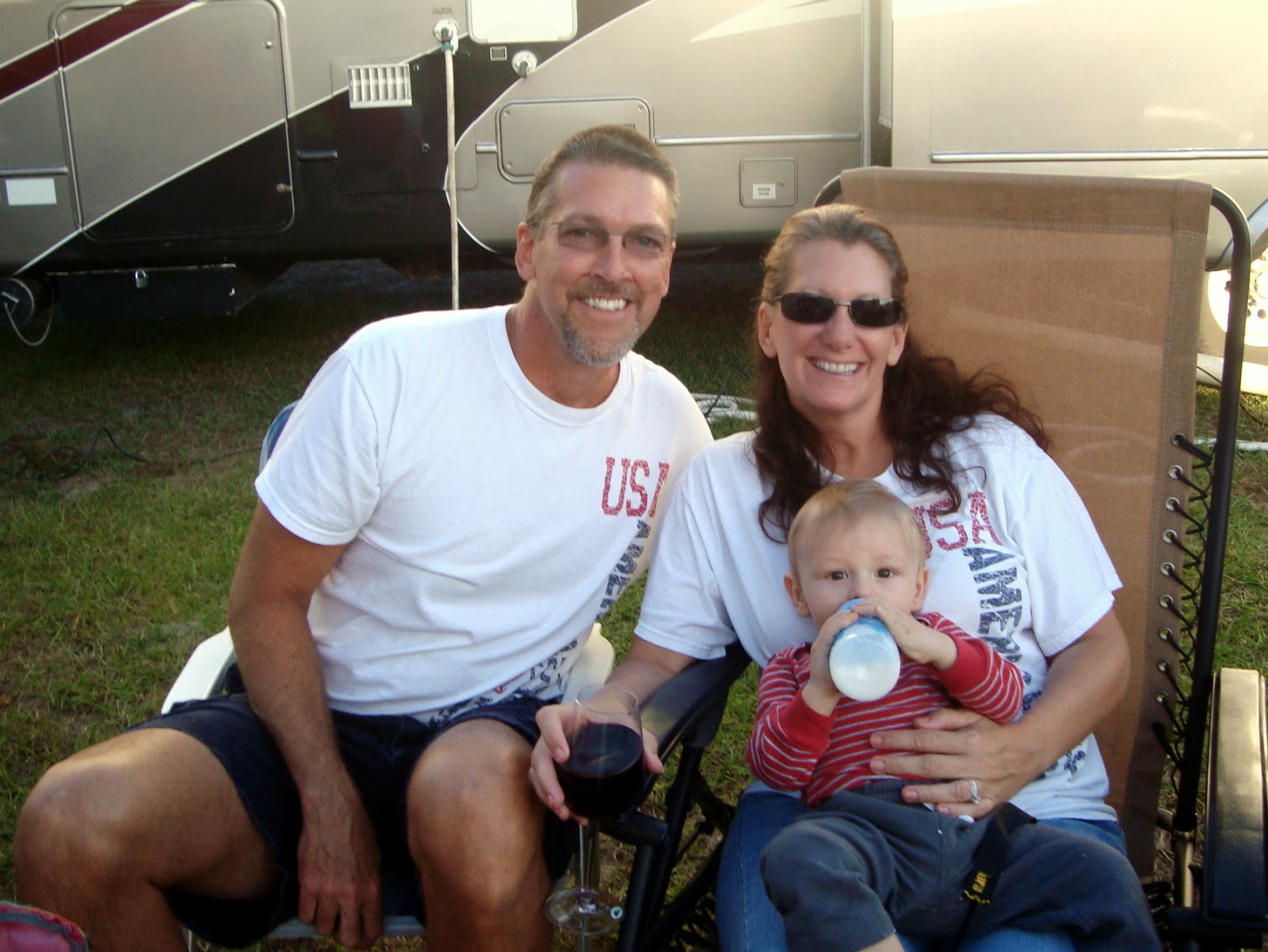 Jen and Dan.  Said he is new to Pickleball.  Lance and Bonnie introduced him and their young son to the game.  Love to play!!! 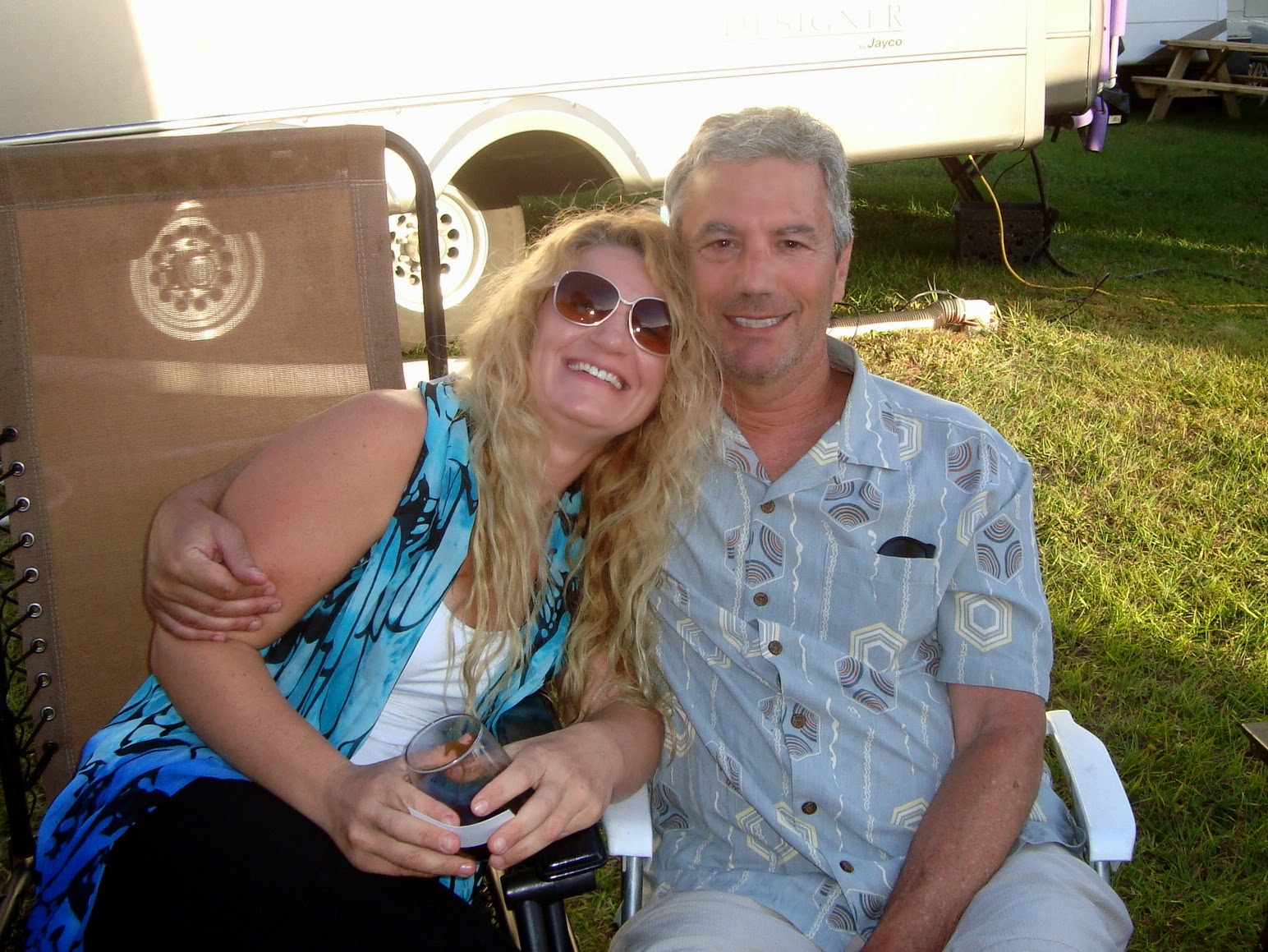 Chuck and Dee.  Chuck works at TT Peace River but it happened he is scheduled off on Thursday afternoon and weekends.  Dee is a character!  Always having a good time. 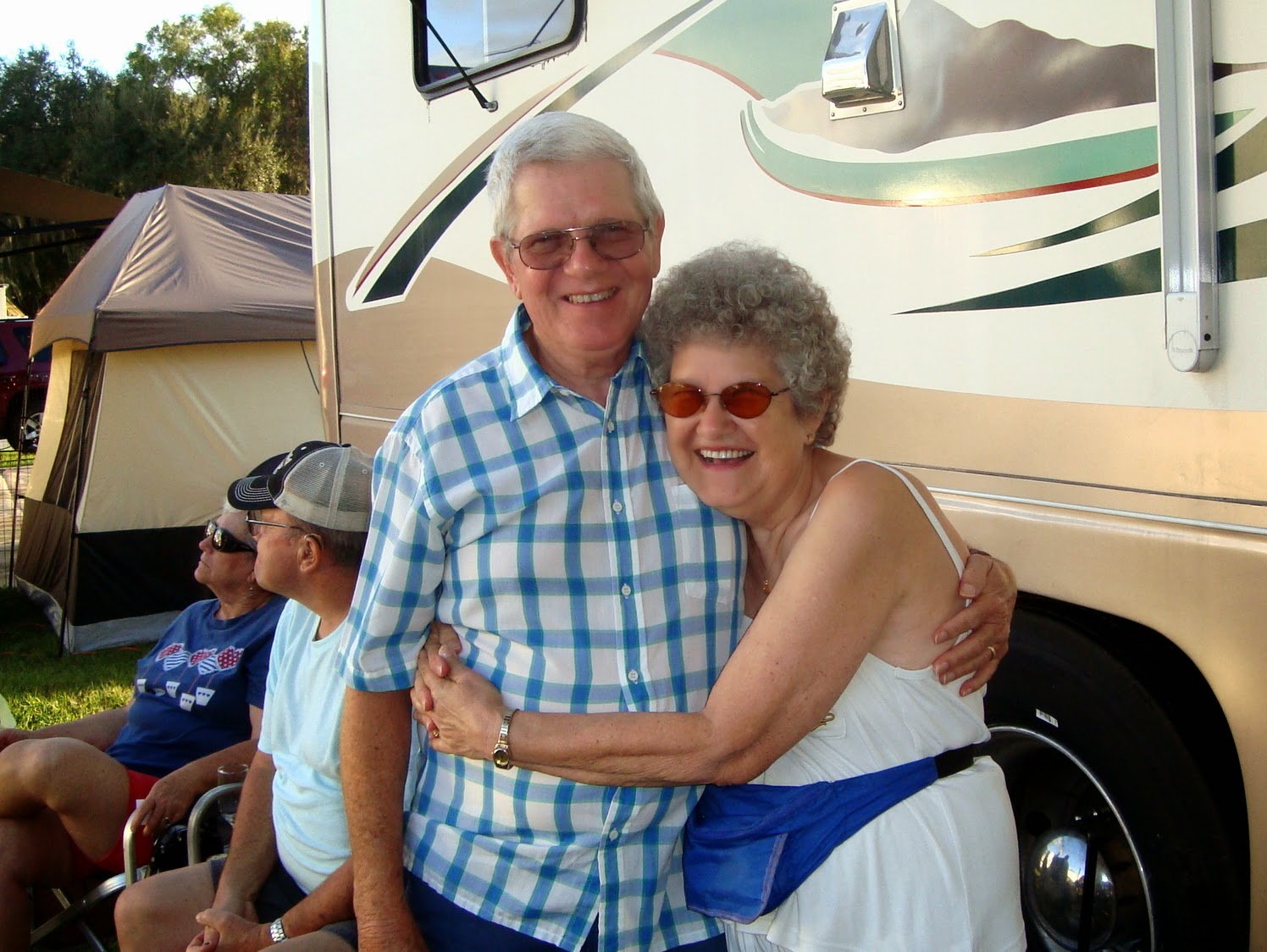 Host and hostess, Ken and Faye.  Didn't have to do much.  Just extend the invite and the players did the rest!!  Great fun!! 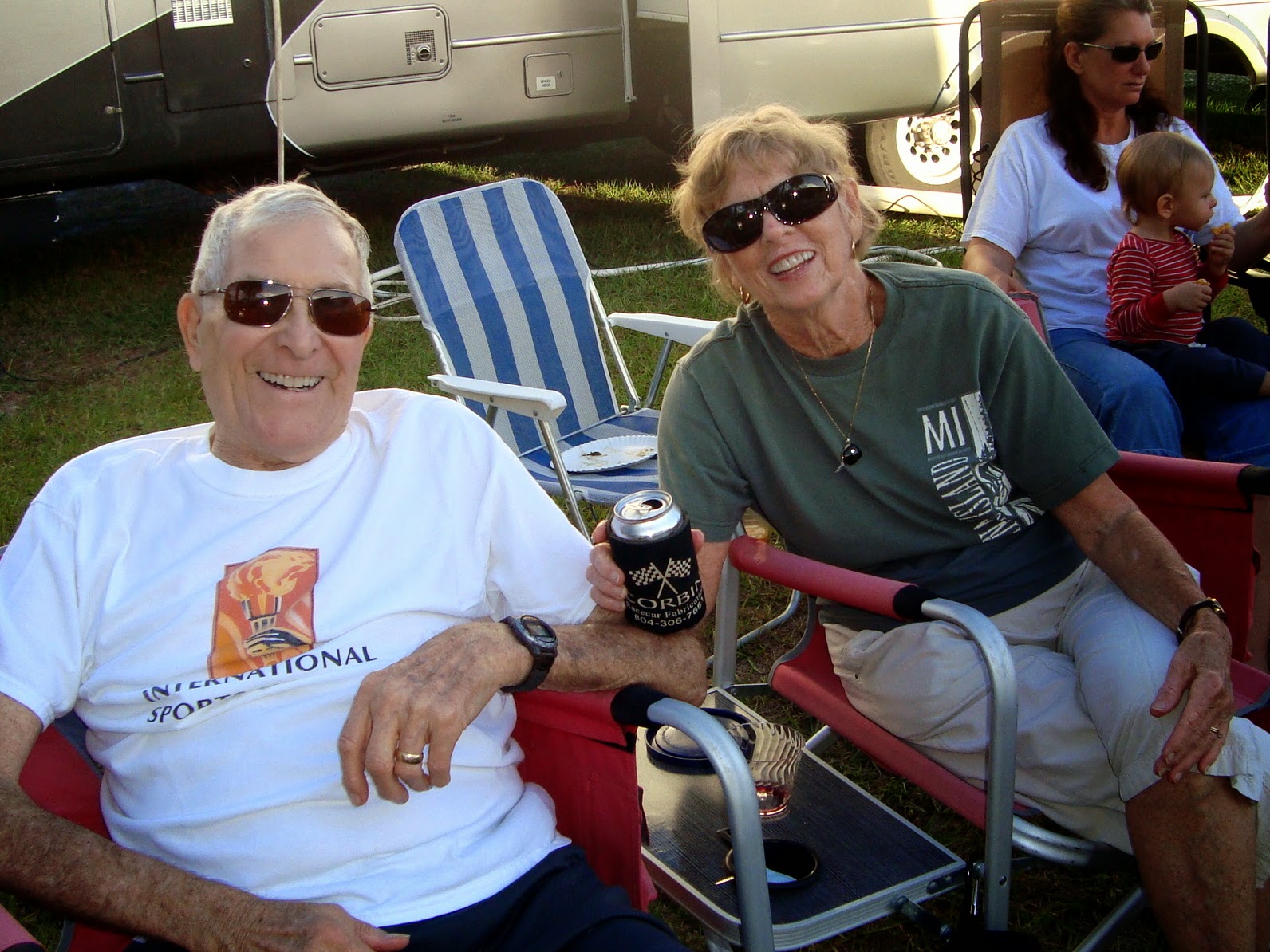 Posted by Highway Runner at 4:27 PM