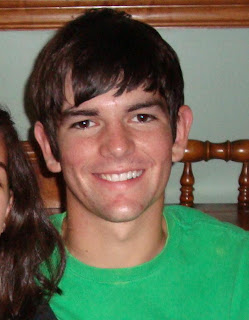 I, Faye-with-an-e, must have a latent smart gene buried somewhere deep within! Who knew?? This smart gene recently manifested itself through my grandson, Michael, who was nominated by not one, but three, [OOPS. His mother reminded me, it was not three, but four!] of his high school teachers in three different subjects as a candidate to attend the 2009 North Carolina Governor’s School -- A school for the best and brightest upcoming high school seniors in the state!! The nomination is only the first step. The actual Selection Process involves essays, interviews, etc. Nominees must pass each step of the Selection Process before actually being accepted to attend the school. While the Selection Process has not been completed, Michael is still in the running!! We are SO PROUD!! 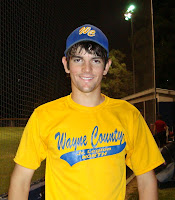 Michael is a terrific, well-rounded young man. He maintains an excellent points average and is among the top students in his class. He is a star player on both his high school and local league baseball teams, with aspirations of becoming an Atlanta Brave! Not only that -- this past summer, he won a Guitar Hero competition in his home town, Goldsboro, NC. Way to go!!

LOVE YOU, MICHAEL.
[Michael's mom said his dad always thought the smart genes came from him. Silly man!!!]
Posted by Highway Runner at 12:33 AM

Oh my word girl!!! You have reason to be proud!!! Congratulations to both Michael and the genes in your family ;)
~Betty and Joe