HAPPY HOUR AT STAN AND SALLY’S 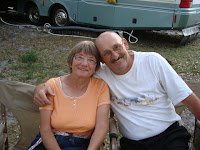 January 11 – This afternoon Sally and Stan hosted another Happy Hour for all of the Pickleball Players.
As usual, we had a large group and lots of goodies to munch on. We get together like this fairly often at different sites. It’s a lot of fun and easy to do. Someone decides it’s time for a Happy Hour and extends the invitation. Everyone brings their own drinks, chairs, and hors d'oeuvres to share with the group. Lots of FUN!!

On this occasion, we had something special. A couple Pickleball Players (Steve and Jessie) also play Dulcimers. They brought out their instruments and provided some music for our enjoyment. 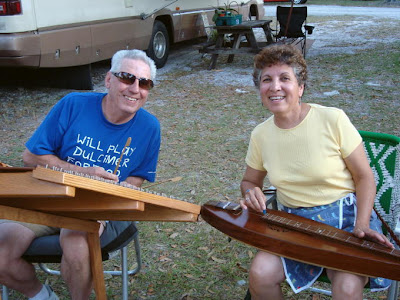 Then things really got CRAZY!!!
Jessie and Sally played the Spoons!!! 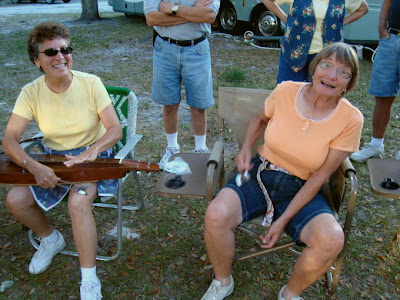 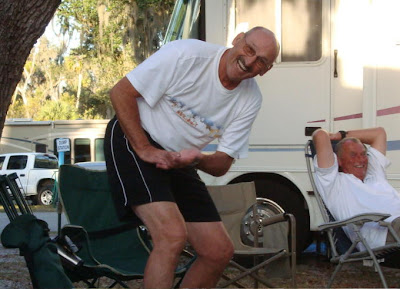 The rest of us just enjoyed the fun!!!
Ken and me. 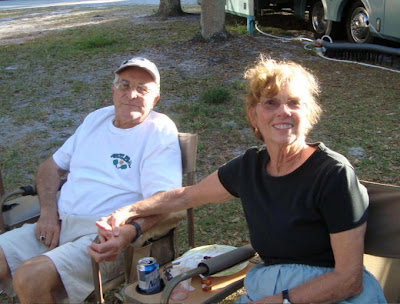 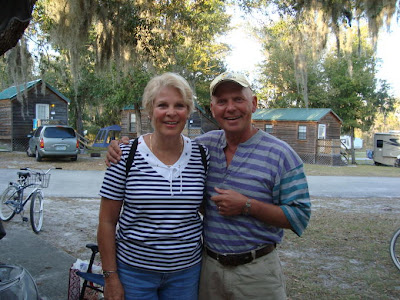 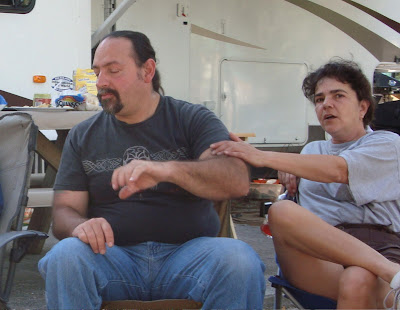 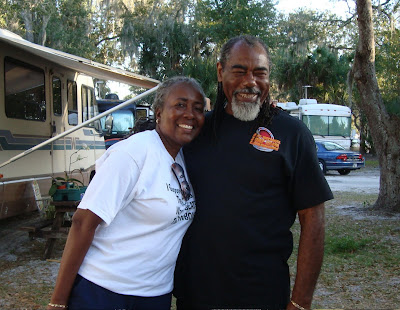 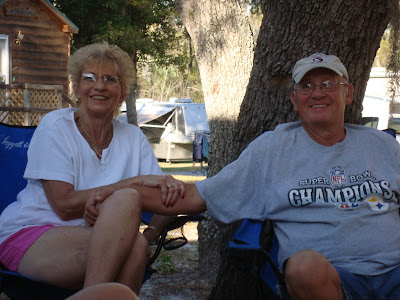 Renate. Heinz was helping a neighbor and could not be here. 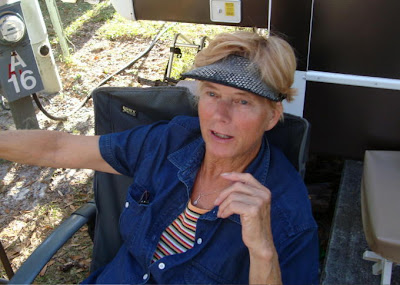 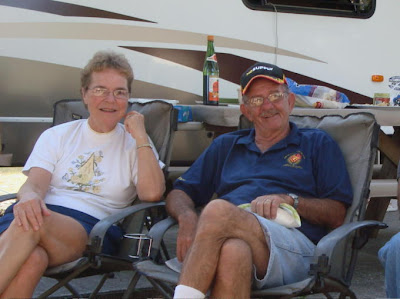 Dawn and Carl brought over their photo albums that had pictures of numerous Pickleball Players from all of the Thousand Trails parks where they had played. It was more fun sitting around and comparing notes on all the players that each of us had also met!!! Norm and Marti, Spike and Linda, Wayne and Nancy, Del and Jerry, Carolyn and John, Guenter and Ute, Marion and Tom, just to mention a few. Many of us at the happy hour also had our mugs in the albums! What fun!!
Faye's Cream Puffs for Jane - I knew Jane really liked my Cream Puffs that I had taken to an earlier get-together. I figured she would be at the Happy Hour at Stan and Sally’s, so I made Cream Puffs just for her (and everyone else, too). The recipe is really easy – you get it from the back of the Stella D’ora Anginetti cookies bag in the specialty cookie section of the grocery store. 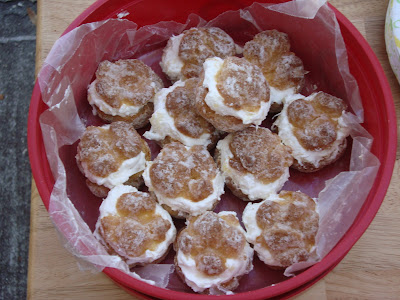 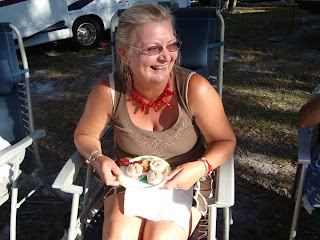 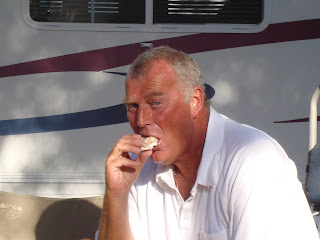 Thanks Everybody for a great time at the Happy Hour!!
Posted by Highway Runner at 10:29 PM

I want to be there! Say hi to Stan and Sally, Judy and Lee, Jane and Jim, and give Ken a hug for me. We miss you all and hope to see you in March or April!