THE SAGA OF THE SPLENDIDE WASHER DRYER

When we were at the Tiffin Motor Home Factory, Red Bay, AL in early November, we bought a new Splendide washer dryer from Tiffin to replace our old one that had given us many years of service, but was down to operating in only one cycle. The Service Department there removed the old machine and installed a new washer dryer.

Well, on February 3, when I turned on the new washer, ALL the lights on the control panel started blinking. There are five lights across the top and four down the side of the control panel, and they were ALL blinking. I called Splendide and explained the problem. I tried all the diagnostic tests they could suggest but to no avail. They had never heard of that happening before, and authorized repair by one of their service centers in the area. We were going to move to the TT Orlando campground in mid-February and set up an appointment with Camping Connection on February 19. They checked it out and determined we needed not one, but two new Circuit Boards which they replaced on March 1. 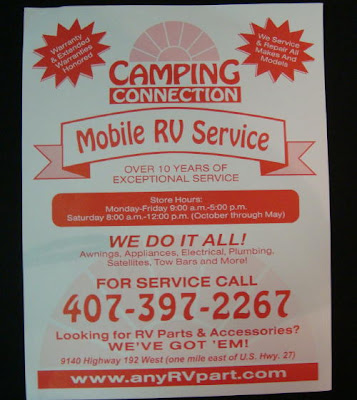 Everything seemed to be OK when they ran the machine through all the cycles, but that afternoon when I washed a load of clothes, there was no heat in the dryer!!

It was March 19 before we would be back at TT Orlando and arranged another appointment with Camping Connection. This time they determined the heater coil would have to be replaced. We were really upset!!

I called and left messages with everybody that this was a new washer dryer we bought in November and had only used it a few times, and now it has had two major problems!! It appeared to be a Lemon and we did not want to keep it. We wanted another machine!! Lad at Splendide said they understood our dilemma but they would repair it, but could not replace it.

Turner at Tiffin said, if Splendide will not replace it, Tiffin will change it out when we come to the factory again. I pointed out to him that we did not plan to go to the factory; could we possibly have it changed out at Lazy Days near Tamps?? As it happened, Tiffin has a representative at Lazy Days (J. Bush). We all worked together to make it happen!!

Tiffin shipped a new Splendide washer dryer to J. Bush, but Lazy Days could not work us into their work schedule, so Mr. Bush arranged for Longview RV about 4 miles up I-4 to handle the change out.

We checked out of TT Orlando on Thursday and drove west on I-4 to Dover, FL where we stayed overnight at Tampa East RV Resort so we would be in convenient to Longview RV. 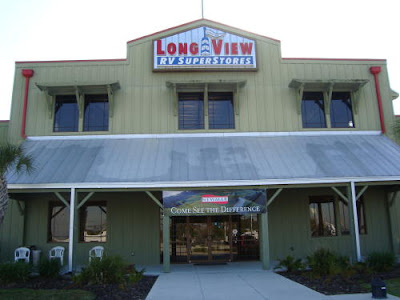 Early Friday morning, April 2, we went to Longview RV where they removed the old washer dryer, installed the new one, and ran it through its cycles. Everything seems to be working OK again – AT LAST!!


Doug with the Lemon he removed from our motor home. 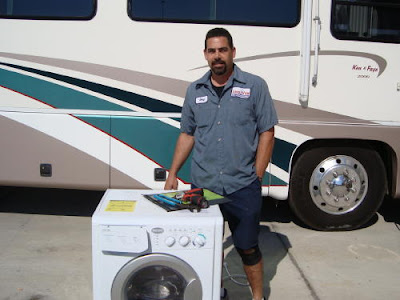 The new washer dryer in place!! 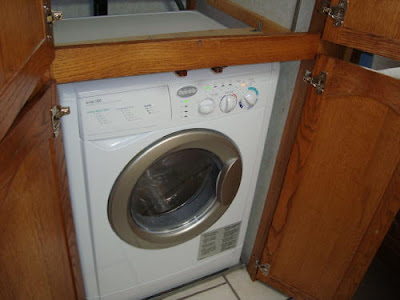 Posted by Highway Runner at 1:53 PM