NIKI COMES TO VISIT US AT RANCHO OSO

Niki drove up to visit with us on Sunday. We showed her around the preserve, especially the horses. 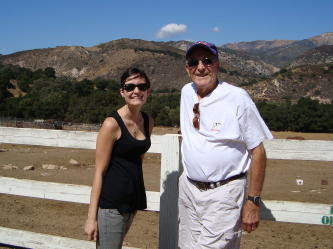 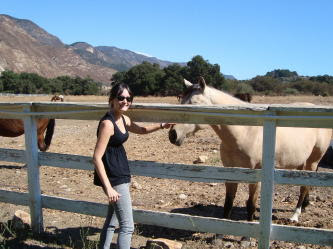 After a late lunch, we decided to drive into Santa Barbara and take a Sun Set Cruise on the Double Dolphin, a 50-foot catamaran. 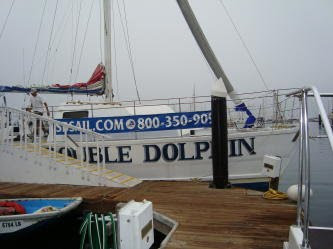 It was a beautiful day up in the mountains, but as we approached Santa Barbara, the fog rolled in and ultimately our Cruise was cancelled. 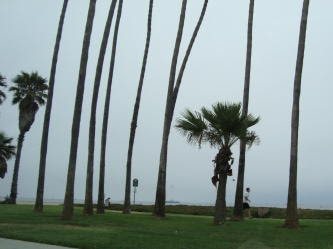 We were not ready to eat again so we took a scenic drive up to the Santa Barbara Mission that Niki had not seen. 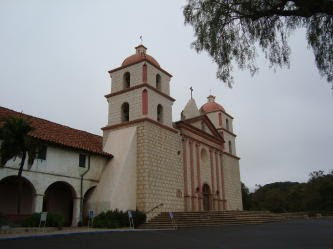 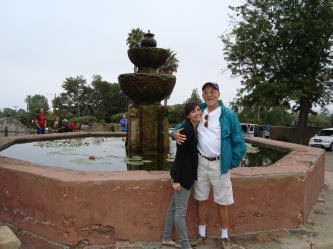 I took a picture of this bell at the Mission because we had seen this type bell all along Hwy 101 as we headed south. I think the bells designated historic sites. 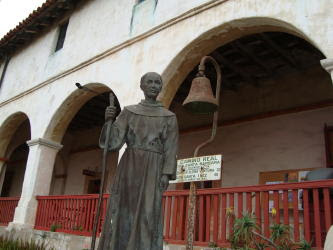 It was beginning to get late so we took Niki to her car, planning to get together again soon. It was great to see her!!

This was our drive back to Rancho Oso a little later. 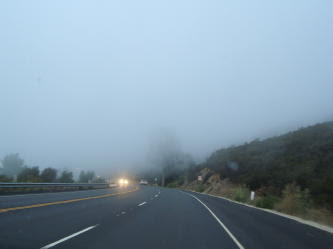 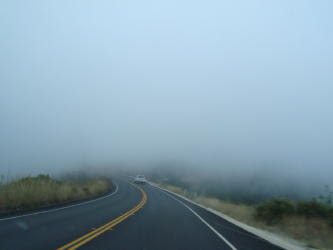 Posted by Highway Runner at 7:00 PM