CHRISTMAS WITH RICH AND FAMILY

Christmas Eve – We are staying for five nights at TT Pio Pico so we could spend time at Christmas with Ken’s son Rich and his family. Rich and his two boys live in Chula Vista with his girl friend Marlow and her two children. They seem to be a big happy family.

Marlow and Rich were preparing dinner when we arrived. 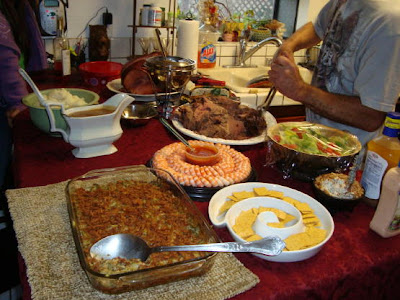 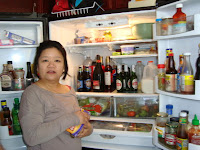 She was excited to show me her new refrigerator. Already it is covered with her mementoes from around the world. 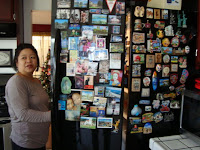 While we were waiting for dinner, we talked with Niki, Vickie and Steve by Skype! That was fun!
Here’s Niki. If you look closely you’ll see the old folks in the little square at the bottom of the screen!! 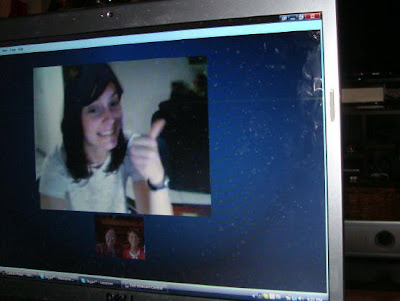 After dinner we exchanged Christmas gifts. 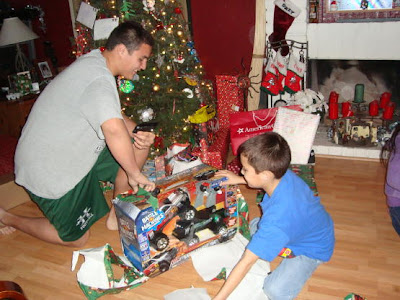 Emily is In A Pickle with her new game. 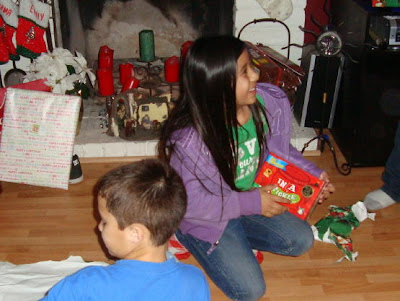 Anthony got a Battlefield game. 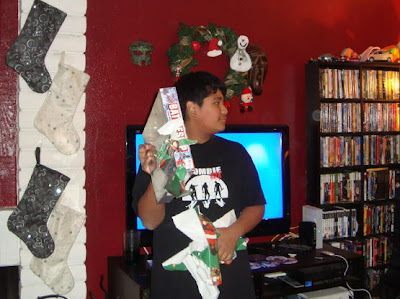 We gave Rich and Marlow an Atomic Clock because we rely on ours every day, especially to see what the outdoor temperature is in the mornings so we would know how to dress!!. 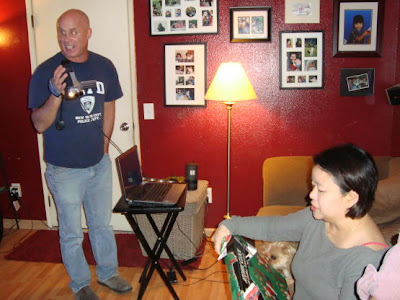 And we open our gift from Rich and Marlow – A Shredder! They had heard the stories of how Ken had overloaded one of our shredders and burned it up; and with a second shredder he found out that shredders really doesn't work in the rain!! Thanks guys!! 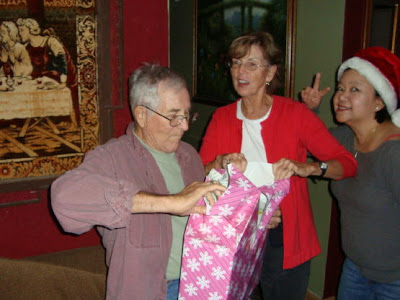 Here we are with the children: Russell, Jacob, Emily and Anthony! 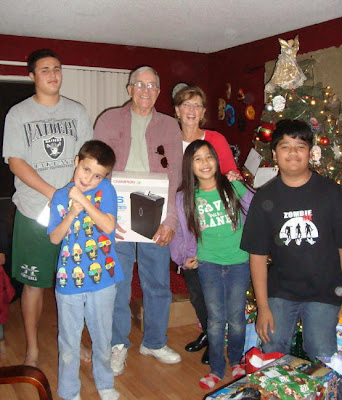 A Christmas picture with Rich and Marlow. 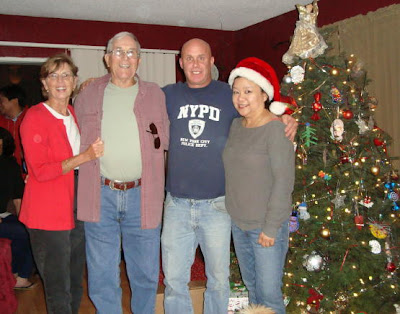 Later we all drove to a nearby neighborhood where all the homes on Christmas Circle were decorated with numerous lights. 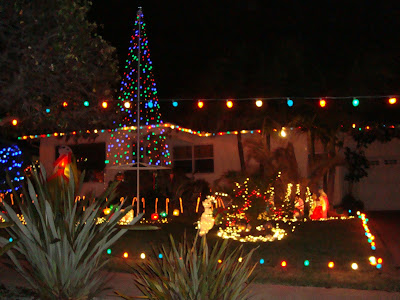 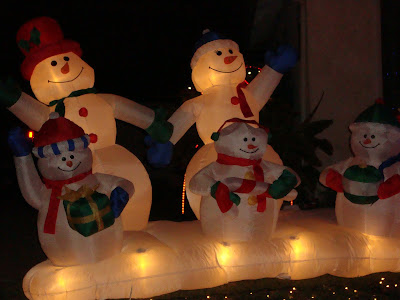 We had a most enjoyable Christmas, spending it with Rich and his family!!
Posted by Highway Runner at 7:38 PM