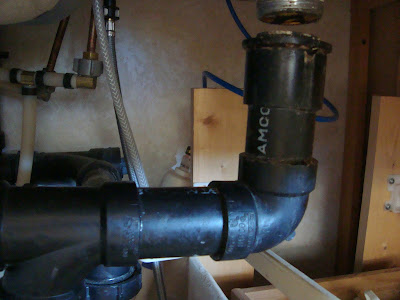 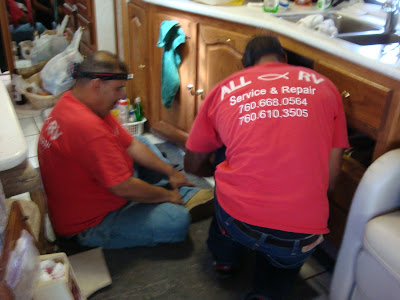 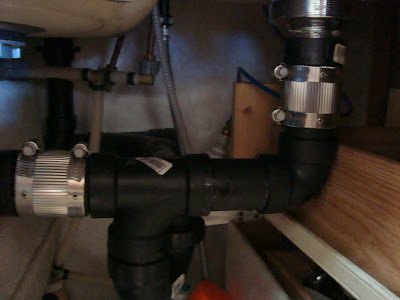 The replacement looks really good. Now we have stainless steel parts! And there is no leak!!
Posted by Highway Runner at 10:24 PM

Whew!!!!! Glad it was fixable at a decent price.

Just had Freddy G out to fix some plumbing and electrical problems - staying in Lake Cahuilla. Your post is what convinced me to call him - he's the best and yes, his prices are very reasonable!