Jan 28 - Saturday. My brother Nelson, from Chester, VA near our hometown of Richmond is working for a company that is in the process of performing inspections of the buildings on Air Force bases around the country. Next week they will be working in the Los Angeles area near LAX. He drove over to spend the weekend with us here at TT Palm Springs. He stayed nearby at the neighborhood Motel 6. It was really great to have him here!!
The first thing we did, after lunch, was to take him over to the Pickleball courts to hit a few balls and show him a little of what Pickleball is all about. He thought it was pretty neat! Had great fun hitting some balls. 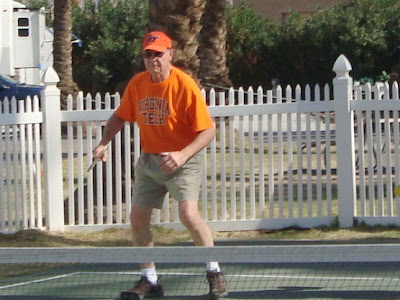 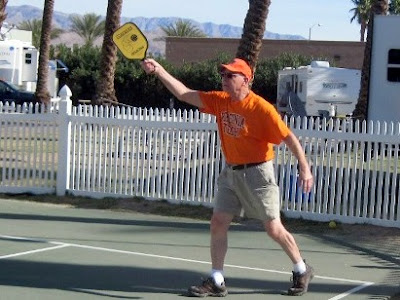 Ooops! Oh well, it happens to the best of us!! Don't give up Nelson!! 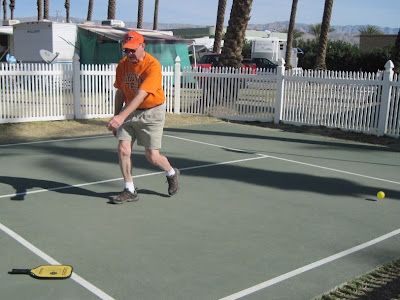 Nelson commented that the area did not look like a desert. So after Pickleball we drove over to Coachella Valley Preserve Visitor Center and took the hike to McCallum's Pond Oasis. He had his taste of the desert!! It was only one mile to the Oasis but it seemed like much further than that because it was all desert hiking!! 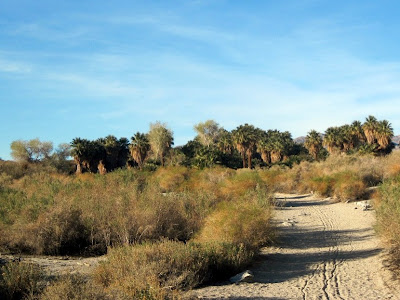 We finally made it to the Oasis - 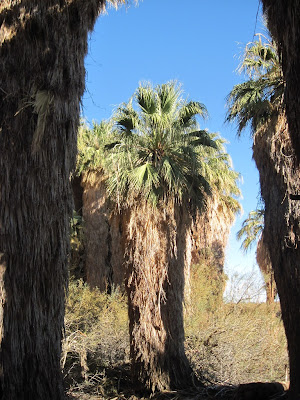 My brother, Nelson at McCallem's Pond. It was beautiful!! But then we had to hike back!! 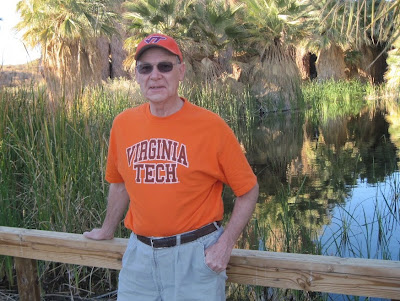 After the hike, we took him for a drive through Indio. Showed him Wal-Mart, Costco, Home Depot! We stopped at Shields Date Farm and sampled all of their date varities!! He passed on the Date Shake, even though I warned him that Everyone would ask him, "Did you have a Date Shake?"!!! Then we had to take him to WinCo!! He won't see that chain of stores back home!!
The day was over but not the fun!! Nelson had said he wanted to take us out to dinner. We choose the Elephant Bar, of course. We have been to the Elephant Bar many times for Happy Hour, but have never been there for dinner. What a treat!! 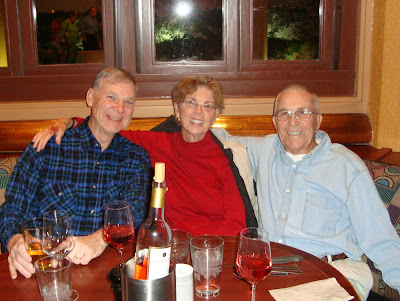 The meals were magnificant!! I choose the Macadamia Nut Crusted Mahi Mahi over rice with fruit salsa! YUMMM! 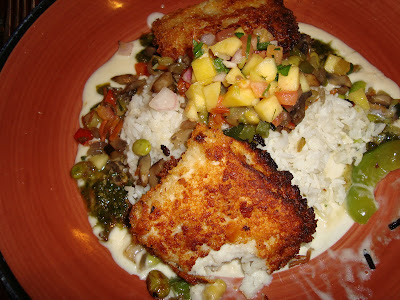 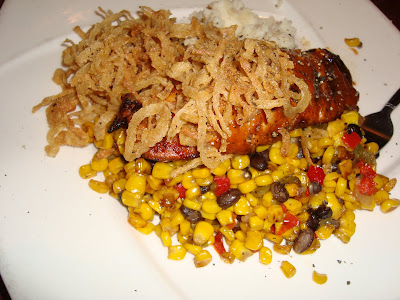 Ken had a Shrimp Platter -- Fifteen Shrimp prepared in three different ways!! He had already dug into the Terrieki Shrimp before the picture! 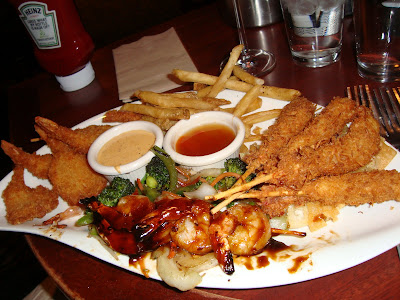 Since it was a birthday celebration, The Elephant Bar treated Nelson to an Ice Cream Pastery! And we gave him a Ninty-Nine Bottles of Beer birthday card! What a fun and delicious evening!! 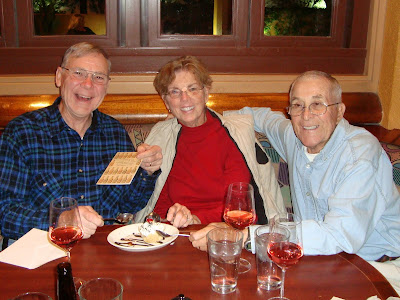 So glad you got out here to visit us Nelson!! See you in the morning!!
Posted by Highway Runner at 2:54 AM