What a bummer!!! Right in the middle of Pickleball season the courts are closed for a make-over!! 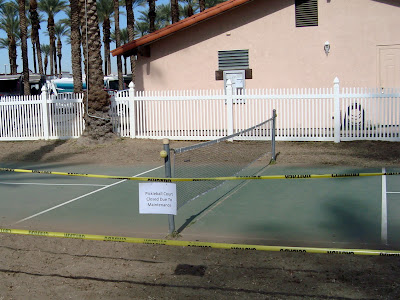 First, All the grass around the edge of the courts was removed!! 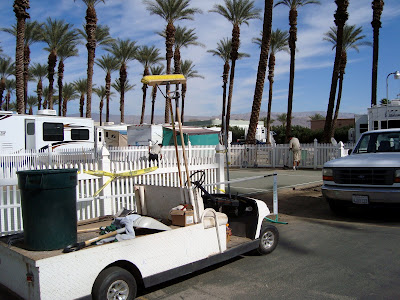 Then, some fill-dirt was shoveled in. 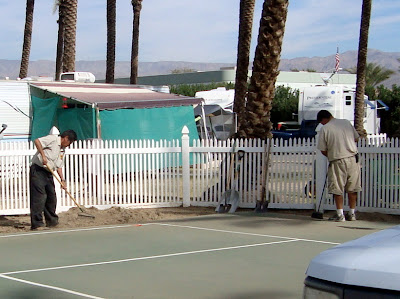 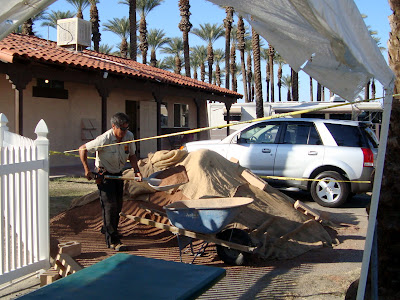 Next, it is spread around the outer edge of the Pickleball courts. I discovered the "stuff" is actually "DG" Decompressed Granite or "Desert Gold"!! It is used in eco-friendly landscapes as ground cover. Chicken wire was laid on the ground before spreading the DG to keep the gophers out. 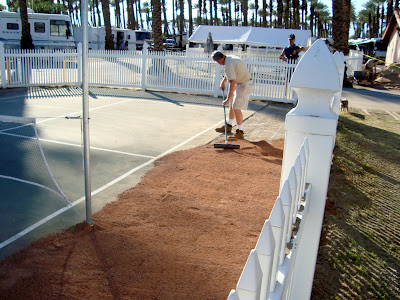 Hurray!! One court is now open. First match on the "new" court with Larry and Paul!! Notice the neat trim! 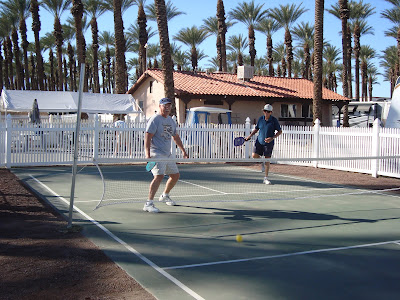 Cindy and Phil help to open the new court! 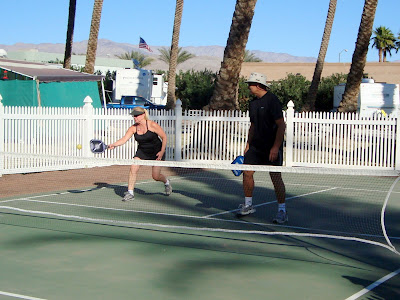 The court looks great!! And the DG did not track on the court! Thanks to all who helped!!
Posted by Highway Runner at 9:57 PM