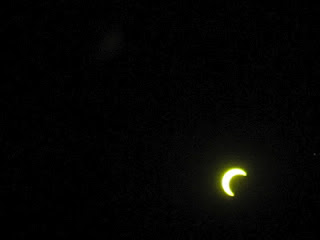 May 20 - Today is the day of the partial lunar eclipse out west and some of the players planned to go to the top of the hill to watch.  Tom said he has a welder's helment that you can use to observe the sun without harm to your eyes.

The Pickleball players thought it would be a great idea to have a Happy Hour before the eclipse, and that's what we did!!

After a period of eating, drinking, and talking, I announced that we had recently had a Happy Hour and most pictures from that occasion were subdued.  I said:  Your task at each table is to come up with some wild and crazy pose for my pictures of tonight's Happy Hour.

The first was at a large table, so the group of ten decided it would be fun to shoot pool with Pickleball paddles!!

There were only four in the next group.  They went deep into the mural forest for their picture with all the forest animals!!  Crazy! 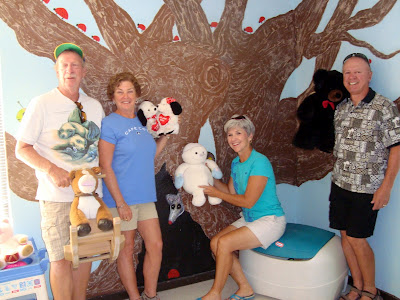 The group at our table decided to take our act from YouTube.  See if you recognize it! 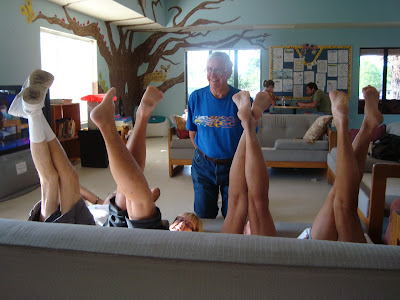 The stars:  Ken, Sandy, Faye and Del.  Jerry was our coach!! 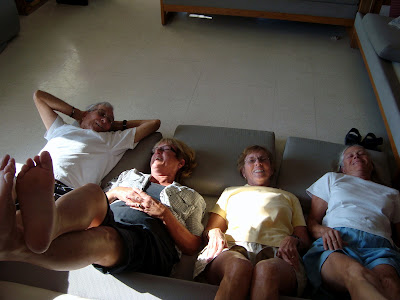 After all the fun, Sue wanted one serious picture of the group. 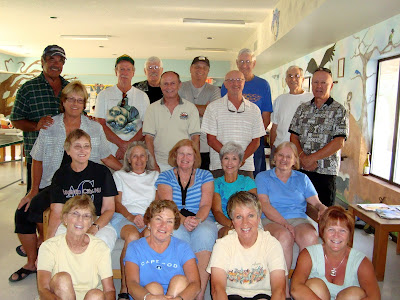 But, that didn't last long! We all had to get wild and crazy again! 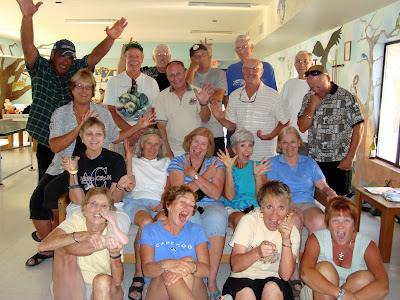 Fun Happy Hour!!  Now off to view the Eclipse!! 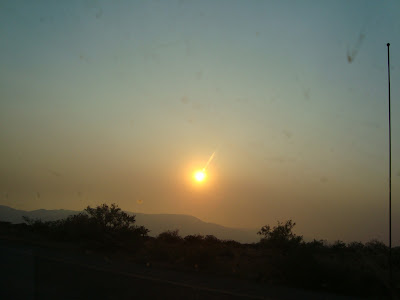 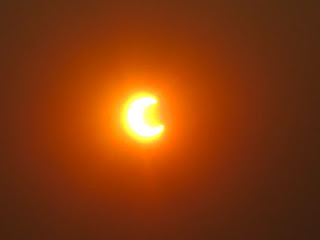 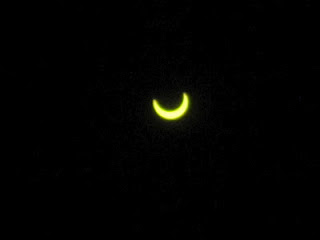 Thanks, Tom, for the great pictures!!

Posted by Highway Runner at 2:06 AM