May 21 - Pickleball was still going on at TT Verde Valley.  A few more pictures to add to the previous article.

We just met Diane and Jerry a few days ago.  Diane said they live in Fort Myers and play at their club. 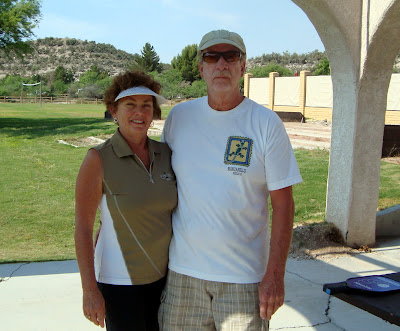 Tom and Becky just started playing Pickleball in January at TT Peace River.  They are the ones who invited us to watch the stars through their telescope.﻿ 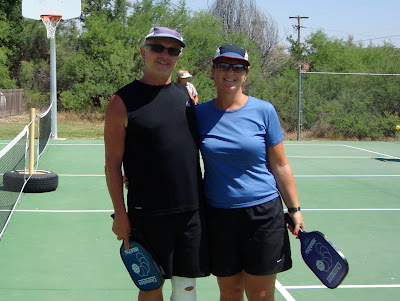 Here is Jerry and Bill playing against - 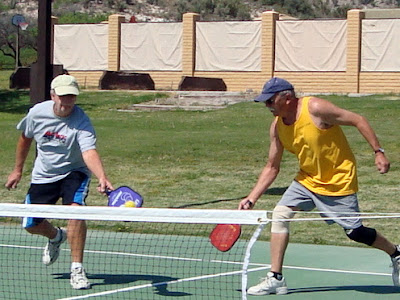 Jim B and Diane. 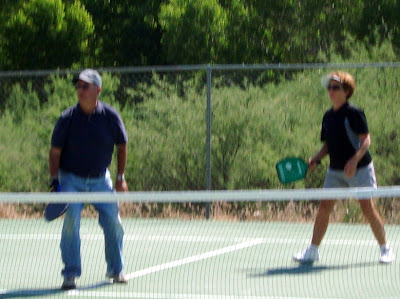 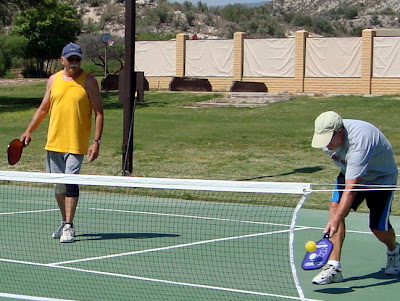 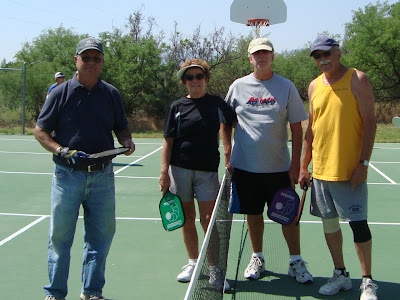 Tom and Becky were anxious to take on the team of - 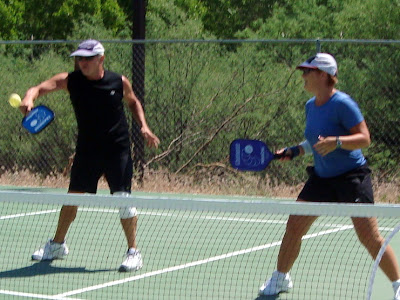 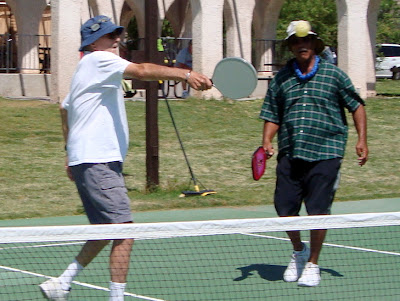 They did not know when the match began that it would be a marathon!! 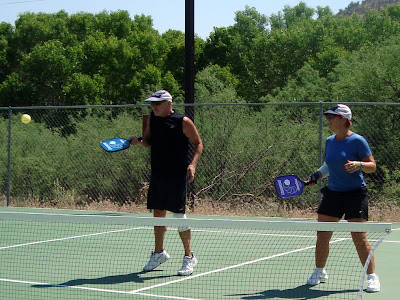 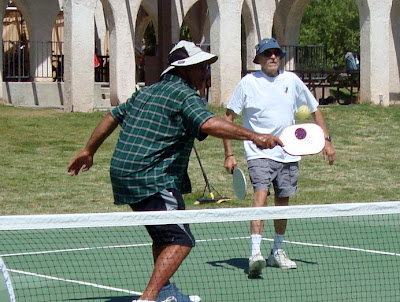 Congratulations to every body!! 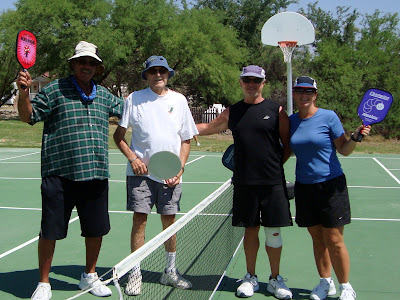 Sandy said Ed talks about that match all the time!  Ed said Ken had him running all over the court!  He did things he didn't know he could do!!  Two days later the two of them are still reliving that match!