ANOTHER AFTERNOON OF BOWLING AT BOWL-OF-FUN LANES!!

April 5 – Stan has been coordinating the weekly bowling all season and arranged for group rates for bowlers from Torrey Oaks and Peace River at Bowl Of Fun Lanes. Ken and I go bowling with the group every Monday afternoon when we are back in the Wauchula area. Today we had only nine bowlers, so Stan put all of us bowlers on one lane. We Had A Ball!!! 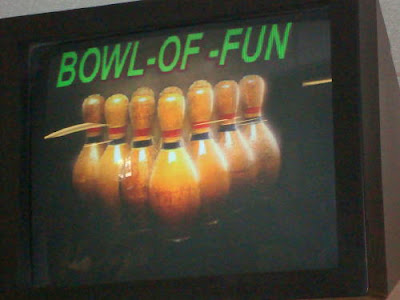 As in previous weeks of bowling, when ever someone got a strike we took their picture with arms crossed overhead to signify the strike!

Ken started the first game with a STRIKE!! 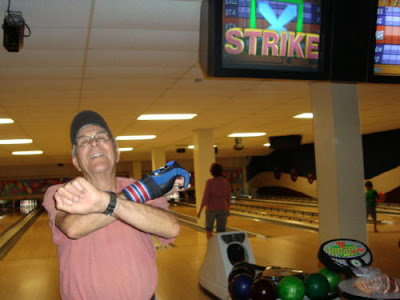 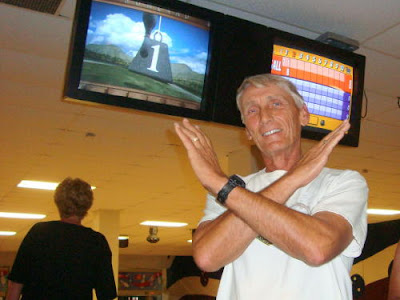 And Stan, of course, bowled a STRIKE!! He looks so proud you would never know he bowls strikes all the time!! 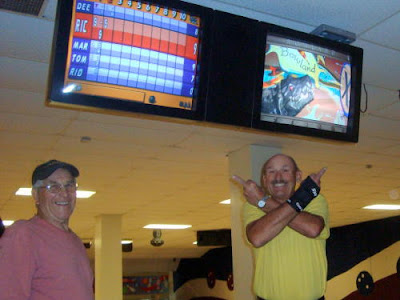 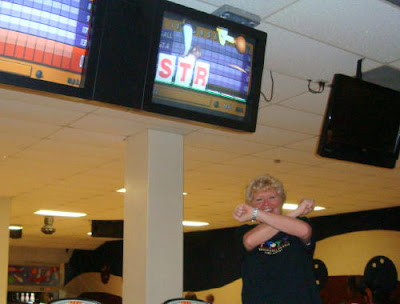 Rich P. wanted his picture taken even though he bowled a Spare!! Guess he thought he would never strike!! 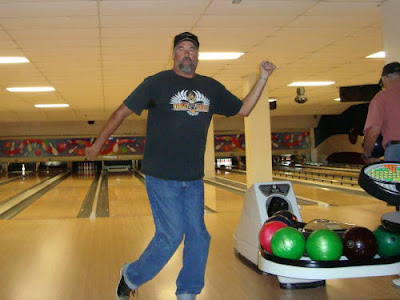 Ken didn't stop at one Strike -- Here he is looking at his TURKEY!! 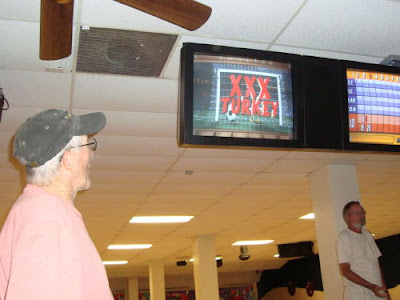 And Tom bowled a STRIKE!! 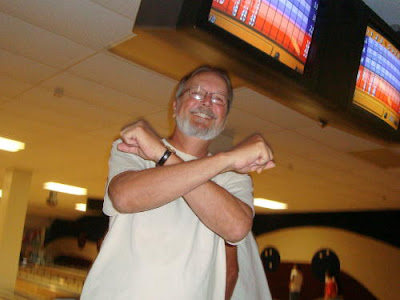 Ah, Rich P. did bowl a STRIKE after all!! 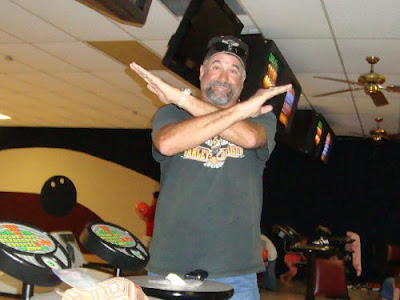 Here's Sally after her STRIKE!! 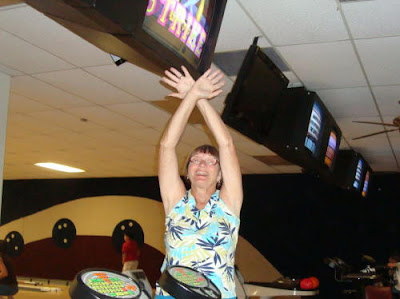 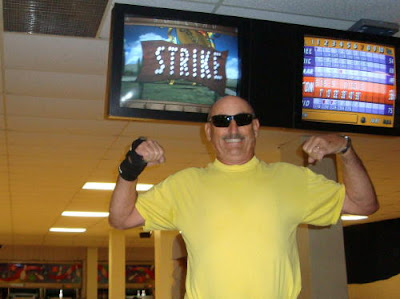 And here is Marge after getting a STRIKE! 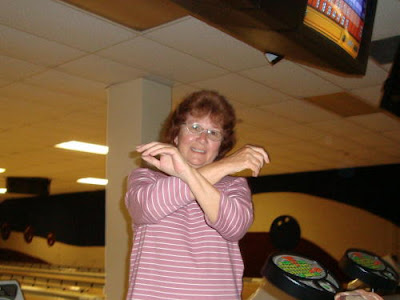 Everyone has scored a STRIKE except Faye!! I can't even break 100!!

Here is Dee with her second STRIKE!! 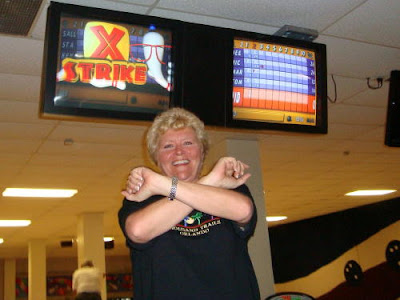 And Stan with - how many is that?? 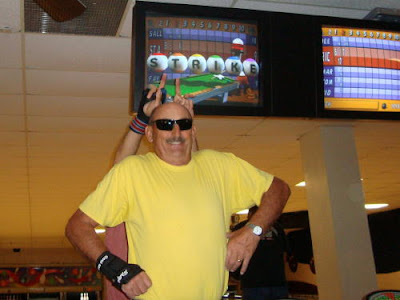 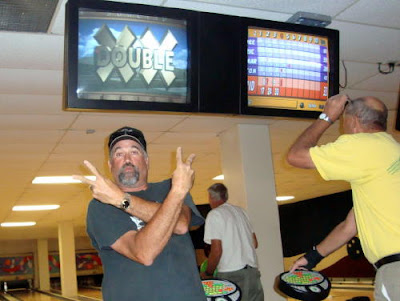 FINALLY!!! I get a STRIKE! That helped me to just break 100 in the second game! 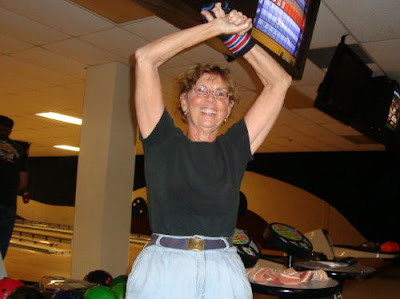 Stan gets another STRIKE! See what I mean! 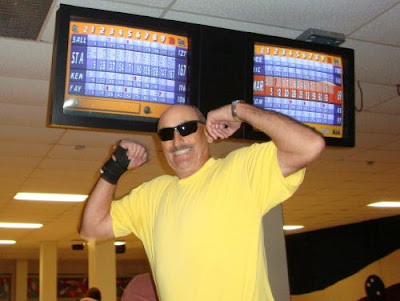 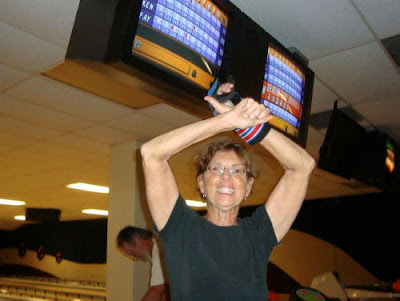 Group pictures between the second and third games. Stan is having a hard time handling his Big Balls!! 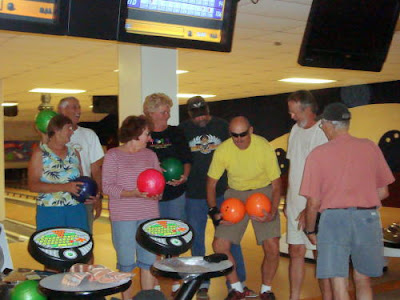 Here we are a little more organized!! 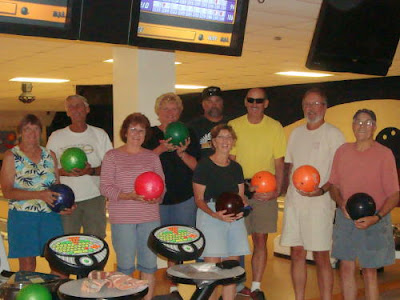 Ken continues to bowl STRIKES!! This is his second in the third game! 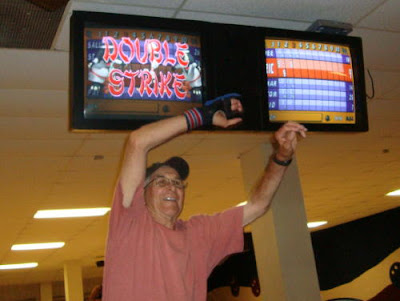 Here is the gentleman who runs the bowling alley. He's retrieving a couple of our balls. What happened is that there was a loose pin in the gutter. Rich P. bowled his ball so hard that it somehow knocked the stray pin into the ball return!! That messed things up!! 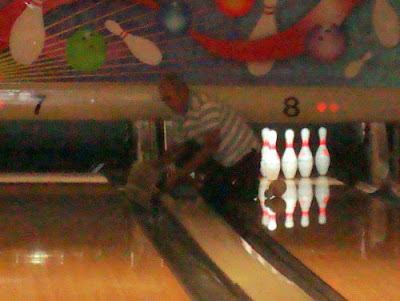 Looks like the third game is a charm for me!! Stan was so excited for me he wanted to pose in the picture, too!! 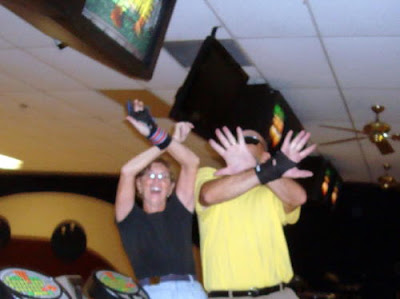 And yet another STRIKE for me!! 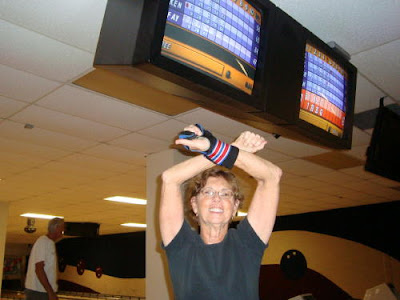 Sally gets another STRIKE, too!! 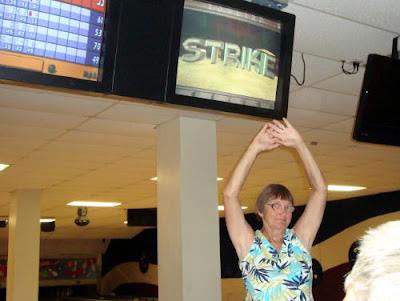 Stan cutting up on Ken's next STRIKE!! Sooooooo Many!!! 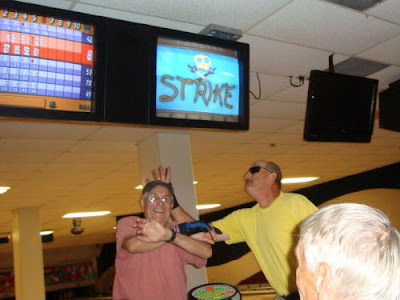 Rich gets another STRIKE, too. And Donna was not even there is see him score his highest game he has bowled in years. 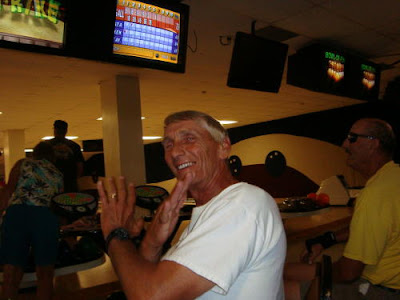 And yet another STRIKE for ME!! I would end up with a TURKEY of my own and one other Strike. That was four strikes in the third game. 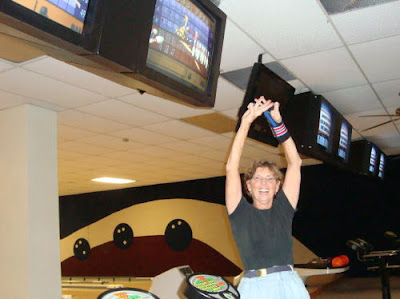 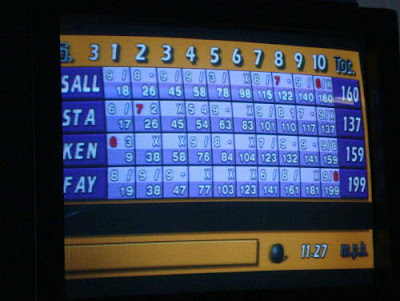