April 06 - This is a First for us! After Pickleball we headed to the grocery store. Dee and Rich’s site was on the way out of the campground, so we stopped to see if they needed anything from Sweetbay. Marie, whom we have seen around the campground but have never met, was talking with them. She came over to our car and, in her enthusiastic manner, she invited us to an impromptu dinner get together that she was putting together for some of her friends and anyone else in the park who wished to come. Please come at 4 o’clock this afternoon!! Bring chairs, beverage, your meat to cook on the grill, and something to share. She was so excited, we could not say no. 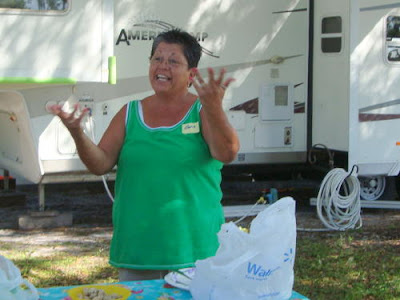 Here's Rich and Dee at the cookout. They are the reason we got invited!! 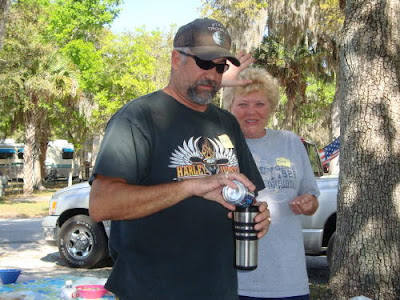 We had so much left over from the BBQ ribs we had at Smokey Joe’s that we wrapped them in foil to be heated on the grill. It turned out to be a great idea. As a side to share, I took Pam and Joe’s Jalapeno Poppers. 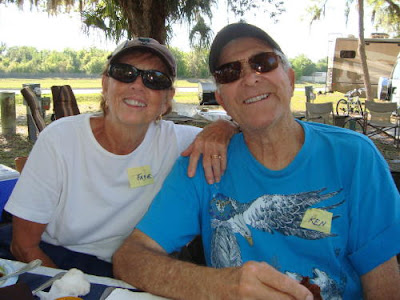 Fellow line dancer, Jerry and his wife Lynn, were at the party, too. In chatting with them, they mentioned that some friends of theirs had bought a site at Torrey Oaks. The friends turned out to be Joe and Cis!! Jerry said about four years ago, Cis came knocking on their door. She just had to see who was from Franklin, PA. We told them we have been friends of Joe and Cis about that long, too. We met them on the Pickleball court at Peace River and have been good friends ever since. What a coincidence!! 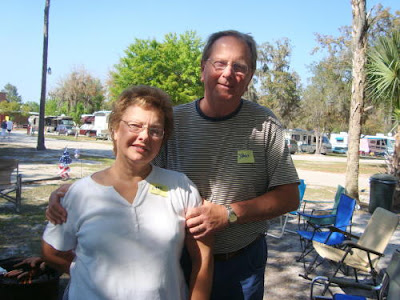 Here is the group of New Friends!! 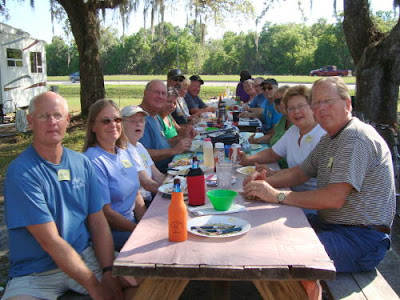 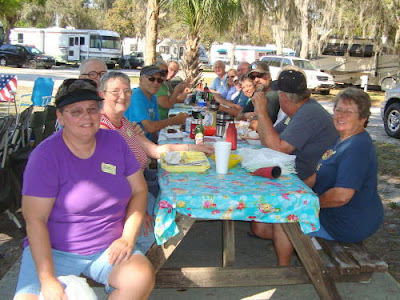 Thanks, Marie!! What a good idea!! Thanks for inviting us!!

Posted by Highway Runner at 7:10 PM