Our friend (and my Pickleball Partner in the 2006 Palm Desert Senior Games) spent the winter in Yuma, working with her friends.  I called her, hoping she was still in the Yuma.  She was not only in town, but she invited us to have lunch with her! 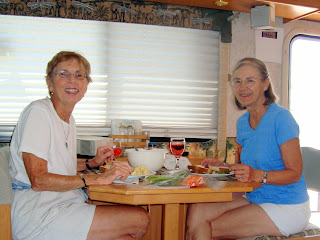 Lunch was delicious and it was great catching up with old times.  Thank you Carolyn.

The first train crossed into Arizona from California in 1877 on an alignment that corresponds to present-day Madison Avenue. The pivot that supported the swing-span rail bridge still exists and is the centerpiece of Pivot Point Interpretative Plaza. 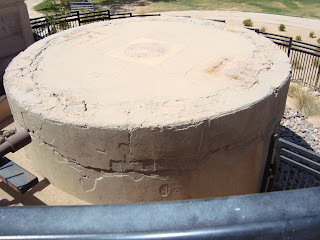 I read a blurb somewhere that the Government had forbade the Southern Pacific Railroad to build the railroad across the Colorado River.  So, the swing-span rail bridge was completed under the cover of night.  I have not been able to find that story again, but it was very intriguing!!

These are some of the panels showing how the Swing Span worked. 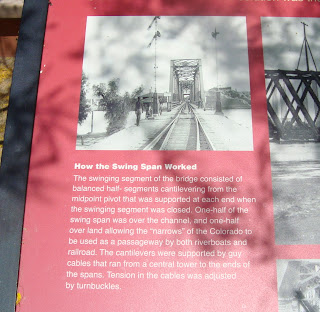 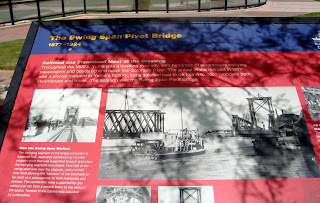 Looking down on the Park by the Colorado River at Pivot Point. 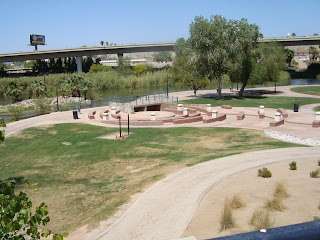 Posted by Highway Runner at 1:56 AM