FUN WITH HAROLD AND MARION IN APACHE JUNCTION, AZ

May 02 - 08 - We stayed at Countryside RV Resort in Apache Junction for a week before going up to Verde Valley for most of May and June. Our good Pickleball friend Harold and his new wife Marion live in a mobile home park in Mesa, AZ about five miles away from Countryside. They were gracious enough to entertain us during our time in Apache Junction.,

This is Harold's home in Mesa. 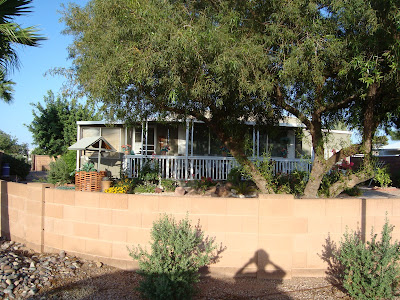 After Harold's wife Althea died early in 2011, his relationship with Marion, their neighbor across the street, soon changed to something more than friends and neighbors. They were married last December (and did it again in January) and now live in Marion's home. 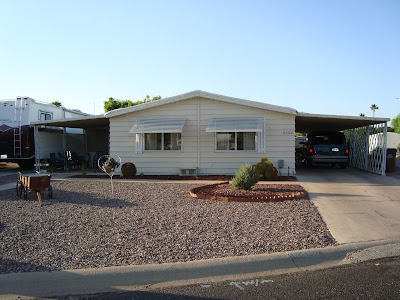 Saw these sculptures in the neighborhood. This is something you guys can do with your empty beer cans!! 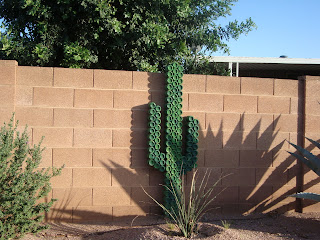 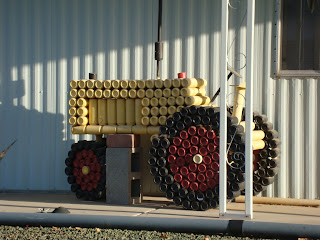 DINNER WITH HAROLD AND MARION

Harold and Marion invited us to dinner the evening after we arrived in Apache Junction. They also invited an old Pickleball friend of ours, Mel, whom we knew years ago at TT Verde Valley. Mel and his wife Bonnie live only a few houses from Harold and Marion.
Harold, Ken and Mel. 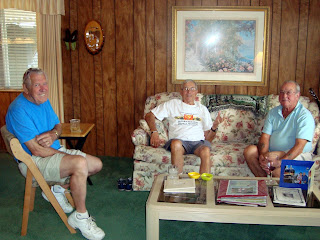 The ladies in the kitchen preparing the meal!!
Bonnie (we just met tonight), Marion and Faye. 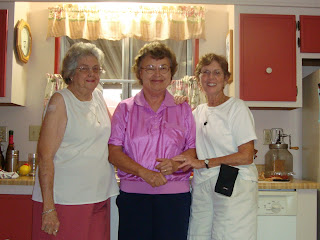 Marion served something we did not know even existed! Frozen Pre-cooked Hamburgers from Costco!! Better than the prepared Hamburger patties because you don't have to cook them!! Just take them from the freezer, into the microwave, and serve!! They were delicious, too. Moist and juicy, and they did not shrink in the microwave!! We'll have to give them a try! 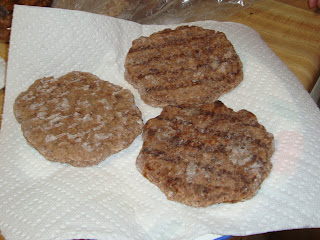 After dinner we all sat around playing Spinner, a dice game. I think we may have played this game years ago. The evening was a whole lot of fun.

On Thursday we all decided to take a day trip to Queen Valley RV Park. Ken and I stayed there for the month of November in 2000 and again in 2002. At that time Queen Valley was an Encore Park and offered a month's stay during the off season for only $99/month plus electric. We have such fond memories of our time there that we wanted to visit again. And Harold and Marion had never been there.
Queen Valley is East of Apache Junction, tucked behind Superstition Mountain. Superstition Mountain is a dominant landmark in the area. You cannot go anywhere without viewing the spectacular mountain! 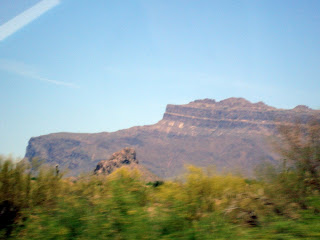 There is a beautiful pool and spa on the deck behind the club house. The other three went into the pool area when I was in the restroom. When I saw them, they were on the pool side of a big metal gate! 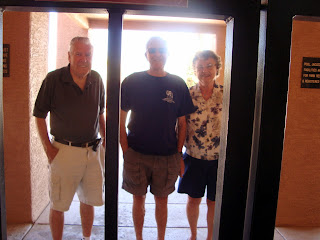 I was caught in the hallway on the wrong side of the gate!! 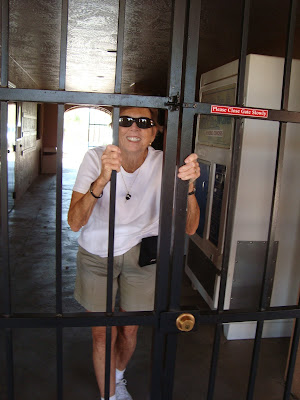 Some of the scenery as we were driving home. 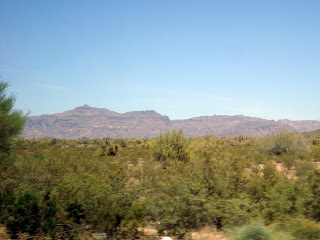 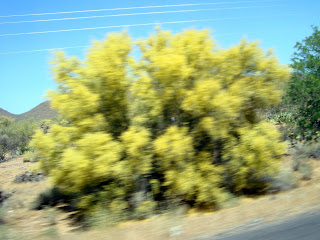 I could never miss celebrating Cinco de Mayo!! Although, now I wonder why I think I have reason to celebrate!!
I have know for a long time that Cinco De Mayo is NOT a celebration of Mexican Independence. An Apache Junction newspaper article refreshed my memory that Cinco de Mayo is a Mexican Holiday celebrating the Battle of Puebla, which took placeon May 5, 1862. In 1861, France, sent a massive army to invade Mexico, as theywanted to collect on some war debts. The French army of Napoleon III was much larger, bettertrained and equipped than the Mexicans struggling to defend the road to MexicoCity. It rolled through Mexico until it reached Puebla, where the Mexicans madea valiant stand, and, against all logic, won a huge victory.

The first Cinco de Mayo celebration took place in southern California in 1863. Why?? The same newspaper article stated that California held a big celebration because the French had promised to aide the South in the American Civil War. But, because of the loss of the battle at Puebla, the French were unable to keep that promise!! This, of course, would have an impact on the War!!!

Food for Thought: If the above is true, then Cinco de Mayo is actually a celebration of the South loosing the War Between The States!!!  Then why do I, a Southern Lady, celebrate Cinco de Mayo???!!! Because it's FUN!!
We celebrated Cinco de Mayo this year with Harold and Marion. 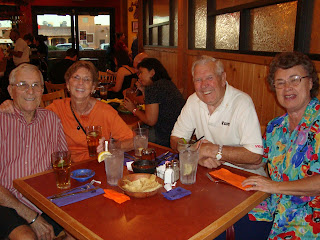 Harold and Marion enjoying their margarita! 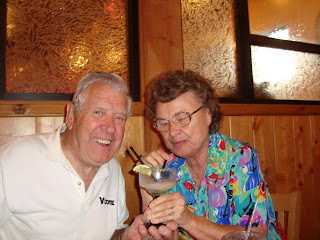 While the Mariachi band entertained us! 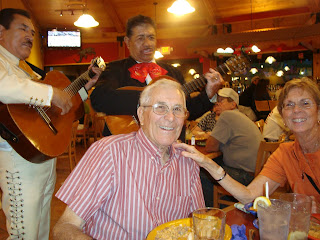 The food was delicious and we had a most delightful time!!
But it was not over! The Super Moon put on a show for us as we left the restaurant!! 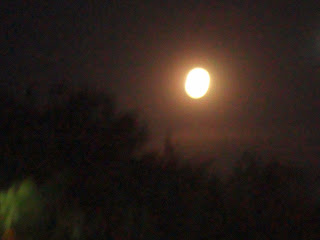 A perfect ending for a perfect celebration!

May 08 - We were supposed to have left Apache Junction yesterday, but here we are. (See Article: RV Repairs) Harold and Marion asked if we wanted to go out for dinner, but Ken suggested that we take ingredients for his Seafood Pasta to their home and he would prepare dinner for them!
Here Ken stirs the garlic, shrimp, crab, and minced clams to make the succulent sauce while Marion cooks the Linguine! 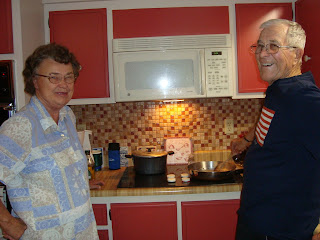 The sauce is ready! 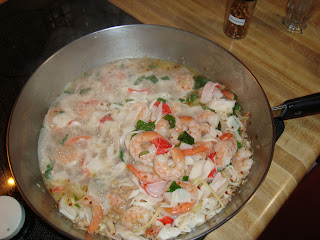 Thank you Harold and Marion for entertaining us all week!!!
Posted by Highway Runner at 2:07 AM