Roy, this one's for you! 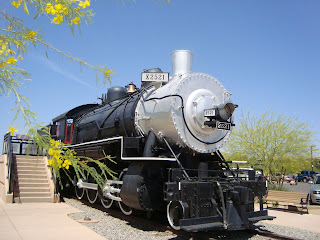 We were able to climb inside the engine!! 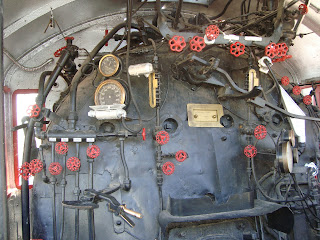 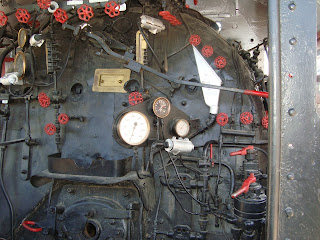 And walk all around it as we were exploring Pivot Point. 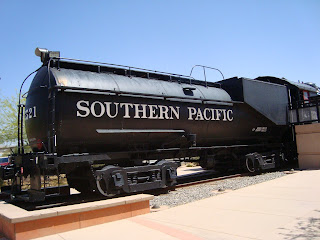 There was supposed to be a twenty minute sound display depicting the locomotive arriving at the station - "The Ghost Train" - but we missed it.   But, we actually heard the real thing when that old Union Pacific steam locomotive finally came down the track back in November with Roy and Sandy!! 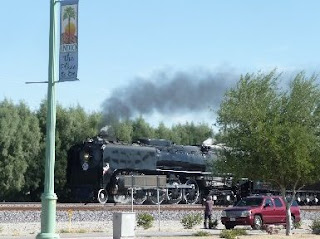 Posted by Highway Runner at 1:58 AM