Ken has not been feeling very spunky for the past several months--since February.  In mid-April he had defibrillator surgery in Palm Desert, CA which was supposed to make his heart beat stronger.  However, after three months, he has not noticed much improvement in his overall health.  He was concerned, and decided it would be smart to go back to the east coast while he was still able to drive the long distance.  So we started to make plans as to which route we would take, etc.  We decided to go the most direct route.  I-40 - a straight shoot from Flagstaff to North Carolina and then to Virginia.

On July 19, Ken had an appointment with his Primary Care Doctor at the Veterans' Administration in Cottonwood, AZ.  It occurred to him that Ken's problem might have to do with difficulty breathing.  He ordered Chest X-Ray and Pulmonary tests.  As a result of these tests it was determined that Ken suffered from emphysema and asthma.  The doctor ordered two inhalers for Ken to use daily.  He started one of the inhalers immediately, however, since the other inhaler was mailed to Richmond, we had to wait until we got back home to for him to begin the second inhaler.

Friday, Aug 9 - We began our trip back to Virginia.  The first day of our trip back East, we only drove 160 miles and stayed at a Passport America campground in Holbrook, AZ.  There was a good reason for making it such a short drive.  We wanted to visit The Painted Desert and Petrified Forest National Parks again.  It was heavily overcast our first time there, many years ago, so we decided to pay another visit.

The Petrified Forest NP is located within the boundaries of The Painted Desert, so you get two for the price of one.  Of course, with Ken's Golden Pass, we did not have to pay anyway. 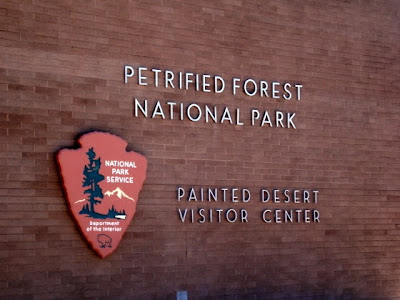 The view was spectacular!!  Even though this picture is brilliant, it does not begin to show the breath-taking beauty! 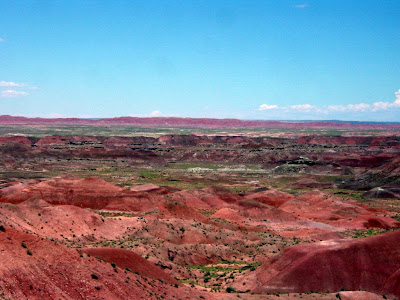 Ken caught me by surprise! 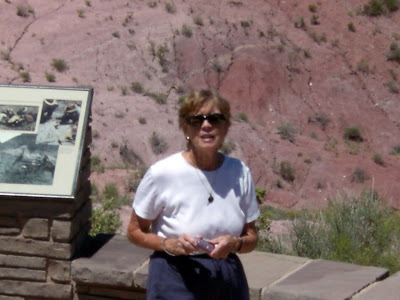 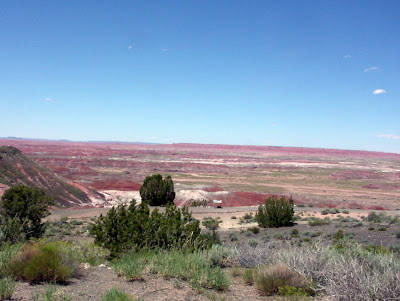 This is The Painted Desert Inn, an Historic Landmark.  I was disappointed to learn, however, that the entire building had been renovated in the Adobe style whereas the original had been built of Petrified Wood!  We saw a small sample in the building of the fireplace. 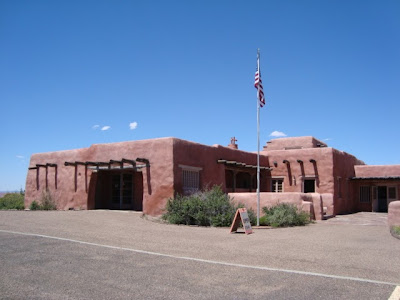 A view from the window of the most expensive room.  This view is the reason the room cost $4 a night! 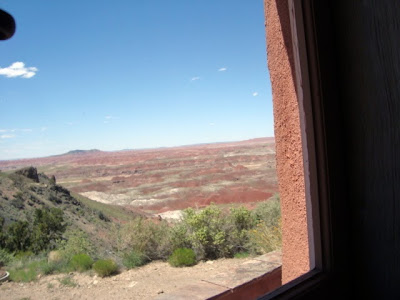 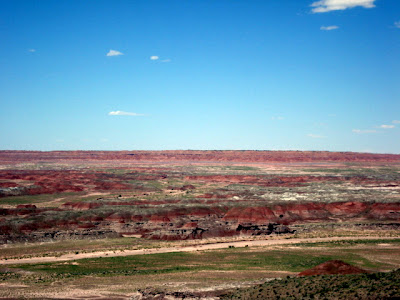 Before I-40 was built, Old Route 66 crossed through The Painted Desert.  They mounted this chrome grill on a big rock at the juncture where the road on which we were driving actually crossed the original Route 66.  This old Model-T, parked out in the desert, also helped mark the memorable spot. 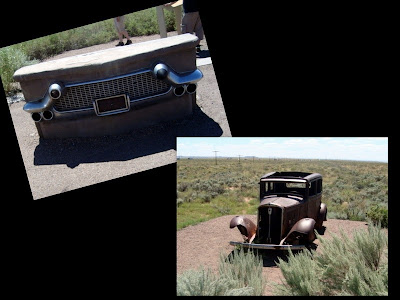 This area had the most unusual coloring!  The hill were striped!!  Red at the bottom and almost white at the top, with red bands running through it. 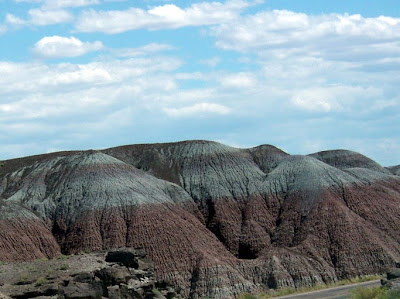 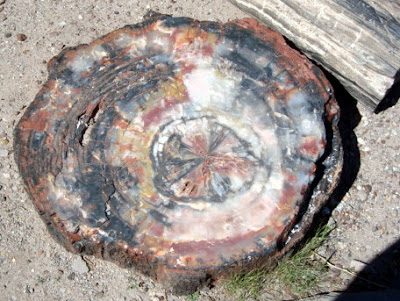 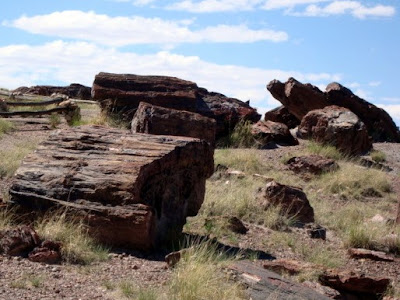 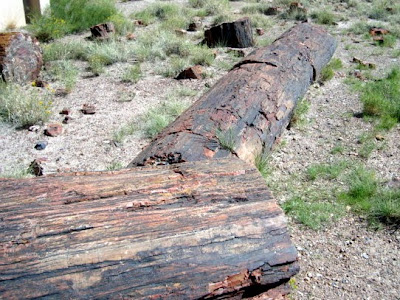 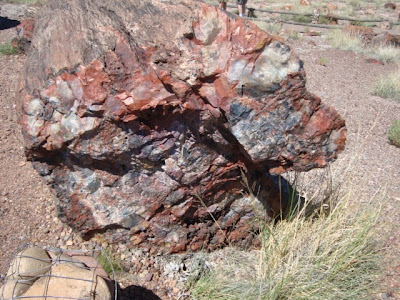 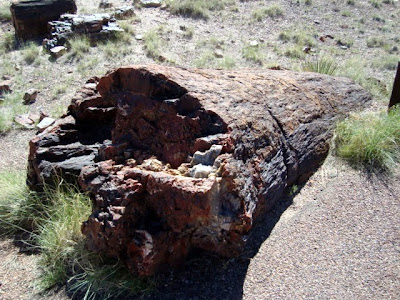 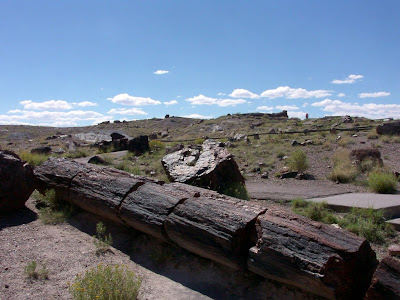 Saying Good Bye to the Painted Desert and Petrified Forest. 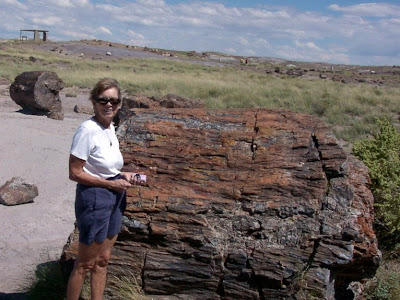 Posted by Highway Runner at 9:56 PM